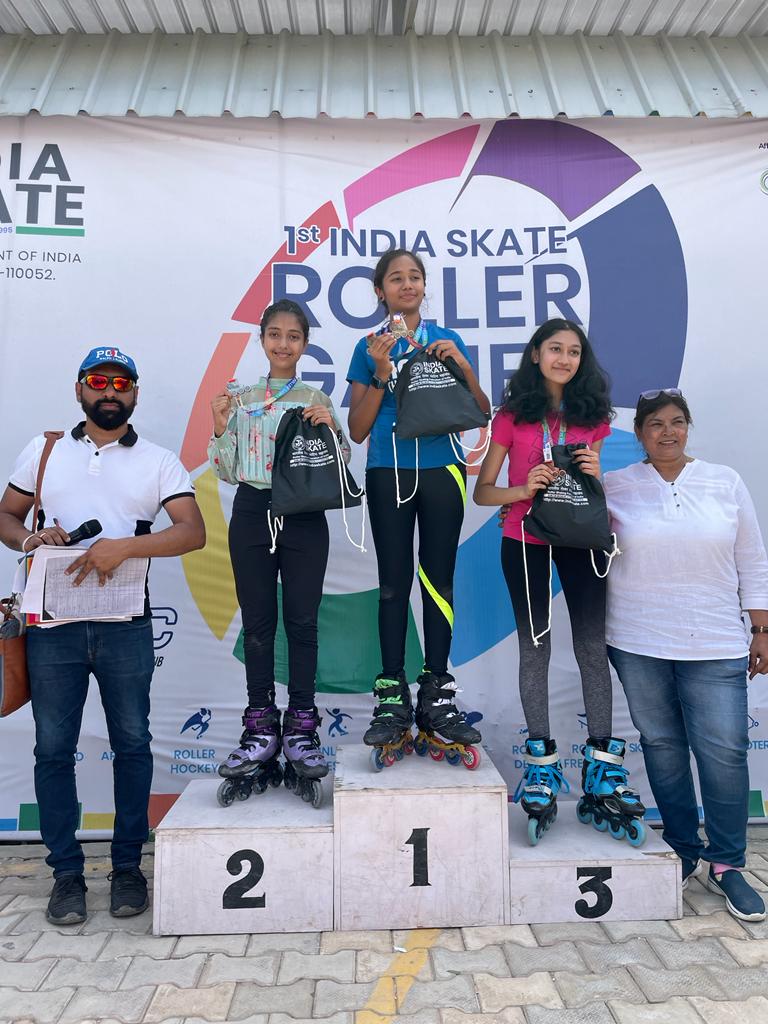 Tricity’s very own young prodigy, Janvi has once again shown her metal by winning Silver in Freestyle Slalom in Junior Girls 14-17 Age Category at the 1st India Skate Roller Games 2022 (1st Open Nationals) which was being held at Dhelpur, Mohali.

Her artistic moves in-between the line of cones is treated as the best by any skater (All Age Categories) in India and she is the master of these moves.

She is the first and currently the only one in India to roll downstairs on skates, for which India Book of Records has also accepted her record entry. She has won the National Gold in her maiden attempt in Roller Freestyle and 2 times running Champion.

Janvi is the youngest in Chandigarh to get both the top prestigious Awards of State i.e., State Award & Municipal Corporation Award. She has been honoured by the Chief Minister of Punjab, Capt.Amarinder Singh, BJP, Mahila Morcha, Chandigarh, Yoga Association & many others. She learnt all her trailblazing skills from her father who himself doesn’t know skating, but did it through Internet & YouTube!