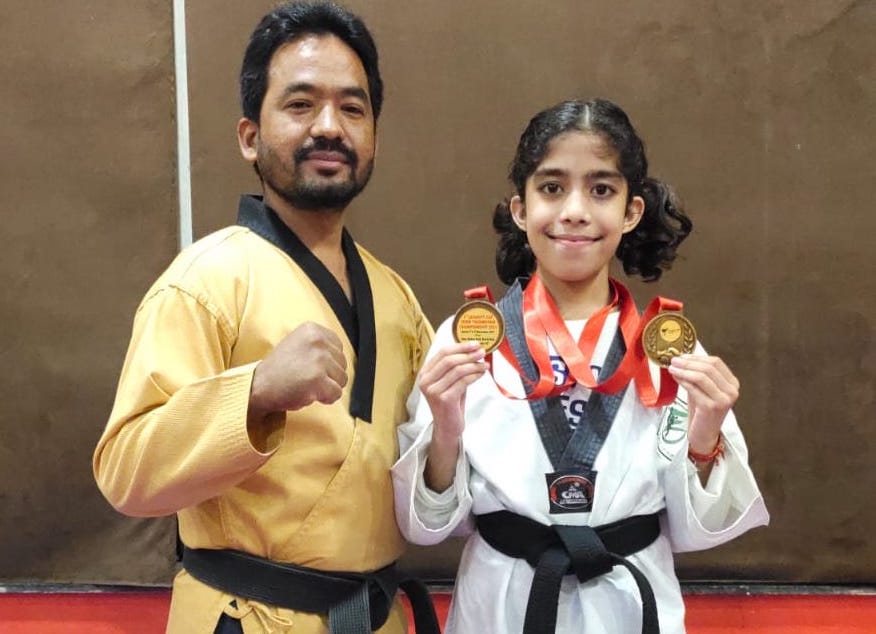 12-year-old Tarushi Gaur has recently been awarded the Pradhan Mantri Bal Shakti Award for excelling in taekwondo. She happens to be the only girl from the city who has got this award, which was given away in a virtual telecast on Doordarshan by the Prime Minister of India.

Tarushi has been undergoing her training at Emerald Martial Arts, Chandigarh since the age of 3 years under her coach Master Shiv Raj Gharti who is a 5th Dan Black Belt from Korea.

These awards are conferred by the President in a ceremony at Rashtrapati Bhawan. The Prime Minister also interacts with these awardees every year. The awardees of PMRBP also take part in the Republic Day parade every year.

However, in view of the Covid-19 situation in the country, it has not been possible to organize the award ceremony in New Delhi this year. The children along with their parents and concerned District Magistrates of their respective districts joined the event from their district Headquarters.

Tarushi Gaur is the only awardee who is awarded with this prestigious award from Tricity so far and she is also the first and the only person to get this award for Taekwondo.