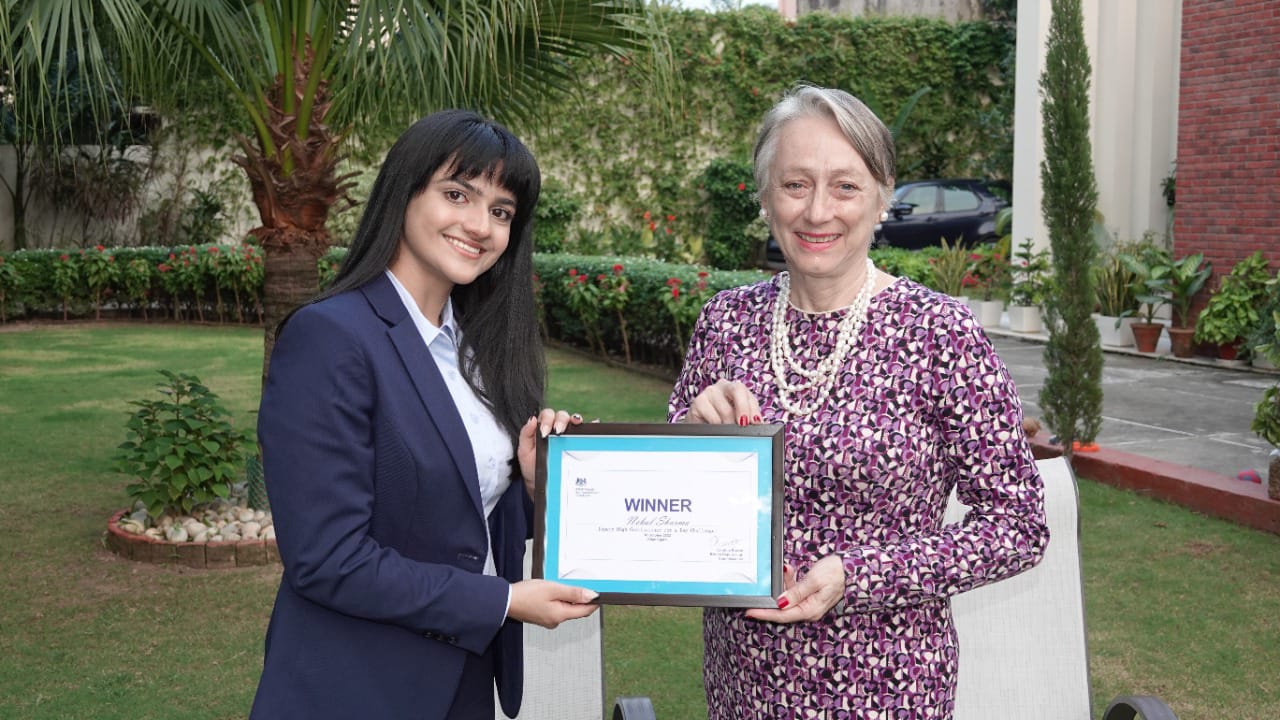 “It was a great experience to meet the British Deputy High Commissioner Caroline Rowett and their team and learn about their initiatives to strengthen the UK-India relations. I also got the opportunity to discuss issues like women empowerment, women’s participation in governance and climate change. This has certainly broadened my perspective about issues concerning women today,” says Nehal Sharma.

“It was a pleasure to interact with Nehal. We are extremely delighted to have received several entries from women for our initiative. I wish her all the best in her future endeavours,” says Caroline Rowett, British Deputy High Commissioner, Chandigarh.

To celebrate the International Day of the Girl Child, the British High Commission gave women from across India a unique opportunity to experience a day in the life of the UK’s top diplomat-British High Commissioner to India. The competition was open to women aged 18-23 and the deadline to apply was 4 September 2022.

As per the entry submitted by Nehal Sharma, her inspiration was Jaswantiben Jamnadas Popat, who is one of the founders of Shri Mahila Griha Udyog Lijjat Papad, a women’s worker cooperative involved in the manufacturing of various fast-moving consumer goods. She is one of the seven founders who founded the company producing the popular ‘Lijjat Papad’ in 1959 as a household venture. Jaswantiben Jamnadas Popat was conferred the Padma Shri award in 2021. She began her journey with an investment of Rs 80 along with six of her friends.