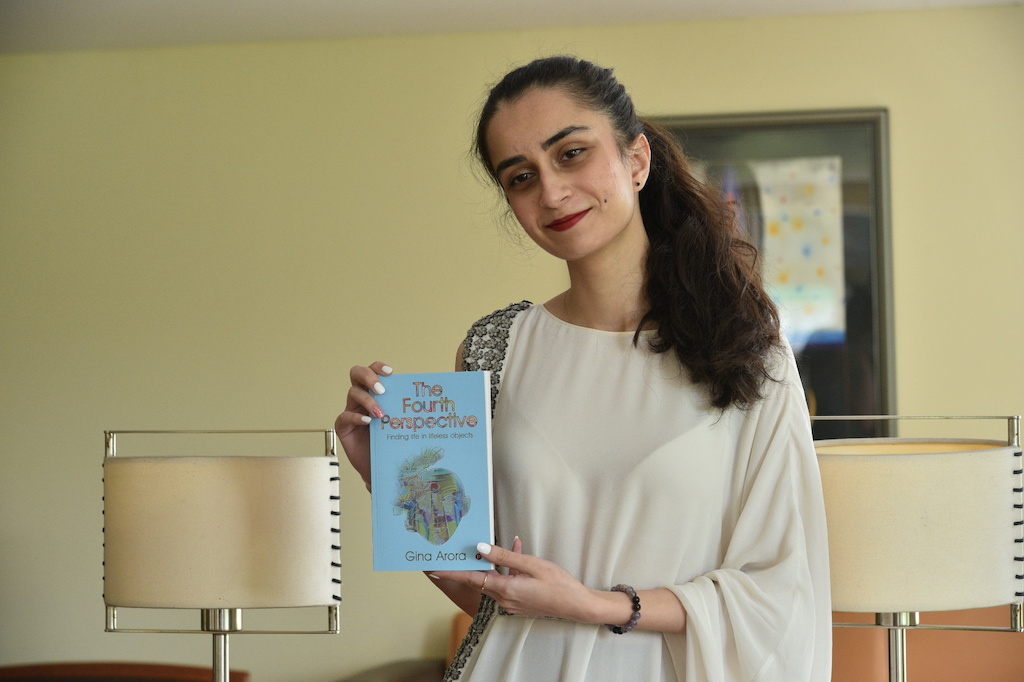 It is often said that there are three perspectives to everything; one that is yours, one that is mine, and one that is the absolute perspective, and Gina Arora’s latest book ‘The Fourth Perspective’ underlines the same.

Eighteen-year-old Gina Arora is no less than a young prodigy. She has recently finished her school and is about to begin her college at Bath, UK, this September to pursue a Bachelorʼs in Psychology. If thereʼs one thing that Gina has been sure of ever since the thought first came to her was getting into a profession which would allow her to heal people, and that’s how she decided to carve her niche in Psychology.

This self- actualized, stoic and absolutely gifted girl possesses an old soul and wisdom that is way beyond her years, and this book is the embodiment of her own universally appealing philosophies.

The Power of Perspective

While elaborating her ideology behind writing this masterpiece, Gina shares, “I have never really been able to fully comprehend binaries. I mean, I understand them, I understand the contrast between right and wrong, good and bad, positive and negative, truth and lies or pros and cons and I know what they objectively mean, and which is which. But I feel like our attempts to bifurcate every single action, reaction, sentence, emotion, thought or idea into either this or that is so futile.”

A Saviour in Disguise

Through the hidden virtues of the silent inanimate objects that we see around ourselves almost every day, there is an undying sense of solace or a sweet solution waiting to be tapped into in each of them, and that’s exactly what defines the fourth perspective. The culmination of the fourth perspective ultimately lies in the and you never know when they can serve as your saviours in disguise!