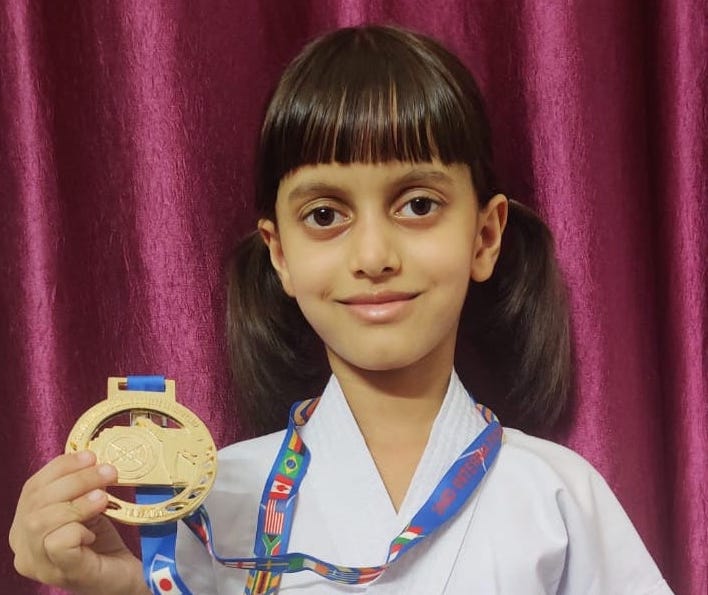 Tricity-based Anwesha Spehia has recently won a Gold Medal in the International Karate Championship which was conducted online from 4th July to 11th July in Kolkata with the participation of 24 countries from all over the world.

More than 600 participants of different age groups participated in this event. All the participants had sent their recorded videos to their instructors. After technical evaluation, the instructors forwarded the same to the organizers. All the performances were judged by different Grand Masters from Japan, South Africa, Greece, Ireland, Sri Lanka, Bangladesh, and Nepal. And after a thorough analysis, Anwesha bagged the gold medal!

This is Anwesha’s second International Gold Medal. She had also won the Gold medal last year when she was 5 years old.

Anwesha is a bright child; she is good at studies as well. Apart from Karate, she also has a keen interest in painting and dancing. Her father Mr Bhuwnesh Spehia 2nd Dan Black Belt from Japan is her Karate coach/ instructor. He has been teaching Karate both offline as well as online to many students across different states.