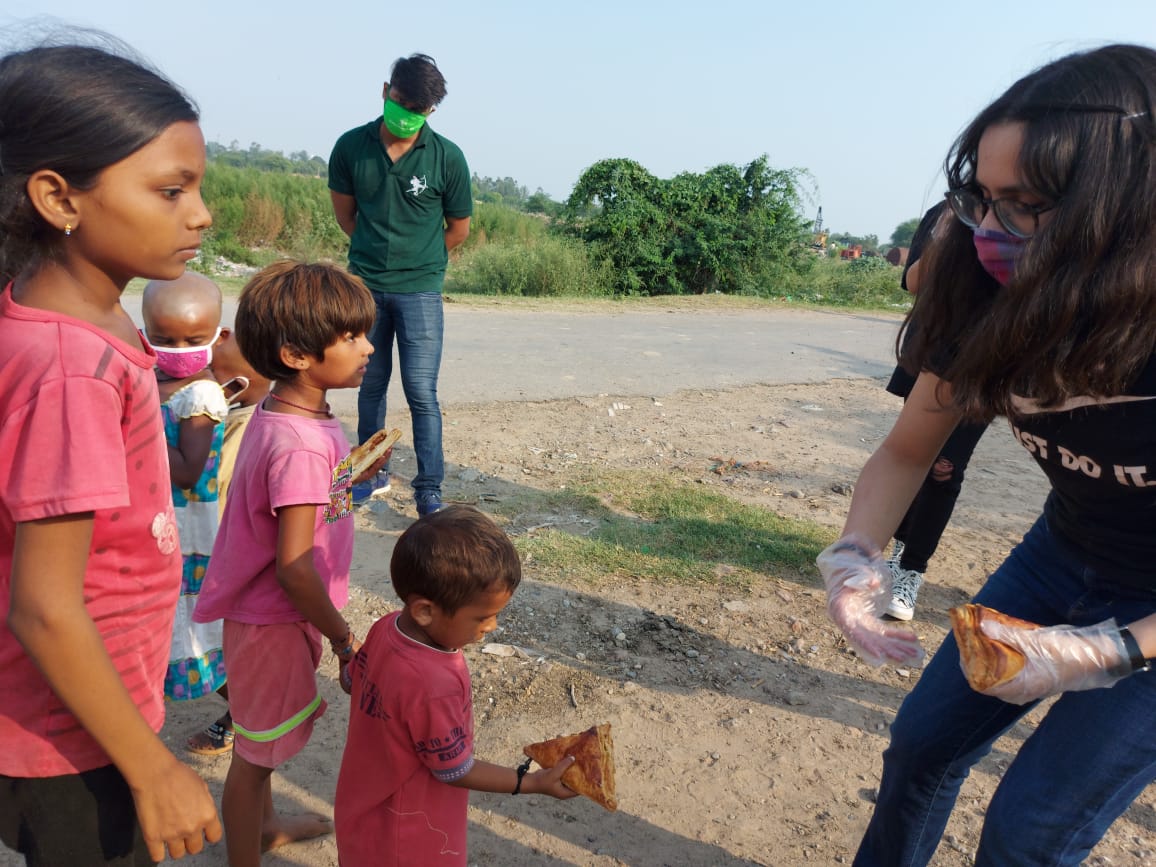 Giving Back to the Society

Karmacircles, an NGO founded by Kashish Dhingra, a student of Sacred Heart School, recently celebrated its first anniversary, and as a token of celebration, they distributed ration items to about 500 underprivileged people in various parts of Phase 11 Mohali.

Karmacircles was started last year in June by Kashish, who was also a part of NCC in her school, through which their school adopted a village on the behalf of NCC.

She was really disturbed to see the grim reality of life where even the most basic necessities were seen to be secondary things. There was no food, no safe drinking water and the girls were treated like animals.

So, after completing her NCC course, she was keen to start something of her own and that’s how she started Karmacircles. She was also inspired by the Robinhood Army and she envisions to expand her NGO within the next few years and reach as many people as possible.

In the past one-year, Karmacircles has done a commendable job, covering various areas of Tricity. They organize praise-worthy donation drives every Sunday in and around Tricity and often host different webinars to create social awareness.