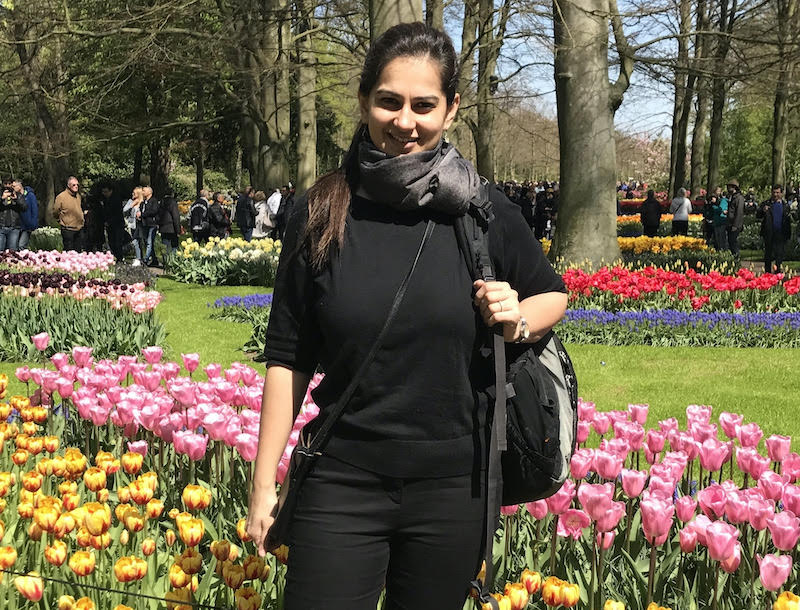 How can one influence social policy in a meaningful way from outside the government? We are sure many readers are dismayed by the myriad poverty issues that our country faces and the disconnect they feel from government policies. There are several ways to influence these policies, and Shrutika Sabarwal, an inspiring researcher is championing one such way in which she contributes to this effort.

Hailing her roots from the holy city of Amritsar, Shrutika is armed with a Masters of Science in Public Health from Johns Hopkins University, USA, one of the top schools in her field. She has dedicated her career to using research and data to influence government policy.

Spanning over several years, she has worked with prestigious organizations such as Population Council, Catalyst Management Services (CMS), and the Abdul Latif Jameel Poverty Action Lab (J-PAL), with a focus on conducting rigorous research in social policy areas such as gender-based violence, reproductive health, HIV, sanitation, nutrition, education, labour, and the ageing population. She also published her research findings in several international journals. Her inspiration comes from the work done by these organizations and people in this sector. For instance, the co-founders of J-PAL won the Nobel Prize in Economics for their experimental approach to alleviating global poverty.

Shrutika aspires to influence policy making through scientific evidence and has played an important role in several projects to advance this mission. For instance, in 2014, the Government of Tamil Nadu partnered with J-PAL to institutionalize the use of evidence in policy making by evaluating innovative programs, strengthening monitoring systems, and enhancing the government officials’ capacity to generate and use data. Shrutika played an important role in this partnership by working closely with other experts in her field, running large scale research studies, and building the capacity of government officials to understand, implement, and use research to inform their policy.

The State and Central governments collect extensive data on numerous human development outcomes but are often only used for high-level reporting. They can harness the power of this data to really understand the needs and mould policies that can benefit the population. Other important uses of administrative data are assessing the effectiveness of policies and programs, improving service delivery, and managing existing resources.

Contributing to the Society

It is encouraging to see the meaningful intersection of research and policy making, and that researchers and data experts can contribute to and influence government policy, even from the outside. Inspired by the positive outcomes of her work and realizing the need for reforms, Shrutika continues to be a strong advocate of this promising field that has high social impact, contributing to our society in a tangible way.

Shrutika now works at Arnold Ventures in the USA, which aims at practising philanthropy with the mission to invest in evidence-based solutions that maximize opportunity and minimize injustice. She manages a portfolio of investments to generate rigorous scientific evidence, which the government can use to create and impact policies.