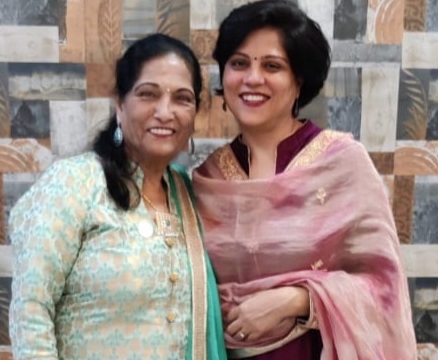 Live Life Queen Size: A Homage to a Brave Mother

There is no one for whom it is well.’

The lines from Chinua Achebe’s magnum opus Things Fall Apart aptly sum up the status of man and his painful existence in this world. Every religion and every philosophy have professed an almost similar decree. Nanak in Guru Granth Sahib said “Nanak dukhiya sab sansar”. Gautam Buddha was pleaded by a bereaved widow to bring her dead son back to life. Budha asked her to get some mustard seeds from the family where no one had ever died, in turn sending across the message that ‘pain is a universal phenomenon that hardly spares any individual’. However, it is an individual’s choice to choose between brooding over his pain and making his life miserable or to take pain in his stride and live life to the hilt.

My father had a humble beginning and a load of responsibilities on his shoulders equivalent to Atlas’s. After their marriage, my mother perseveringly and devotedly shared my father’s responsibilities and whole-heartedly contributed to the family by taking up a job and simultaneously managing the household. Since means were always limited, there was hardly any scope of splurging or going out on exotic vacations. Of course, the main focus of their lives was to provide a good education to their children and help them settle in their lives. When my father retired, he often became pensive over the fact that he denied my mother many pleasures of life that she deserved. My mother was to retire in November 2008. The beginning of the same year, my father could often be heard saying that they would go on a long and exotic vacation once she retires.

In September 2008, two months before her retirement, my father became critically ill and was admitted to a hospital. On 21 November, my mother went to hand over her retirement papers to the clerk, leaving an attendant by my father’s side. While she was about to hand over the papers, she received a call from the hospital that my father was no more.

One week later, she retired from her job and came home to an empty room where no husband was waiting to take her on a vacation. For a couple of years, my mother led an insipid life mourning her loss. Then one day she decided that she would live the rest of her life with full gusto because that was what her husband had wanted. It has been over thirteen years since she has had an active social life as she is now a member of so many clubs and associations including the Senior Citizens’ Club and she does her fair share of social work by contributing to the cause of community weddings and orphan children. She has also revived her singing talent and is a much sought-after singer among her peers. The best thing about her is that she no longer mourns her loss but celebrates life with full gusto. In fact, she is a bundle of inspiration to all of us.

A few days ago, she called me and said, “You always write about your father and never about me.” I was slightly taken aback and told her that since Papa is not among us, I wish to pay my tribute to him by writing about him.

Her response left me pondering, “If I don’t read what you think about me while I’m still alive, what use would it be when I’m dead.” So, this Mother’s Day, I pay my humble tribute to her and to many more like her who choose to live life Queen Size.