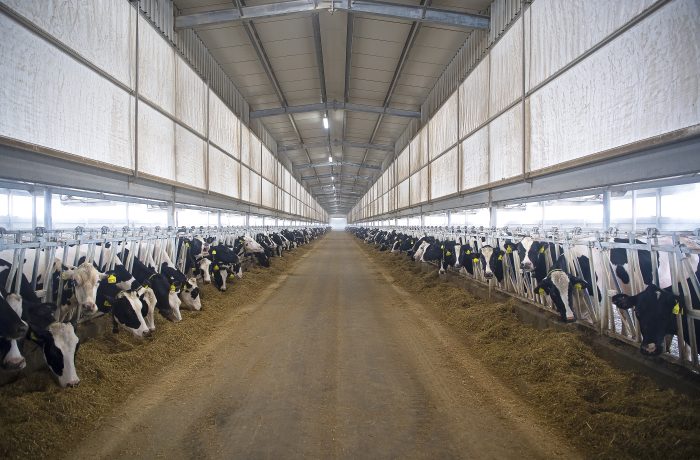 The Journey to Self-sufficiency

There is a saying, “When the going gets tough, the tough gets going” which is so apt for Baladna, Qatar’s Dairy that is very dear to its residents and nationals. The going got tough for Qatar in June 2017 when the neighbouring countries including Saudi Arabia, UAE, Bahrain severed ties with Qatar and consequently imports from these countries were blockaded.

At that time, 80 percent of the country’s dairy needs depended on exports from Saudi Arabia but with the blockade, all those supplies dried up overnight and the government of Qatar was left grappling with this sudden fresh food crisis. Soon enough, friendly nations stepped in and initially, dairy and other fresh food products were flown in from Turkey, Kuwait and Iran.

Qatar government at this juncture realised the need to be self-sufficient in producing basic fresh foods like milk, fresh vegetables and meat, and thus began an incredible journey toward self-sufficiency.

Baladna Food Company, that was still in early stages of planning a dairy as it was mainly a sheep and goat rearing farm and meat plant, hastened its plans and set up the dairy farm within two months of the blockade i.e. by end of August 2017.

They could not wait for the cows to be shipped in via the sea route as it would take very long for the cows to arrive, so they took the next available option and used the airways. So, the first batch of Holstein cows were flown in from Germany within a month of the blockade.

Subsequently in the next 6 weeks shipments of as many as 4000 cows were flown in by Qatar Airways Boeing 777 freighters from Australia, USA and Germany. It took some 60 flights to airlift these bovines. The owner of Baladna and chairman of Power International, a conglomerate of Qatar, Mr Moutaz Al Khayyat told the newspapers at that time ‘it was time to work for the country.’ And certainly, he made the blockade largely inconsequential and the country self-reliant.

As of 2020, Baldana has spread over 2.4 million sq meter area housing as many as 20,000 cows. The owners of the farm have left no stone unturned to care for their cows that are used to the cold climes of the temperate region and it can go up to 46 degrees Celsius in the desert summer, so they are housed in air-conditioned barns fitted with large fans and water sprinklers to maintain humidity.

The floors have rubber matting to minimise injury due to fall. The farm is using state of the art 100-unit rotary parlour that can milk 750 cows per hour. This parlour was shipped in from Ireland.

Within two years, Baladna has become a household name in Qatar as this dairy is not just supplying fresh milk but also all kinds of cheese, fresh cream, yoghurt, milk-based desserts, lassi and ghee.

The success of this awe-inspiring company can be measured from the fact that not only has it made the country self-sufficient in its dairy requirement but has also become an exporter of milk products to several countries in the region, which include Oman, Yemen and Afghanistan.