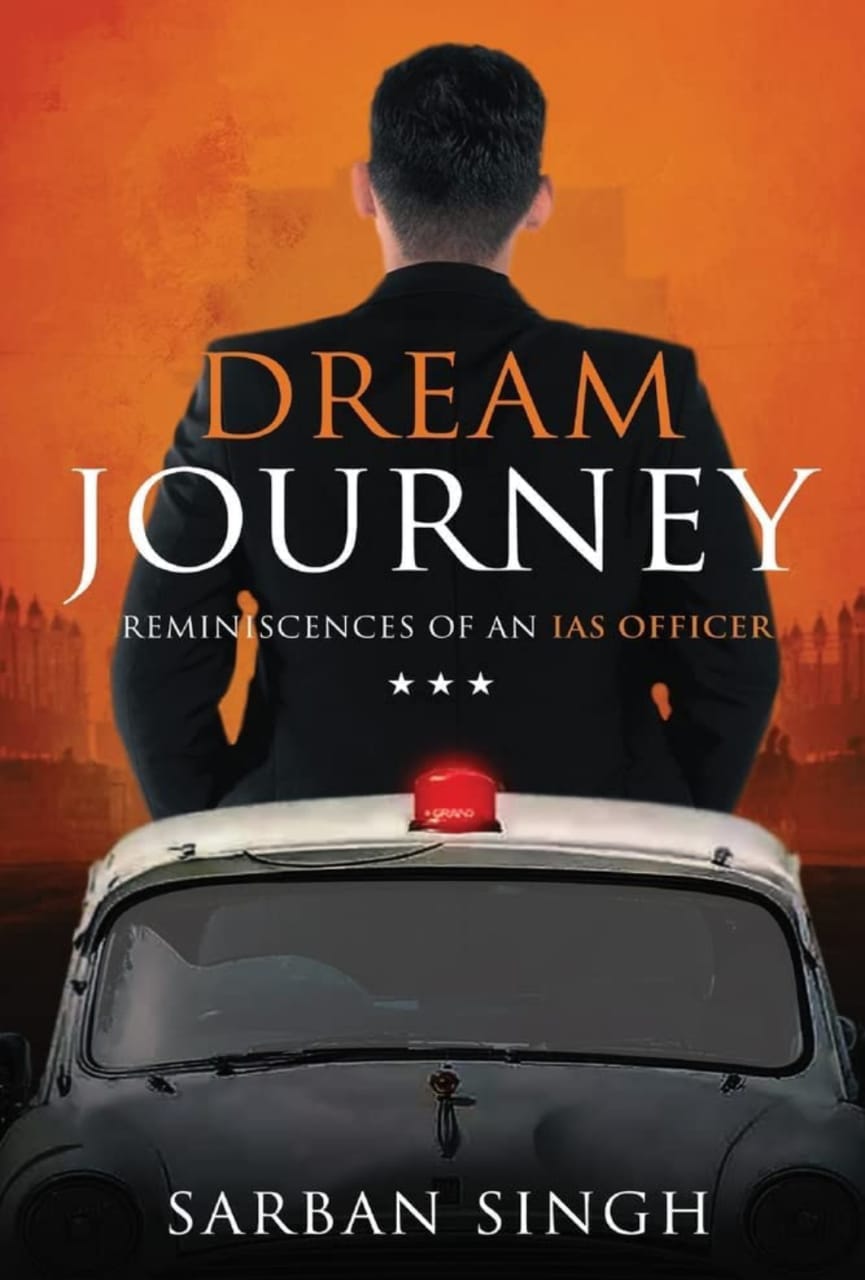 The Dream Journey: Reminiscences of an IAS Officer

The act of attempting to write a book, even while it is unpremeditated, stems from IAS Sarban Singh’s instinctive desire to narrate the incidents and the events of his life that may induce reader’s curiosity to know the kind of efforts one makes, challenges one faces, hurdles one crosses, and the encounters one experiences in achieving one’s cherished goal, and once the ‘dream comes true’, the kind of trajectory that follows. All this is underlined in his latest book – Dream Journey: Reminiscences of an IAS Officer.

As one embarks upon the journey traced in the book, one may find hard work, destiny, and chance at play – that contributes towards making this book an eventful, satisfying and a fulfilling feat.

The narrative is found to be a wholesome package, encompassing major facets of life: efforts, hardships, achievements, human relations, values, emotions, beliefs, ideas and much more!

The book may be of interest to those who aspire to join the civil service, who are a part of the civil service, and who want to have some glimpses of the ringside view of the administration, as presented by an insider (unpretentious).

Finally, it may turn out to be an unostentatious account of events as put forth by a plain-speaking individual who loves enjoying every bit of this invigorating journey called life!

About the Author: Sarban Singh is an IAS officer of the 1983 batch, Haryana Cadre. He was working as Additional Chief Secretary, Haryana (in the Apex scale), when he took voluntary retirement in July 2014 to join the Haryana Right to Service Commission, of which he held the charge of Chief Commissioner by the time he completed his five years tenure.

Before joining IAS, he served in the Indian Economic Service. Prior to that, he had a brief stint in the banking sector.

Having been to a dozen countries, his one year stay in the U.K. earned him M.Phil. in Economic Planning from the University of Glasgow.

Surely, the storyteller will take the reader along at every step of the fascinating journey of more than four decades of a boy, for whom dreams are made to happen in real-time and precede the actual world.