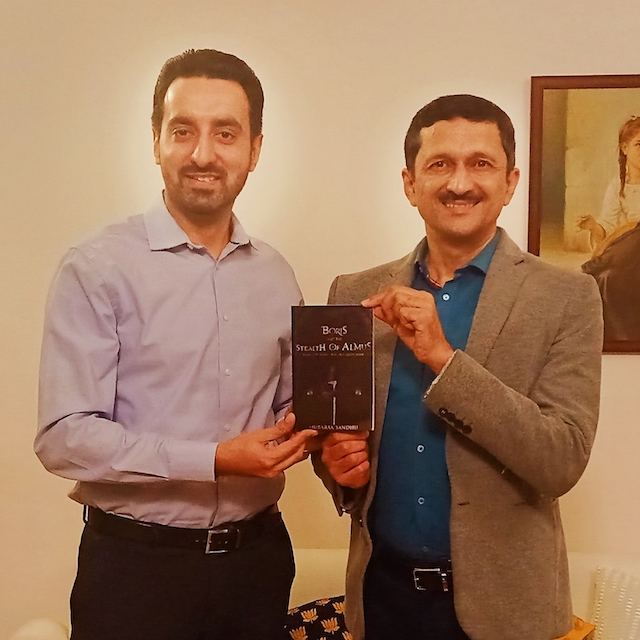 Fiction is a genre which is considered relevant for all age groups across the whole world. The imagination and creativity of a fiction writer can grab the attention of all kinds of readers and critics.

This is what exactly happened when Mubarak Sandhu released his novel ‘Boris – The Last Qahn Alive’ last year! And the same is happening again with the release of the second part in this series which is named ‘Boris and the Stealth of Almus’. Published by Paper Towns Publishers, this book is available exclusively on Amazon in both eBook and paperback formats. This book was released by Mr Vivek Atray, ex-IAS, motivational speaker, and author on 5th November 2022, on the occasion of Mubarak Sandhu’s birthday; thereby making his day even more special and memorable.

The first part of this book introduced the lead character of this novel, Boris, as the sole saviour of the Kingdom of Ekaardus, who kills Crato and brings his wrath to an end.

The second part carries the same story further, but there is a huge twist at the beginning of the book itself, wherein Almus steals the Spear of Neutrality from the possession of Boris. Later, Boris travels to the Kingdom of Xiasha to trace Almus and recover the Spear.

A few more new characters have been introduced in the second part of the series which are being appreciated and loved by the readers. The popularity of the book can be anticipated from the fact that since its release, the book has retained a spot in the Top 25 ranks in the section of New Releases, and a spot in the Top 100 ranks in Bestsellers in the category of myths, legends, and sagas.

The depth of conversations and the similarity of situations to the real world connects the readers really well with the story. The book encourages the readers to remain positive and strong even in the toughest of situations, and also to trust the signs of nature that we generally ignore or overlook.

A sportsperson, an engineer, an entrepreneur, and an author – Mubarak Sandhu is a youngster with unique thoughts and diverse interests. He is often invited by colleges and institutions to deliver lectures for students and to motivate others by sharing his journey with them.

Mubarak Sandhu is a member of the Chandigarh Literary Society and was also a part of the Dharamshala Literature Festival held in March 2022. According to him, the never-ending support of his family and friends encourages him to focus on his goals and work harder each day in order to achieve those targets. He always finds satisfaction in his efforts instead of the results of those efforts; thus yielding happiness even in failures!