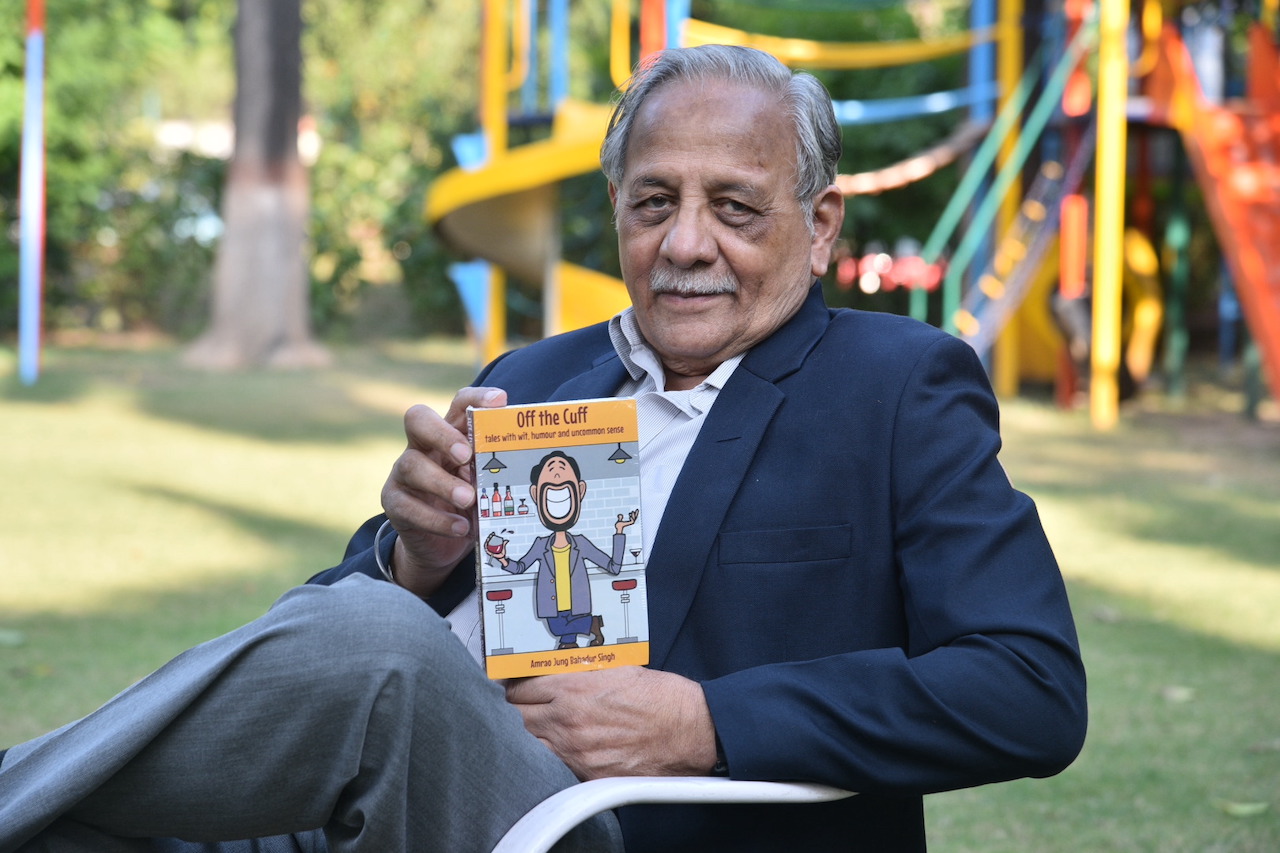 “Off the Cuff”: An Anthology of Intriguing Stories

While providing a sneak-peek into what the book entails, Commander Singh shared that, “The short and sharp stories in this book are ideal companions for those fleeting, spare moments on a plane, train and indeed the loo. They speak eloquently of life and times gone by with perception, wit, warmth, and gentle humour.”

“Within these pages, you will encounter a Prime Minister, a film star, beautiful co-passengers, common people, common sense and a poignant praise for older cars. It features yarns about music, luck, pickpockets, a kiss that never happened and other minor disasters. The readers will also find tales of fixing a fan in the toilet, reveling in the rain, the travails of a stomach-ache and the unchangeable nature of God,” he further added.

Published by BUUKS, “Off the Cuff” is available for purchase on Amazon and Flipkart and will soon be available in selected offline bookstores.

About the Author: Commissioned into the Indian Navy in 1965, Cdr AJB Singh retired prematurely after 23 years’ service. In addition to the usual assignments in Ships & Establishments, he was Secretary to the Western Fleet Commander & later to the Chief of Material in Naval Headquarters.

He did a four-year stint on the faculty at the prestigious DSSC, Wellington, where he was also the Secretary of the Ootacamund Hunt – the only Club of its kind ‘East of the Suez’.

He joined M/s GRSE in 1988 and whilst in Calcutta, often wrote for ‘The Statesman’. From GRSE he was deputed to MoD’s Defence Exhibition Organisation as its Director. Whilst there, he was the Nodal Officer for organising Aero India and  DEFEXPO in addition to coordinating MoD’s participation in exhibitions abroad.

Having left Calcutta with regret in 2012, Cdr Singh and his wife now live in Mohali – their children having branched off to independence. He is presently involved in promoting International Defence & Security exhibitions in India.

A ‘keen’ rider & sportsman, his injuries on & off the field have reduced his sporting exploits to desultory rounds of indifferent golf once a week.