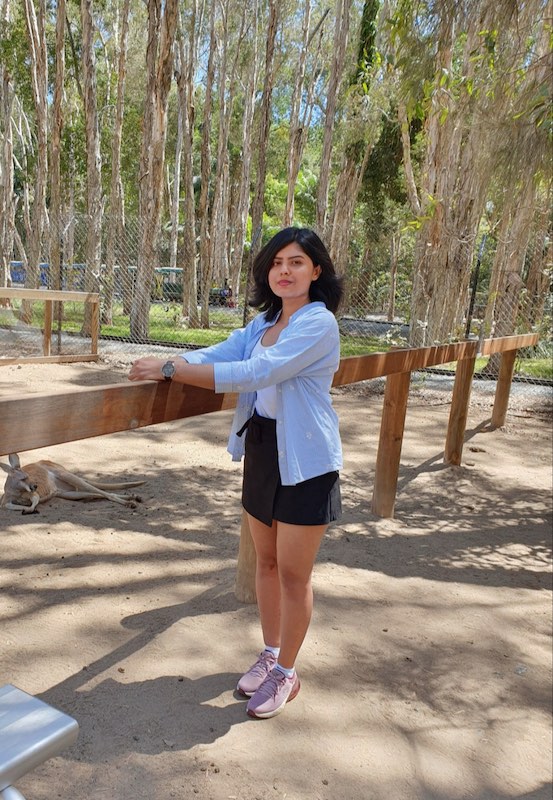 Keeping Alive the Spirit of Being Alive!

22-year-old Shreya Siddanagowder, a Pune resident, had lost both her hands in a freak accident. However, she didn’t lose hope and managed to get a donor and as destiny would have it, Shreya became the first person in Asia who underwent this rare transplant and today, even when she is pursuing her graduation in Economics from Fergusson College, she is actively involved in creating awareness about organ donation and hand transplantation.

In an exclusive interview with Tricity Scoop, Shreya shares her life story of trial and triumph, and how she emerged as a stronger person. She’s today living happily with hands, which once belonged to a 20-year-old man from Kerala until his death in August 2017.

“Back in 2016, I was pursuing my engineering from MIT, Manipal. I had dreams and aspirations like any other 18-year-old. On 28th September 2016, my life took an unexpected, unimaginable turn. I was in Pune with my parents for a one-week vacation. I was traveling back to Manipal in a Volvo coach bus. At around 5 a.m, due to negligence of the driver, the bus overturned and was dragged for a substantial distance of around 100 meters. In this tragic accident, I sustained a lot of injuries. My right forearm was completely crushed, my left forearm was dangling through some muscles and skin. I was rushed to Kasturba Hospital in Manipal. Doctors couldn’t save my right forearm because of the magnitude of the crush injuries, but they operated on my left hand which was unsuccessful because I developed an infection. Eventually, they amputated my left forearm too to save me. Two days later when I was still in the ICU, my parents revealed that I had lost both my forearms who later told me that it was the toughest and the most heartbreaking thing they ever did as parents. I didn’t know how to react and I was too dumbstruck to say anything”, she says.

On why she opted for hand transplantation, Shreya says, “A few months after the accident, I started using prosthetic hands. I have used mechanical as well as myoelectric prosthesis. I despised them to the core and dreaded to even wear them as they were heavy, manly, they had hooks and belts and had no feminine feature whatsoever. I was told that I’d be able to do 60% of my work but I never reached even 6%. Basically, you cannot put them in water so I could never carry out any personal hygiene-related activities. The prospect of leading my life with the help of prosthetic hands was mind-numbing. My disdain for prosthetic hands made me consider a bilateral hand transplant as the best possible option and my only hope.”

On challenges she faced and how she overcame them, Shreya says, “The first three months after my transplant were a breeze but after that, I had to face only a few complications. I had to face a few recurring rejections which eventually subsided as I was given higher doses of steroids. Rejections happen because our body’s immune system tends to reject the transplanted organ.”

She adds, “After that, I encountered a few other infections, which caused incessant vomiting and severe diarrhea; this misery lasted for two months with liver fungal infection and Post Transplant Lymphoproliferative Disease (PTLD). It may arise after a solid organ transplant. When I was being treated for it, there have been times when doctors told me that if the situation ever came down to my hands or my life, they’d have to amputate my hands again to save my life. Fortunately, the treatment and the medicines worked and finally after three months I was cleared off PTLD. During those three months there were times when I felt that I couldn’t take it anymore and felt like giving up, but my mother has been a constant source of motivation.”

“I had to surrender myself to the amputation. Except for breathing, swallowing food and walking, I was dependent on my mother for every other thing. That feeling of seeing stumps instead of hands was quite unsettling. Within a few days, I trained my toes to operate my phone, laptop, kindle and even television remote. I’m an avid reader so similarly, I could flip the pages of books and newspapers with my stumps. Today, I can do most of my work with my hands and I am thankful to my mother that I had not lost my will and spirit to live,” Shreya concludes.

Published in B Positive

Amit Roy
More from B PositiveMore posts in B Positive »