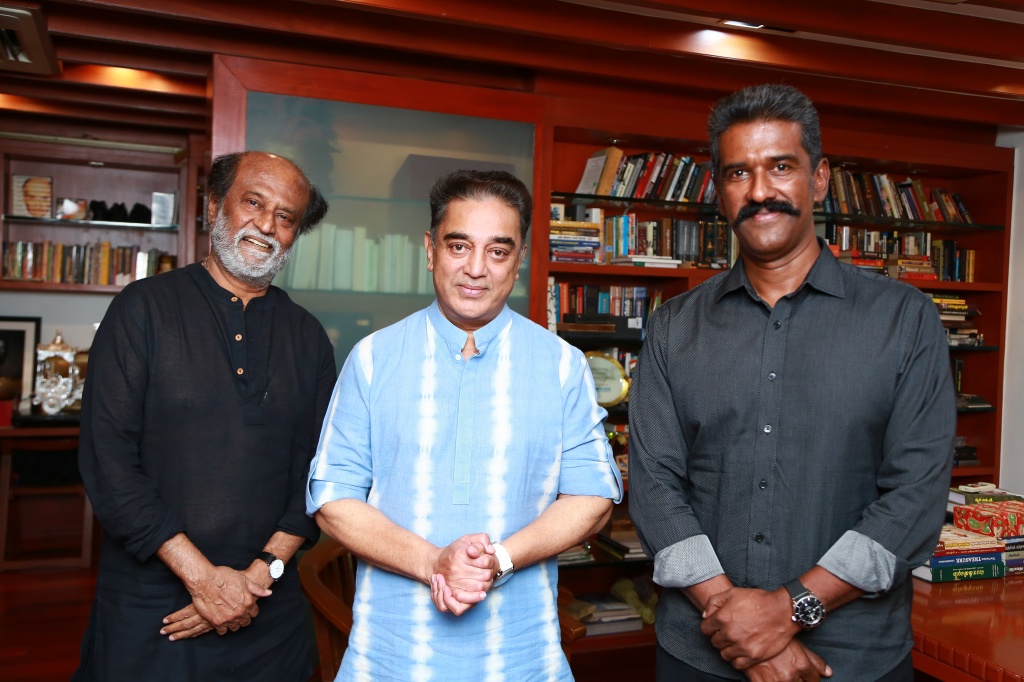 Now this one comes well and truly beyond the Tricity – in fact, from down South. In Tamil Nadu, Covid 19 pandemic has caused unexpected damage – in fact dealt a body blow to the political ambitions of two of its ageing superstars – Rajinikanth and Kamal Haasan.

In a state where celluloid superstars occupy the higher echelons of the political space, the two ageing heroes were seemingly sprinting ahead in the race to gain the mind space of the people ahead of assembly elections due next year.

And why not? The film-crazed peoples’ endorsement of silver screen mega stars – starting with MG Ramachandran, M Karunanidhi, J Jayalalithaa, NT Rama Rao, and sundry other stars- is sure a motivator for the duo.

But unknown to both these leaders, the political analysts and the common man, an unseen enemy was hurtling towards India, and Tamil Nadu. Once Covid19 pandemic hit our shores, it swept the duo almost out of political contention, if the current public perception is any indication.

It has more to do with the political immaturity of the superstars as much as to the acumen of the powerful, career politicians — Chief Minister Edapaddi Palaniswami and challenger DMK supremo MK Stalin.

Chief Minister Palaniswami, firmly controlling the state’s purse strings, is the natural real-life hero fighting the Coronavirus as Tamil Nadu passes through its most critical phase with an alarming increase in Covid19 positive cases. Challenger Stalin too is not far behind in building up a political response.

Incidentally, both the rival Dravidian parties, are cadre-based entities with power to weather political storms.

Now the political immaturity of Rajinikanth and Kamal Haasan shows in their apparent hesitation in unleashing their celebrity power, and monies, in the fight against Covid 19. They are not winning any new supporters or adding to their superhuman image, so carefully crafted in their film industry.

Now this brings us to the question, are the days of a single film hero conquering the political space in film-crazed Tamil Nadu over?

This is not to say that Rajinikanth or Kamal Haasan will run out of fans or supporters. But political analysts see their political relevance diminish significantly. More so because they have relatively stayed aloof during the time of the crisis.

Barring the odd tweet or a statement, or giving motivation to few philanthropic activities, the duo missed the opportunity to garner goodwill of the people and earn political currency ahead of the assembly elections due next year.

In a state that has seen actor-turned-politicians MGR and Jayalalithaa perch themselves on the highest possible pedestals and take up the role of messiahs, politics has always been driven by leaders with a strong connect with the mass media.

And due to the entertainment industry, actors have always been the media’s darlings. The other stalwart with a strong film-connect was the DMK patriarch M. Karunanidhi, a scriptwriter par excellence.

In the eyes of his detractors, Rajinikanth is seen as a star with more style than substance, and one who is yet to cut his political teeth. Kamal Haasan on the other hand, took a firm stand on issues, but loses out in the caste game of TN politics. Being a Brahmin, he will find the going very tough in politics dictated by caste.

Throw in the smaller caste-based parties, sub-regional parties with secure vote banks, the challenge of the duo becomes that much tougher.

At best, both can play the role of spoilers. But if either wants to have a real go at power, he must align with a party that has political muscle and staying power.

Little chances of that happening as none of the two would like to play the supporting role in any association with an established big or small political entity.

Mr. Lakshmana Venkat Kuchi is a senior journalist tracking social, economic, and political issues across the country. He was associated with the Press Trust of India, The Hindu, Sunday Observer, and Hindustan Times. He can be reached at kvlakshman@gmail.com