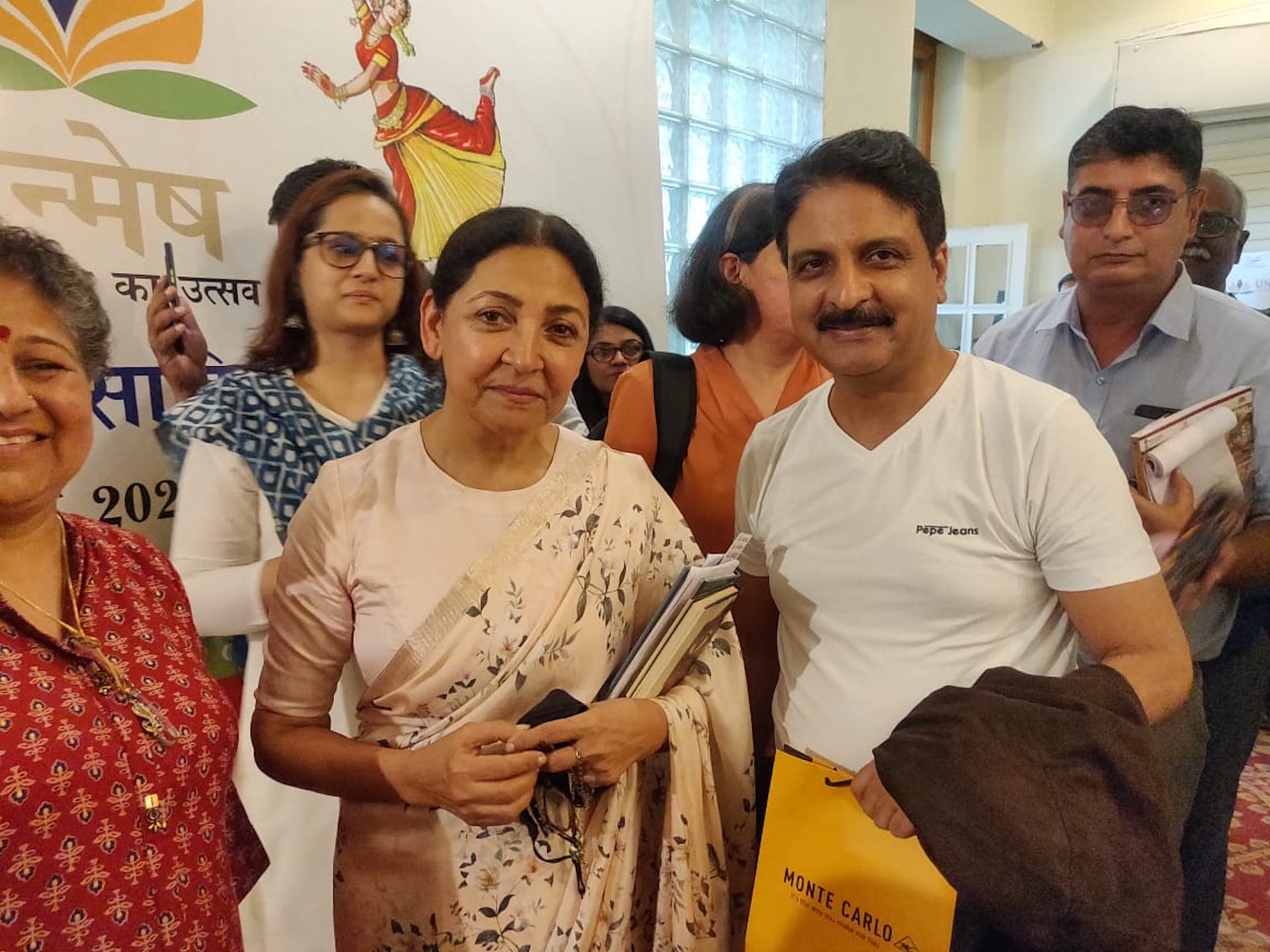 Organised by the ministry of culture, government of India and Sahitya Akademi on the occasion of 75 years of Independence, the festival named ‘Unmesha’ was held in the heritage buildings, the Gaiety Heritage Cultural complex, and the Town Hall, at the Ridge, Shimla.

The festival witnessed participation from over 425 writers, poets, translators, critics, and distinguished personalities from various walks of life from 15 countries including India.

Prominent amongst those who participated in the event were the International Booker Prize winner Geetanjali Shree, writer lyricist, and poet Gulzar, classical dancer Sonal Mansingh and noted actress Deepti Naval among others.

“I am honoured and feel privileged that I was invited to take part in such a historic event at Shimla which has been my hometown for more than a decade. It was a delight meeting the writers from across the world, at the event which was one of the biggest gatherings after the pandemic,” he said.

Aditya Kant’s debut novel ‘High on Kasol’, which revolves around the theme of the mysterious disappearance of foreigners and changing trends of drug trafficking in the Parvati valley, had created a buzz soon after it was released in July last year.