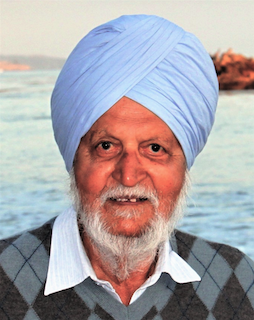 An Ode to Hardial Singh Johl 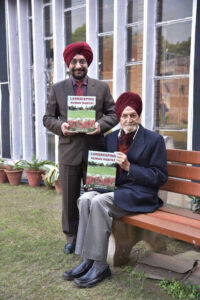 A noted landscapist Hardial Singh Johl passed away on May 9, 2021, at the age of 88. With his demise, India has lost one of the most experienced Landscape Designers the country has ever produced. The city of Chandigarh will always remember his contribution to its landscaping especially the tree plantation along major roads and prominent gardens like Rose Garden. Johl worked in close association with Dr MS Randhawa and translated his dreams into reality. The green environs of the City Beautiful which we are enjoying today are there due to the selfless contribution of the duo of Randhawa and Johl.

HS Johl has authored two landmark books on landscape architecture i.e., TREES IN URBAN HABITAT and LANDSCAPING HUMAN HABITAT. It was my privilege to work with such a stalwart on these two books as co-author. There is an interesting story behind the inception of these books. One day, in 2011, Johl Sahib came to my office and we discussed many landscape issues over a cup of tea. During this discussion, he said to me, “Sarbjit, we have done a lot of mistakes while doing the landscaping of Chandigarh.” I was astonished to listen to his candid confession which was in the true spirit of a humble yet thorough professional like HS Johl – a ‘Saint’, I may call. My immediate reaction to this was,” But, Sir, we don’t see any mistakes.” Then he elaborated a little more.

After listening to his discourse, I requested him to write a book on these shortcomings and scope for improvements so that the future generations of landscapists may be saved from repeating such mistakes. Johl Sahib liked the idea, but he took one year to agree to it and that too, on the condition that I should assist him as a co-author. Then we worked for four years and produced these two books. Now after his demise, I feel that all his confessions and ideas for the improvement of our human habitat which have been recorded in these books will always be a guiding source for future generations.