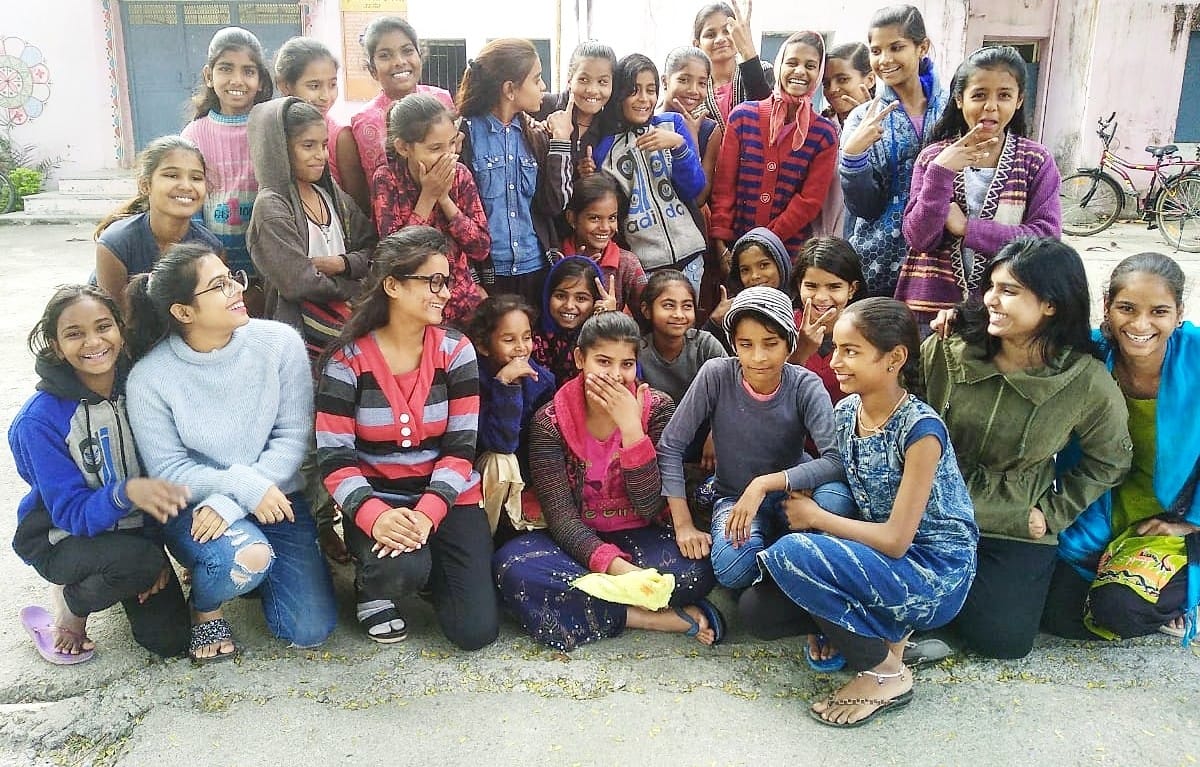 She is a growth manager at a Fintech start up, and at 20, it is not her claim to fame. Aditi Gera, graduating with Commerce this year from Indore, is in fact the growth maker for several girls from tribal areas surrounding Ujjain town where she lives with her parents.

Already, her work has found recognition from the London-based panel that awards Lady Diana Spencer annual awards for youngsters making a difference, from across the globe.

Living in a small town of Ujjain, she knew that it limited her opportunities and also the competition that was so essential for growth as a person. So, she overcame this by intense self-teaching through the internet and started participating in a series of internship programmes in administration and management.

She said she even had to teach herself to become fluent in English.

Her strong communication skills and English language usage abilities, and knowledge of Hindi adds to her overall confidence. Domain knowledge and professional experience, that goes beyond her years, makes her a cut above the rest in her class – or other 20-year-olds from her small town.

Like her father, who is her inspiration, he would do something of her own into the future. “Yes, but at present, I am trying to explore everything before I discover my calling,” she told Tricity Scoop over the phone.

But for the present, this privileged girl has done something that proves she has a kind heart beating inside her. Moved by the plight of the marginalised, having observed all around her, she decided to do something about it.

Investing money was not the easy route she took. Instead, she explored what she could do for the girls who came to a government-run school and discovered that these girls lacked confidence in themselves and could not even converse with their own classmates and schoolmates.

She hit upon the idea of building their communication skills and instill confidence in them and prepare them for life beyond school.

Aditi formed a Zero Budget Company – Empowerette to empower these girls, aged from 11 to 18. The model she uses is one-to-one mentoring the girls and taking the process to its logical conclusion.

Empowerette works with little donations that come, but mostly it is the shram daan (donation of labour) that keeps the firm going.

“I found seven core team members, from within my circle of classmates, neighbours, and friends,” she said, and “soon we were in business.”

But in a few months Corona broke out and the lockdown happened, which slowed down operations. But it is the bonding that Aditi and her team members had with the girls that ensured the mentoring went on, through the pandemic, though intermittently.

What was the most sought-after skill that the girls wanted?

“To speak English like you do,” pat came the reply from the girls, Aditi said and added, they think knowing English will help them get sales jobs in shops and malls. There was this 11-year old Renu (name changed) who taught her mother the few English words she knew and practised with her when lockdown happened.

Out of the 30 girls with whom Aditi engages, barring one or two, everyone is more confident and communicative, she said.

Now she is expanding Empowerette – the first branch is coming up in Mumbai where two girls have touched base with Aditi.

Encouraged by the response, she is planning such activities across different towns. And also take up the issue of domestic violence. She is confident that education and skill sets will help the girls stand up on their own.

She has begun to make a small difference, and she wants to make this big. One day, she hopes, Empowerette will spread far and wide and deep.

Aditi has just become the proud recipient of an international award named after Lady Diana Spencer, the Princess of Wales, for the year 2021. Instituted in the memory of the Princess of Wales, the Diana Award is given to young humanitarians (aged nine to 25 years) working for social causes enabling opportunities.