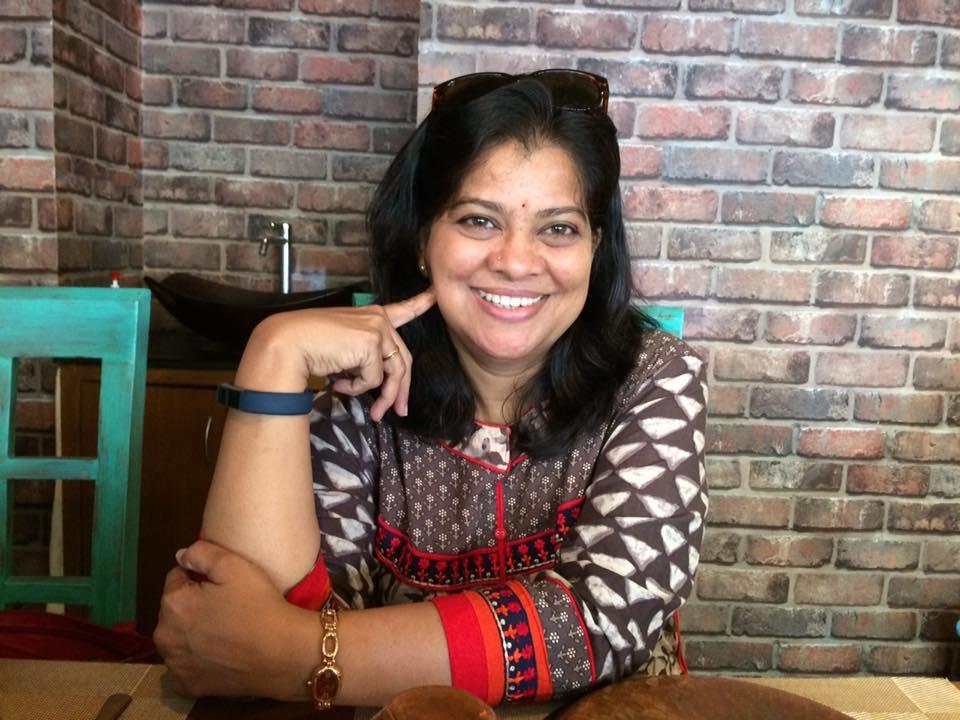 They All Open Up as She Speaks From Her Heart

When the going gets tough, the tough men (and women) get going, goes the adage.

Proving this maxim 100 per cent and more correct is Shobha Shree, who just scored half a century of existence on the planet earth.

Wearing many hats for this fifty-years-young Shobha is a childhood habit and she had wanted to become so many things, but the journalist she eventually became. Perhaps influenced by the life and times of her illustrious father who wrote on Andhra Pradesh politics and films, she started her career as a trainee sub-editor with one of the leading Telugu publications in Hyderabad and then graduated on to become a columnist and commentator on many aspects of life. Incidentally her father, Gopalakrishna had acted in a couple of hugely popular Telugu feature films.

Shobha’s Facebook bio describes her all-round abilities – as a Counselling Psychologist, Family counsellor, Motivational Coach, Podcaster, and media professional, all of which have a common thread – of being a communicator and storyteller.

That she is, and the ongoing Pandemic has only made her invent herself all over again. Today she uses her persuasive voice to reach out to all those undergoing pressure of any nature and addresses the various kinds of stresses the people are facing that cripple and debilitate their abilities to carry out even normal day-to-day activities.

Her Podcasts in Telugu have notched up audiences across the Andhra diaspora. Her main area of concern, issues women face, got crystallized from the time she spent in the women-oriented page Vasundhara in the leading Telugu daily, Eenadu. Today, her advice is sought after, and she is invited as a jury member to adjudicate on matters relating to family and marriage disputes. In fact, her keen interest in the cause of women made her undergo a Diploma course on Alternative Family Dispute Reconciliation from NALSAR in Hyderabad.

“All my experience, experiences, and exposure to legal procedures at NALSAR come in handy when I approach ticklish family matters and am happy to say I have been able to make a small difference in the lives of few people whom I have touched,” Shobha told Tricity Scoop over the phone from Hyderabad, where she is settled.

In fact, after serving as a Counselor in the family court, Shobha opened up her own centre and advises women on various issues they face, including family disputes. The communicator in her always goaded her to expand her reach, and she wrote a popular column in another Telugu daily, Andhra Jyoti for three years.

Now with Covid bringing a rude disruption in our normal lives, Shobha realized the absolute necessity to come to the help of people grappling with several issues which have an impact on the mental health of the individuals. This is why she began a Podcast “Heart-to-Heart with Shobha” and interestingly it has become popular not just with women but men as well.

Her pleasing voice and interest she generated with her gentle, genteel and genial storytelling have won her several followers, who keep asking for her advice. Like for example, this girl, just 14, sent her a voice message thanking Shobha for her Podcast on ‘building self-confidence’ and the tips she gave.

“I get a high from such responses,” Shobha said adding “if, through my work, I am able to make even a teeny-weeny difference to a single soul, I think the purpose is served.”

“For the episodes on Perfect Wife and How to Let Go, there were meaningful responses that made me go,” she said. There is nothing commercial about this, Shobha hastens to add. Consider this as my small effort to give back to society, she said of her hard work, time, and energy spent on the whole exercise.

Whether it is relationship blues, or starting an enterprise, or handling money, Shobha’s well-intentioned and commonsensical approach to solving problems is what makes her Podcast tick. Does she have plans to turn this Podcast into a video offering on YouTube?

“Not at the moment, as I have come to love this medium that reminds me so much of the radio and its reach. But yes, in case there are requests from my repeat listeners and followers, I would seriously consider a video offering as well,” Shobha said. She is, of course, no stranger to the television and video world, invited as she is as a guest panellist at programmes on social issues on different channels.

Lakshmana Venkat Kuchi, Consulting Editor, is a senior journalist with over three and a half decades experience in the profession at the national and regional level. For the longest duration in over three decade career, he was associated with Hindustan Times for 18 years in New Delhi, Jaipur and Chennai.