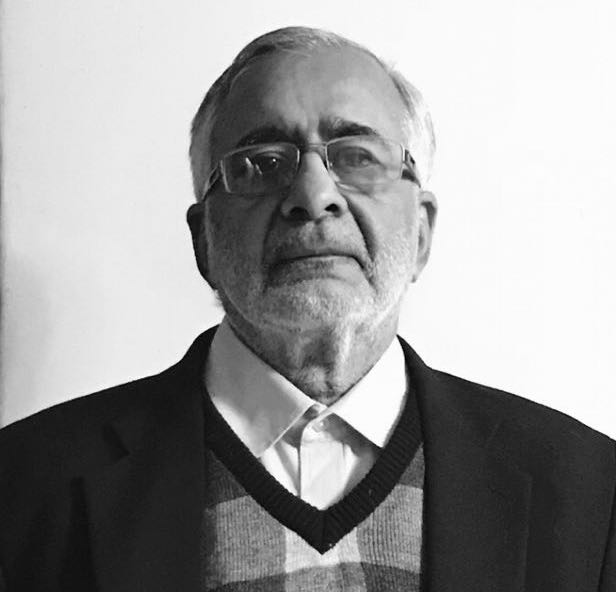 The Writer Bottled Up Inside An Economist

This economist from Delhi School of Economics, who is lucky to have attended lectures of two of the most eminent of Indian economists – Prime Minister Dr Manmohan Singh and Nobel laureate Prof Amartya Sen – has had a successful career in managing private and public sector enterprises, in India and abroad.

But all through the three decades of marketing, sales, and administrative roles, Nurani S Ravi, hid inside him a writer wanting to get out.

Once Ravi hung up his boots in March 2014, the writer got out.

In fact, the writer was peeping out during his last posting at Gabon in West Africa as CEO of an Indian Infrastructure project – when he spoke about India to the young Indian engineers there.

The narrator in him took over as he used to tell stories about India to an audience that had little or no knowledge about our country. Ravi thought long and hard and decided to pen down the stories he narrated to the workers into a readable book. And thus, was born ‘Those Were The Days,” his first book – an observational account of the then developing India Growth story. Life in general in India at that time provided the setting of the real-life and anecdotal narrative, written as letters to his son and daughter – that readers abroad found informative and domestic ones related to closely.

Ravi, now 69, is one of those professionals who has had a satisfying career culminating in senior positions in the public sector and private sector enterprises that dealt with a wide range of products – Handlooms, Handicrafts, Jewelry, Textiles, and Apparels, and Infrastructure – and turned a full-time writer after a long working life that took him to different countries. He lived and worked in Europe and Africa and has travelled widely, on work and pleasure.

And some parts of his professional life were, well, a pleasure-full activity in organizing Indian Jewelry exhibitions in some 20 different countries. He was also a significant part of India’s promotional drive – Festival of India – in different countries in the 1980s. When in Paris, his most cherished assignment was being a member of the team that handled Prime Minister Rajiv Gandhi’s visit in 1989.

After an eventful corporate life, Ravi returned home, to Delhi, and settled down to write books.

Writing for his own pleasure, he has already penned down eight of them, the latest, a fictional novel and a political thriller — Shalom Namaste. Covering a wide range of current-day burning issues, in his new book Ravi weaves in topics like corruption, scams, frauds in the political scenario, black money, and touches demonetization as well in his fictionalized account of how India tracks fraudsters who loot India and scoot. With the help of Israelis. The other seven titles are-Those Were The days, Khan Vs Kahn Vs Kanh, Marriage Made in Mumbai Local, Different Shades of Women, The Leader, Stories for the Innocents and The Mahabharata with the first one – Those were the days -, non-fiction on the India growth story.

He pays his respect to valorous Indian women with a dedicated short stories collection titled – Different shades of women. He takes a peep into the Hindi film industry with his novel –Khan vs Kahn vs Kanh. In the book –The Leader, he uses his extensive knowledge of the textile industry by taking an alternative look at the famous Bombay Textile strike of 1982 from the benefits derived by the polyester Industry. He has two more short story collections titled – Stories for the innocent and Marriage made in Mumbai Local.

In the former, he pays homage to his Pet – Sylvie whom he lost due to civil war in an African country. In the latter book which was a coffee table read he pens a story to encourage organ donation! His seventh book is a combo of modern Indian politics paired with a take on Mahabharat. The latest is Shalom Namaste.

And Ravi has only just begun – he has many more ideas already thought up in his mind and is plotting more fictional works.

Does he have a regular work schedule? Or a strict discipline as a writer?

Yes, and no. “I write as and when thoughts occur, and I do not have any particular schedule or deadlines to stick to. I use modern technology for recording new ideas, or as mail to self,” Ravi told Tricity Scoop.

Fiction or facts, the trained economist in him approaches his chosen plot with the eyes of a clinical analyst, strong on logic, and works hard on his characters. His non-fictional work, Those Were The Days, makes an interesting read coming from a person who observed from up close the economic liberalization, unleashed first by Rajiv Gandhi, and then by Prime Minister PV Narasimha Rao and his Finance Minister Dr Manmohan Singh’s new economic policy, which sparked off the India Growth story.