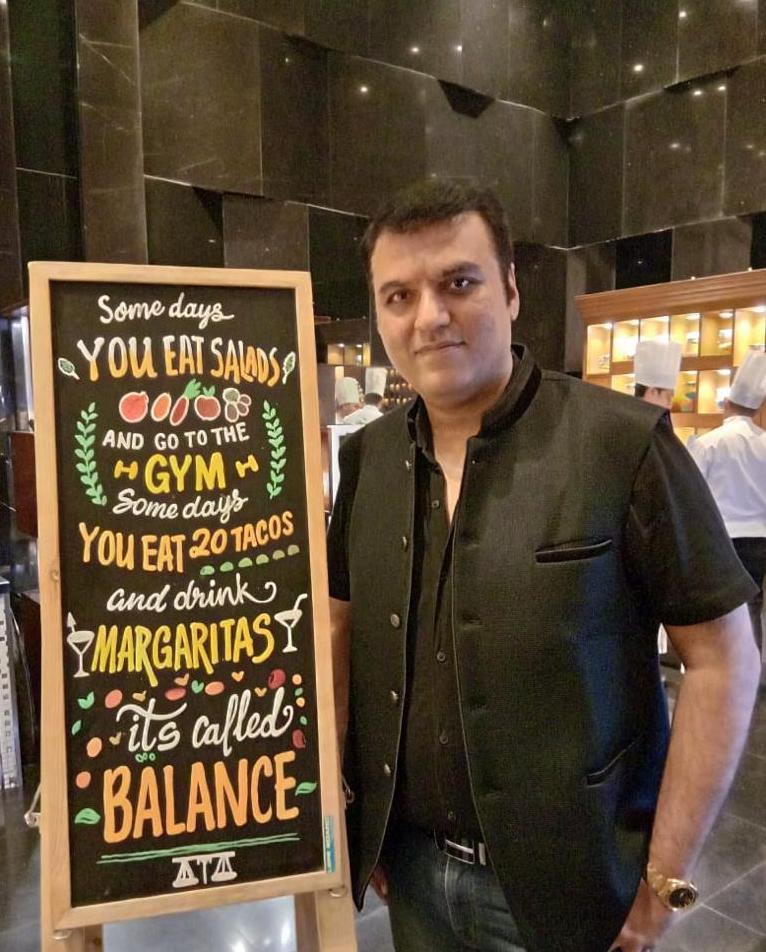 The Chef With A Touch Of Class & A Twist Of Taste

As a child growing up in Mumbai, he had to face rejection from ‘sexist’ ladies conducting summer holiday cookery classes in his neighbourhood. His mother came to the seven-year-old him, and attended the same classes that denied him entry, returned home, and taught her son. He was all of seven years old then.

And thus, began his culinary journey, which took Kaviraj Khialani to such heights that many aspire to. He is, of course, yet to reach his destination.

Giving back to the society is something that he began doing soon after graduating from the Hotel Management Institute in Mumbai, some 20 years ago, with his first interaction with the graduating students. This was after his stint with the Taj Mahal hotel in Mumbai.

Ever since, Chef Khialani had always tried to steal a couple of hours from each working day, and often on weekly offs, and used to spend that time helping out men and women from the hospitality industry, by passing on his knowledge, tips, and tricks of the trade and above all – connecting them with people who can absorb them in hotels across India and abroad.

Especially, in the aftermath of COVID, the hospitality sector being the worst hit, Khialani worked his connections, and used his position as a person well regarded by several big hotel properties and brands and his wide network that he built over two decades, to push young and middle-aged into either jobs or livelihood positions wherever he could.

Whether as entry-level cooks, or as house-keeping or in administration in the hotels and catering businesses, his word helped many colleagues as well as freshers in the ‘challenging time’ that the pandemic has forced on us. “That the candidates were good helped their cause,” Khialani told Tricity Scoop over the phone from Mumbai.

For a person with a passion for food, and being a foodie, Khialani, gave all that he had to enter the hotel administration college, and was among the toppers when graduating and got an entry into the five-star hotel circuit with his first job. And since then, he has built himself every day, learning a new skill each day, to emerge as a brand in himself.

A television programme host, writer, consultant, the much-awarded Chef Khialani, ascribed three reasons for his success – Commitment, Competence, and Compatibility – and was beginning to gain stardom when Star Plus television channel featured him as a Young Achiever. Then he had hosted the country’s first 13-episode Food Reality Show on Colors TV and all through his stints at hotels in India and abroad, he always maintained his link with writing, contributing to 25 publications worldwide as a writer & columnist, author, and blogger.

Chef Khialani always kept records of his work and documented them, maintained exhaustive notes, which all came in handy when he attempted his first book – on Arab Cookery, a hard-cover bound edition published in 2004, was given away as souvenirs to First Class passengers on Kuwait Air where he worked for few years. He has readied e-books on Filipino Cookery, 100 ways with fusion foods, lockdown cooking, and quarantine memories with food.

His most important book project is a work in progress. This, he hopes will be his most satisfying and rewarding of them all. He said, “it is on the story of a Hotel Management Student, an autobiographical take on academics, the practical aspects, the challenges and opportunities, that hotel management offers. It is aimed as a guide to the existing students, not just in India but across the globe.”

Chef Khialani has specialized in over 33 types of international cuisines and also loves doing fusion foods, to add change and varieties with his touch of creativity and innovation. The list of awards in his name are too numerous to be mentioned, but the prominent among them is the prestigious “Bharat Vidya Ratan Award” at New Delhi that recognized his excellence in culinary art and food & hospitality education. He has an Honorary Doctorate from Hope International World Record.

“I want to be known as one who could always do something different with a touch of class and a twist of taste,” Chef Khialani said and added, “this is what motivates me to become a better version of myself, with each passing day.”