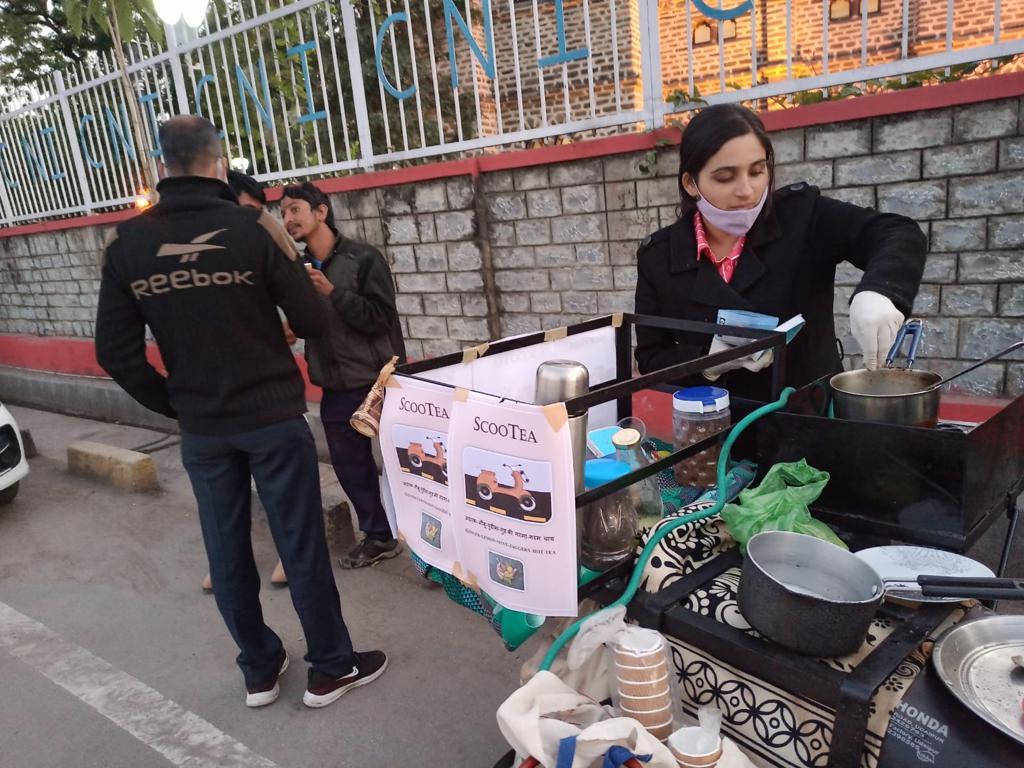 Now, this here is Sonali Sapna, a young media and culture postgraduate from Rajasthan. Hardworking, diligent and daring, describes this girl hailing from Madhubani in Bihar, who has been bitten by the travel bug. A wanderlust at heart, she would love to travel, travel and travel – which is why she has chosen to do things that allow her to move around even when working.

And of course, she teams up with her classmate Minakshi (who likes to use one name) who hails from a village in Sriganganagar, in all her adventures that range from on the spur weekend travels to places she fancies or exploring avenues to grow. I did have a chance to meet Sonali when she was passing through Delhi and believe me, she leaves an impression – of a person with a purpose, and with no fear about the unknown and ready to experiment with anything.

While I had toyed with the idea of either starting a South Indian eatery in Jaipur, where I worked for some four years in two stints or open an English language teaching shop – both of which I thought would have done well in a place that was about to become happening in the mid-2000s.

The Metro had not yet happened till then when I left Jaipur city for Delhi, and with it, my ideas died a natural death. But they were nearly breathing their last even before because I lacked the courage to take a plunge. As a person hailing from the service class, one is scared to get out of the comfort zone of a salary, however agonisingly low it may have been.

But Sonali is made of different, sterner and bolder stuff. 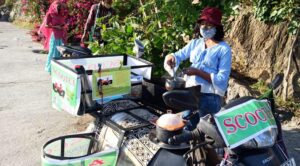 She and her friend Minakshi, naturally teamed up on the latest journey to become Chaiwalis. And within no time, the duo came up with a nascent brand Scootea, which has already begun making waves within Udaipur and beyond.

Yes, the duo can be spotted at places frequented by tourists, making tea in their “kitchen” mounted on a two-wheeler. Already, the “awesome twosome” as few local students call them, have become a source of inspiration to the youth and the aged as well.

Sonali says that the chai they sell has no chai or tea leaves in them. It is a healthy concoction she came up with, with the help of old family recipes blended with traditional inputs from Minakshi’s family, she brews up a hot liquid that the Udaipurites are loving every sip of.

“Instead of tea leaves, we use Tulasi (Basil leaves), jaggery and a few herbs and condiments that give the concoction a different taste.

“There was this famous chef, who has won an international cookery event and tasted our Chai, was after me to give out the secret recipe,” Sonali told Tricity Scoop. “Even after I explained and showed her the entire process, she refused to believe it and thought I had some secret ingredient that went into making our special tea without tea leaves,” she said. 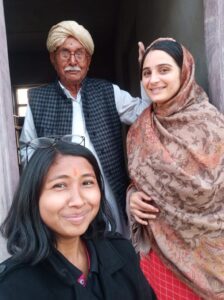 Minakshi, is working with an NGO, and takes out time from her busy schedule and spends hours on the road, making tea and serving customers and doing PR. Their background in media helps, as they are also taking to social media in a professional manner.

“Word of mouth publicity and the Instagram posts are making people seek us out,” Minakshi said.

Sonali and Minakshi spent several days locating an ironsmith who understood what they wanted to turn a normal two-wheeler into a mobile tea shop. “I studied how milkmen take such heavy loads of milk cans, how they balance and the reinforcements of steel and iron they get fitted onto their two-wheelers,” Sonali said and thus explained, for the ironsmith making a make-shift tea maker was no big deal.

“Friends and well-wishers have pitched in with some financial help,” Sonali said and added most of the investment is crowdsourced. Already, the going is good, perhaps because people were curious as to what two girls were doing in crowded places.

To travel across India with her Scootea, drive a little spend some time in a new place, and then drive the Scootea to another town or city. “Like this, my ambition is to be able to travel across India, and also build the brand alongside. There are some people who have approached us to invest, but we surely want to go slow deliberately,” Sonali said.

Did they face any trouble from either the authorities or the cops?

“No, none. Except for a few times, there are awkward incidents like there was this middle-aged gentleman who was insisting on exploring marriage possibilities with me,” Sonali said laughingly.