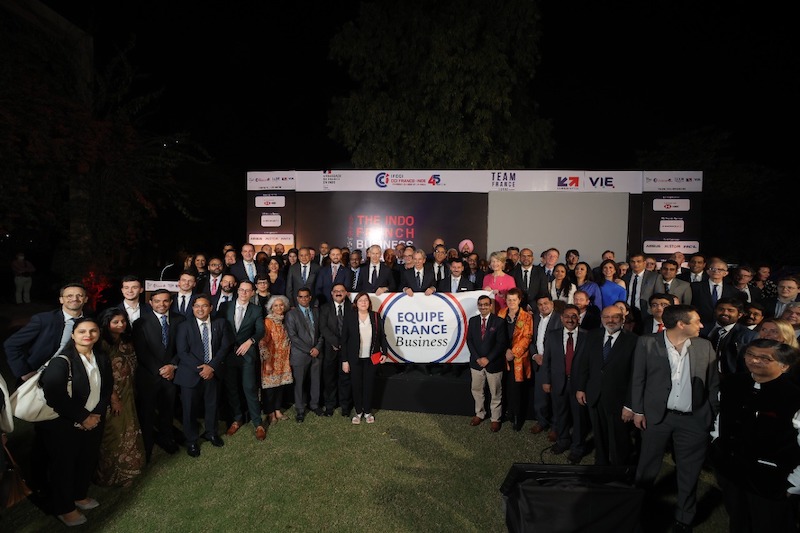 In the recent past, over 600 French companies have invested in India, supporting its urban, ecological and digital transitions.

And this commitment continues to grow, despite the pandemic the French companies have continued to invest massively in India, showing confidence in the growing Indian economy and its potential.

Addressing the 4th Indo-French Business Awards organised by the Indo-French Chamber of Commerce & Industry (IFCCI) held in Delhi on Friday, Mr. Franck Riester, Minister for Foreign Trade and Economic Attractiveness, said “Despite the pandemic, French companies have continued to invest massively here, showing strong confidence in the Indian economy and its amazing potential. Today, there are more than 600 French companies in India with more than 350,000 employees. Thanks to their world-class know-how and long-term commitment to India, French companies are perfectly positioned to support India in its urban, ecological and digital transitions.”

Mr. Sumeet Anand, President, Indo-French Chambers of Commerce & Industry said “This edition of IFBA in the presence of the hon’ble minister reaffirms France’s commitment to the comprehensive Indo – French strategic partnership, within which the economic relationship is now core and of growing importance, relying on a strong foundation of trust and mutual admiration.

The ties between India and France are on an upswing in the last few years with cooperation witnessing a significant expansion in key areas. The areas of defence and security, civil nuclear cooperation and trade and investment constitute the principal pillars of the Indo-French strategic partnership. French companies are increasingly investing in India across several sectors in technology, industry and services as well as agro-based industries, as India has shown its resilience and resurgence through the global pandemic. More Indian investors are choosing to cross the Channel and make France their base for a better access to the EU market”.

Ms. Payal S. Kanwar, Director General, Indo-French Chamber of Commerce & Industry said “We are delighted to witness the 4th edition of IFBA in IFCCI’s 45th year where we honour & felicitate those who contribute massively to Indo-French trade and business. IFCCI has an ambitious plan for 2022 and we will soon be opening an office in France to build a strong two way corridor.”

Furthermore, France is one of India’s largest scientific partners, with over 25 French R&D centers, 15 joint Indo-French research laboratories and 500 collaborative projects in the country. France has also emerged as India’s trusted Defence and Strategic partner.

The European leader is also partnering with India to develop Chandigarh, Puducherry and Nagpur as smart cities with a commitment of over USD 2.2 billion for the latter’s smart cities project. India and France are also in the field of renewable energy cooperation towards development of technological know-how and thereby aid the process of attaining the ambitious target of 450 GW of installed Renewable Energy capacity by 2030.

The winners of the 12 categories were awarded by Mr. Franck Riester, Minister for Foreign Trade and Economic Attractiveness, attached to the Minister for Europe and Foreign Affairs & H.E. Mr. Emmanuel Lenain, Ambassador of France to India. The awards Jury comprised of highly recognized Indo-French business leaders from the Embassy of France and IFCCI’s Governing Council comprising of CEOs from various industries.

Business leaders from the most prominent French companies in India across sectors like Aerospace & Defence, Mobility, Energy & Consumer Goods to name a few were present at the congregation.