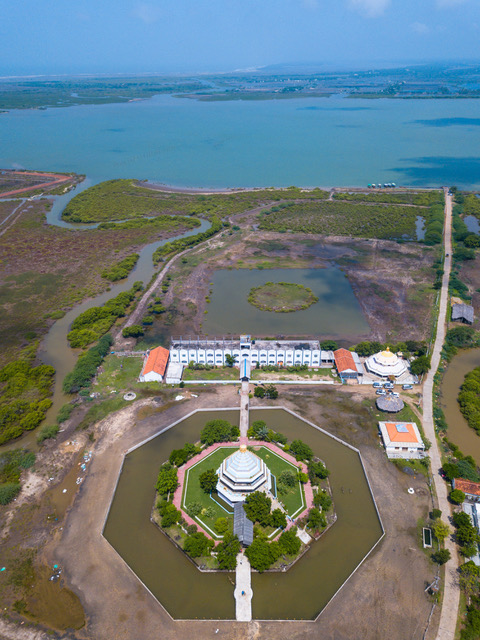 Putting ‘Coconut Country’ of Konaseema on the Tourism Map of India

Pristine, unexplored beaches, waterways, wholesome greenery – with all shades of green, from light green to dark green – the thick coconut, mango groves, and the sugarcane and paddy fields of Konaseema in Andhra Pradesh present a picturesque tourism destination.

But largely untapped, save for the handful of resorts and houseboats – that are now unable to handle the growing number of tourists, from other parts of the state.

Perfect as weekend getaways, these government and private sector resorts are few limiting the capacity for handling tourists, and hence unable to exploit the full potential of this newly carved out district of Konaseema, comprising islets and islands between Godavari River and the Bay of Bengal.

Now, all this is about to change.

The first collector of Konaseema, Himanshu Shukla, has decided to use tourism as the growth engine of this scenically beautiful region – often used by the Telugu film world for all the rural settings for the movies they make -and drive economic growth of the already prosperous area.

Shukla, as the former MD of Andhra Pradesh Tourism Development Corporation, is on very familiar turf and already had a plan in place to develop Konaseema as the epicenter of different tourist activities – weekend getaways, water parks, river-side leisure events, religious and rural tourism.

“We want to develop this region as weekend getaways and explore rural tourism offerings with homestays in coconut and mango groves and a slice of rural life as an interesting offering to the high money-spending city dwellers,” Shukla said in conversation with Tricity Scoop.

His immediate concern is limited capacity to handle tourists with the limited infrastructure in place.

Which is why, Shukla has drawn up a plan to increase availability of rooms and is looking at developing a cluster of resorts. At present, the region has three big resorts and a capacity of 200 rooms. By next year, 50 more rooms would be added.

“To be marketed as family destinations, the weekend getaway for people from Andhra Pradesh and outside, will have something for everybody in a family. For children there would be fun activities with a water park thrown in and for elders, there would be ample opportunity for rest and recreation,” he said.

For river-side tourism, the administrator of Konaseema has already identified Pasarlapudi, Aduru and Odalarevu stretch, which are navigable. Efforts are on to strengthen the infrastructure and add more boats to offer joyrides to take people up to the mouth of Godavari River and bring them back.

“The area is so scenic, that we do not have to do anything,” he said adding, another stretch of river-wide tourism will be the Yanam and Kotipalli, where deep waters allow ferries to ply. Shukla said ferries will be both for transport and for tourist rides.

Helicopter services will also be started to facilitate quicker commute for tourists who can pay.

For Shukla, the already prosperous region presents a challenge of entirely different proportions. “How to add value to an already valuable region,” is the issue that confronts him as Shukla took charge last month as the collector.

Other than tourism, it is coconut that will be the other engine of growth and development of Konaseema.

Dubbing it the Coconut Country, for the huge yield of the nuts – 66 crore metric tons per annum – the 2013-batch IAS officer said Konaseema stands in stark contrast to the traditional image and profile of a rural setting that readily comes to mind.

“Konaseema is very unlike a typical rural setting of India and needs a totally different approach to administration of the region,” Shukla said.

Armed with a degree in engineering and master’s in economics, with a five-year stint with an MNC in America under his belt, Shukla thought out of the box to exploit all that Coconut has to offer to the region and its people.

Reforming and better regulation of coconut trade is of course the first step, one that will result in reduction of costs in transportation and handling of nuts and increase farmers’ revenue and overall benefit to the customer with reduced retail price.

“We are not exploiting the full potential of the coconut in terms of processing,” Shukla said.

Which is why he wants to concentrate on the processing of coconuts for maximization of revenues – for the district and to the people. Focus will be on processing of two high value bye products — virgin coconut oil and activated carbon, that is also used in beauty face cream products. The other bye products are coconut milk, flak, powder, coir, and charcoal.

For processing plants, Shukla has got the center’s help under the Stand-Up India programme.