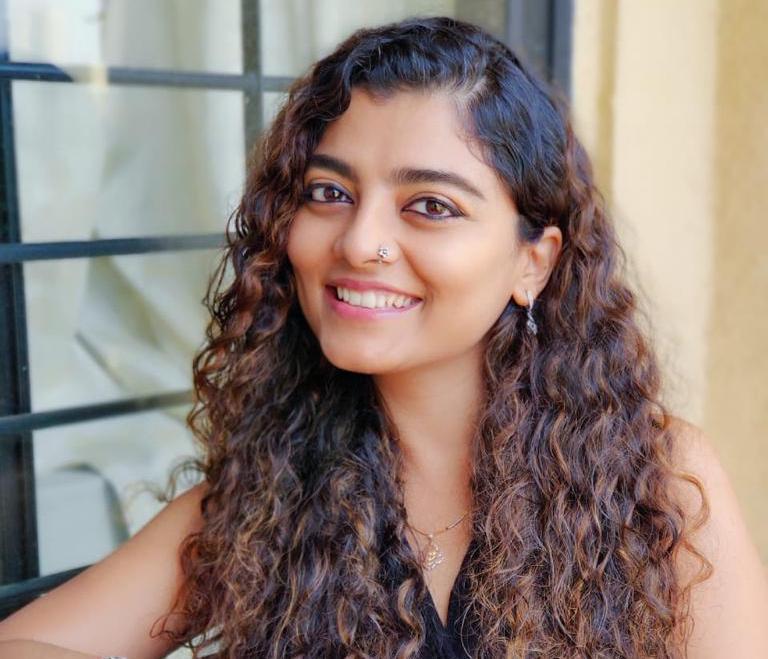 Kindling Nostalgia With Her Golden Oldies

A digital marketing crackerjack as she describes herself on her Twitter profile, Paushali Sahu is a ‘crackerjack’ at rendering yesteryears hits – Abhi na jao chodkar, ke dil abhi bhara nahin (Rafi/Asha hum dono), jane kya toone kahin (Geeta Dutt, Pyasa) and the likes. Her teaser of a hummed version of Abhi nao chodkar on Twitter had thousands, including celebs like Chef Vikas Khanna, ‘demanding’ for the full version.

And she did oblige, and became an overnight sensation, with influential Twitteratties commenting that this generation had found its nightingale. In fact, the post-COVID-19 lockdown encouraged her to take to humming and singing on a YouTube channel which she floated, and ever since then she has become insanely popular with viewers running into lakhs, for retro hits.

Bollywood biggies in the music industry too, have taken notice of this soulful and contrastingly playful voice that is at her best when she does Geeta Dutt songs.

Is she a trained singer? Yes, and No.

Growing up in Kolkata and like in most Bengali families, music was part of her life since she was a child, but she did not get a training in singing as such. Other than the ‘mandatory’ hand-me-down from elders in Rabindra Sangeet that rooted her in Bengali culture, of which she is very proud of.

After she grew up and became a management professional by education and training, she kept alive her passion for singing the old melodies that ‘linger on forever and ever’.

After pursuing an M.Sc. in Computer Science, she did an MBA from the prestigious Narsee Monjee Institute of Management and has been working for the past 8 years in Mumbai. At present, she is a digital marketing professional with a finance company in Mumbai that pays for her rent and bills, from Monday to Friday.

From Friday evening she turns a crooner and is also a member of a band – Moksh – that does different kinds of music, from retro to current day Bollywood numbers. As a part of this group, and even at times solo, Paushali is regular at the Dadar Club, Matunga Club frequented by the relatively older generation (people who have been Mumbaikars for generations). The love and affection of guests at the Clubs, bordering on fandom, is what keeps Paushali and her friends going.

Her work pressure in the corporate sector holds her back from devoting more time to singing and is unable to participate in various shows that the band Moksha does on a regular basis. “I can do at the most one show a month,” she told Tricity Scoop over the phone, adding “one has to live, and I cannot solely depend on singing as a livelihood option.”

Lockdown gave her some breathing time, to reflect and refocus and steal some time for her creative pursuit, and she began making videos of her singing and posting on Twitter and set the microblogging site on fire with her renditions. She has managed to bring Geeta Dutt and her mischievous, doting, playful voice in her singing that is casting a spell on the listeners. She also manages the Khanak and Kharaj needed for singing ghazals that she also enjoys doing.

“I sing sometimes, obsessed with old Hindi classics | Quintessentially Bengali | Digital crackerjack at Essel Group | #poetry #art,” is Paushali’s Twitter bio, and she lives up to it with her video rendering of golden oldies that has the Twitteratti asking for more.

Just look at these comments:

“Nightingale: janta demands full song,” said Chef Vikas Khanna to her humming Abhi na jao chod kar. Musician Amaal Mallik’s comment “Very nice” has Paushali on the moon and hopes that the attention she is getting on social media translates into something concrete that will help her make a livelihood out of her singing.

She has already performed on Neelesh Mishra (of the Gaon Connection and the Brand Slow fame) on his Mic with her own programme “Woh Bhooli Daastan”.

Thankful for all the support, encouragement, love, and affection she is getting from social media, Paushali says her live shows energized her, and she finds peace and relaxation from performing.

For an untrained in classical music, Paushali considers this her biggest achievement, so far.

But she knows, she has mountains to climb, musically speaking!