Jags, The Man For All Seasons

My interaction with Jagdeep Singh (International, as I love to call him), began with a slanging onslaught of mine on him and his functioning as the Public Relations man for a state-owned industrial investment promotion body of Rajasthan.

On that fateful day, 20 years ago to this date, Jagdeep Singh had sent his organization’s press release very late by the time our paper, Hindustan Times was already put to bed.

Being responsible for the coverage of news relating to the business and economic activities, I was naturally angry that the investment agency PRO had ignored our publication. Oblivious of this, Jags was on a routine visit to our office the next day and was stunned at my volley of angry outbursts.

But the genial PR person in him kept a stoic face, swallowed all my rants, and promised that it would never, ever happen.

It never did, again. 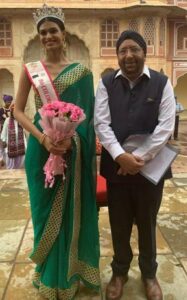 And today, Jags, as Jagdeep Singh is popularly known in Jaipur and beyond, is among my very few good friends. I discovered the many sides of Jags only after I left Jaipur, in 2006, our shared passion for old pop, rock, blues, and jazz, both of us Bhakts of The Beatles, and other good things in life.

In the meanwhile, Jagdeep Singh had taken a five-year sabbatical, went off to Indonesia, returned to Jaipur to re-join RIICO. After two years, he launched into a full-fledged business venture – in his core strength of Public Relations in 2012.

Choosy of assignments – of brands, products, people and organizations, Jags asserts, “if a big brand is not on our client list, it is because we have not chosen to work with them.”

It may seem like a boast, but he sure has a list of prestigious clients who have signed up Jags to promote them – whether it is a government department like Tourism, RIICO, or Jaipur Jewellery Show, or Resurgent Rajasthan or the very prestigious Jaipur Literature Festival, to name a few.

“We have redefined PR in Jaipur and Rajasthan,” Jags says adding, “today we are number one in turnover and the number of quality customers. We did not consciously work to become number one; we just became number one.”

The why is very simple: Jags has introduced strategic PR and professionalized the image-making activity. Besides, Jags is an affable person, a great conversationalist, and a storyteller. His repertoire of anecdotes is unending, all of which go into the making of a campaign the clients benefit from.

Professional to the core, for him there are two gods – the client and the journalist. No one in his company can compromise on this and stay on to work even for a minute.

An English language teacher in Jaipur’s prestigious St Xavier’s school for 7 years from 1978 to 1985, Jags joined Rajasthan State Industrial Development and Investment Corporation (RIICO) in 1985 and became its PR head in 1997. In 2012, he took VRS and launched his PR venture.

For seven years, Jags brought out an English language weekly tabloid “Rajasthan Echo” while he was teaching at St Xavier’s. He is also a sought-after motivational speaker in Rajasthan and the go-to person for anchoring events.

If you thought Jags is only this, you will of course be as wrong as me to fully appreciate his multi-faceted personality. 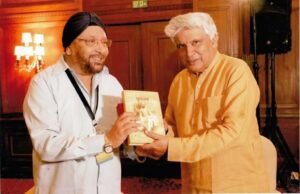 The poet in Jagdeep Singh will be unveiled at the Jaipur Literature Festival when it will feature him in a video reading out excerpts from his poems from the first collection ‘My Epitaph’ to be shown in the category of ‘New Writers Short Series’ in February.

The anthology, published by the very prestigious Writers Workshop in Kolkata comprises poems, which are about a variety of topics like vagaries of life, the inevitability of death, the pangs of love, and even on the struggle of writing poetry. One special feature of the poems is that some of them are on well-known personas like Hemingway, Hamlet, Sylvia Plath, and even the protagonist of the well-known novel, Catch-22, ‘Yossarian’.

Dr Ananda Lal, the man behind the Writers Workshop, Kolkata, which is fastidious about the Indo-English poetry it publishes said for his poems: “Apart from their originality and sensitivity, they have the rare quality in an Indian poet of irony and readiness to laugh at oneself or about otherwise serious themes.”