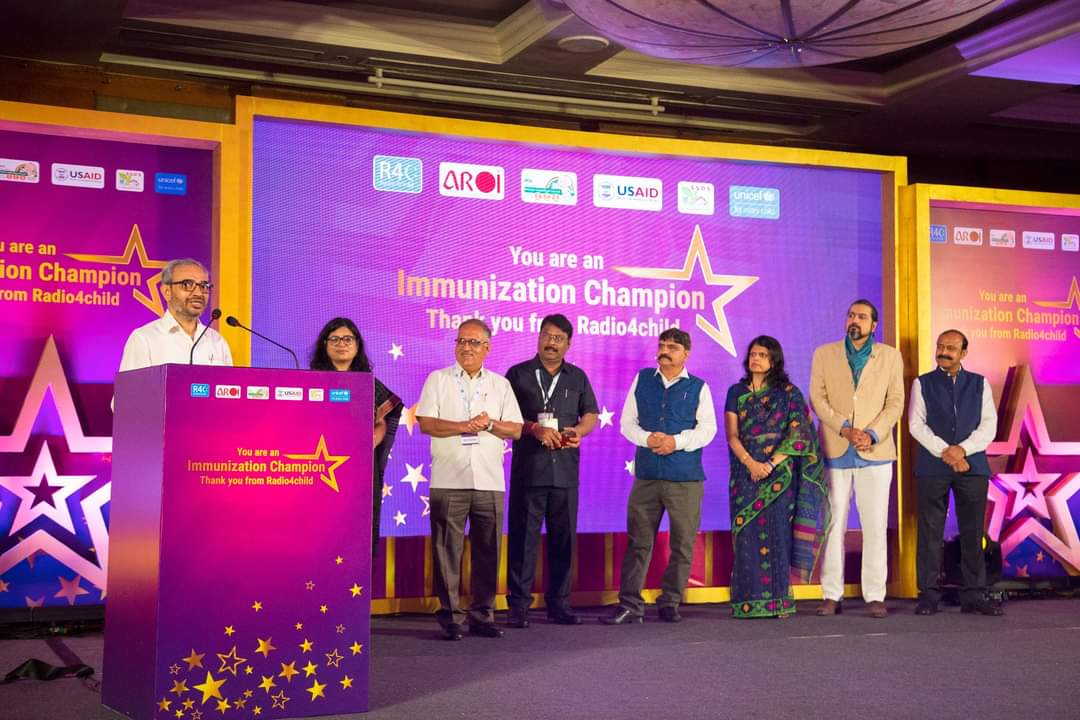 In times of trouble, listen to the radio – for help & guidance

I have had this fascination for radio – ever since my childhood, when I used to skip my turn at the barbers’ just to continue to listen to Amin Sayani and Binaca Geet mala on Radio Ceylon.

Perhaps my love for radio is also because my late father Suryanaraya Kuchi, who began his professional life as an All India Radio newsreader at the Parliament Street studios of the national broadcaster in Delhi way back in the mid-fifties, used to tell us stories about his work when we were growing up. And like everyone of that generation, in the early 60s and 70s, grew fond of and fell in love with radio, and were die-hard fans of Vividh Bharati and Yuva Vani – the youth programme that introduced me to Western pop, rock and classical music.

Over the years, as the medium of news, and infotainment changed with the advent of television, many had declared the imminent death of radio. But, even today, the radio is not just alive and kicking, but thriving – both as a medium of news and entertainment.

But the most important, radio remains the medium of communications one can trust, especially during natural disasters or health crises like the most recent Covid 19 pandemic. During the pandemic, radio jockeys like Nickey J of Radio Mirchi in Shillong or RJ Teena from Bhopal, or the very creative and humorous RJs Sufi from Jaipur or RJ Shashi from Patna, and countless others, worked extra hard to collect authentic information from multiple sources, cross-check facts and bust rumours and fake news – and help the cause of fighting the pandemic. The vaccination programme could have gone awry as rumours were threatening to increase vaccine hesitancy among the people.

“Like a Radio Jockey there were many instances that will always remain close to my heart, and radio was just a medium of entertainment. But it became a lifeline for many people. I still remember the distress call by students who were stranded in different parts of the country, when the lockdown was announced, an incident of a nurse who was facing stigmatization because she was assigned to a Covid ward. Reaching out to families who had no essential commodities and medicines and recently connecting with students stranded in Ukraine,” Nickey told Tricity Scoop.

“In fact, Radio indeed plays a pivotal role as a frequency of Hope,” Nickey said recalling the hectic days during the outbreak of the pandemic and subsequent lockdowns. “My study room turned into a studio, it was time to work from home. For the responsibility of a radio jockey is not just to entertain but to connect hearts and souls… instill in each one a ray of Hope. For everyone to hold on… While life almost came to a standstill, but the show must go on….the show must go on…,” Nickey said reflecting on the never say no and never say die spirit of the young, and old, professionals from the radio fraternity.

Bumping into scores of professionals from the radio fraternity – from the government-owned All India Radio to a breed of highly creative and competitive professionals from the private FM Channels – last week and the stories they narrated transported me back to my own brush with two back-to-back natural disasters, floods and cyclone in Chennai in 2015 and 2016 and compelled me to pay that extra respect to the congregation of the most interesting, informed and influential voices of the country.

Champions all of them, their experiences and anecdotes only go to prove how important the medium of radio becomes, as a means of effective communication (yes, including two-way interaction from the common man and woman) during disasters – natural disasters and health crisis when reaching out the right message to the masses can make the difference between life and death. I can personally vouch for the integrity of information aired by the radio professionals – who were the only source of information for the masses cut-off from the rest of the world due to floods, and also during cyclones – Chennai floods of 2015 and Cyclone Vardah in 2016. It was thanks to their very reliable and useful information that I could feed the readers of my own national newspaper, published in Delhi and other important cities across India, on nature’s fury, its impact on the lives of the people, the rescue and rehabilitation measures of the government.

It was only in the fitness of things that UNICEF, whose initiative Radio4Child started in 2014, recognized the great work done by the radio professionals at a congregation in Mumbai a few days ago.

I couldn’t agree more with multi-Grammy award-winning music composer and environmentalist Ricky Kej who lauded the role played by creative content producers and said they lent their voices to persuade many to immunize their children for protection from 22 diseases, few of them life-threatening.

The UNICEF recognizes and awards radio professionals who take up the cause of routine immunization of children. Zafrin Chowdhury, Chief of Communication, Advocacy and Partnerships, UNICEF India, said the radio professionals bring alive stories, voices, issues, and situations through their voices and are the influencers who matter in the success of any outreach programmes. And especially so in the health services delivery, she said.