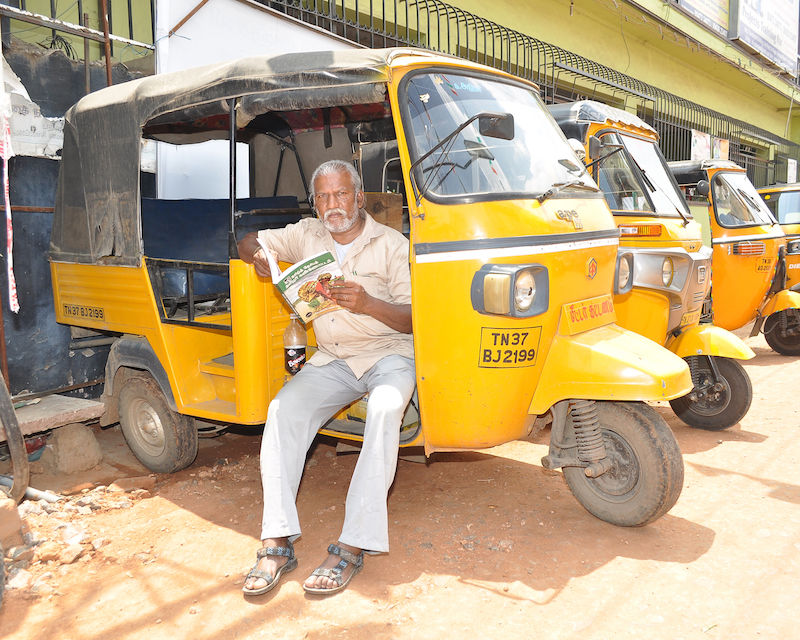 Would you believe if I tell you that one can be a lowly auto-rickshaw driver and still rub shoulders with the biggest in the global movie industry at the Venice International Film Festival?

Well, this is what exactly M Chandrakumar, an auto-rickshaw driver from Coimbatore, did that fateful November night at Venice a few years ago (2015). After all, it was the film Visaranai (court trial) made from a novel – Lockup that he had written in 2006.

Noted Film Director Vetri Maaran, known for making realistic films, chanced to read the novel and sought permission to make a film. The novelist was thrilled that his work, based on his real-life experiences in prison and suffering police brutality in Andhra Pradesh, would turn into a film.

The film Visaranai won a consolation prize at the Venice festival and earned rave reviews.

However, this was not all. Visaranai also bagged three national awards for – Best Regional Film, Best Supporting Actor, and Best Editing. And even more important, it pipped films like Baajirao Masthani to be nominated the official entry of India at the 2016 Oscars.

His entry into the film world thus begun, Auto Chandran, had become the toast of all auto-rickshaw drivers in Tamil Nadu.

“I got little money from Vetri Maaran Sir for the film,” Auto Chandran told Tricity Scoop on phone from Coimbatore. The tenth class pass out still drives the auto daily and makes between Rs 15,000 to Rs 20,000 per month.

Yes, COVID-19 has affected the business somewhat, but Coimbatore had been a green zone, he said. So, things are all right, he said.

Having tasted the film industry, Auto Chandran began exploring and found out he was acceptable. And he is already one film old, as an actor.

“The shooting for the film kuruthi attam (blood sport), that took place for one and a half years, was over in February. Now dubbing is going on. Once it is complete, the director sir, will make a decision on when to release,” Auto Chandran said.

In this film, Auto Chandran is playing the role of a “retired” don mentoring three wanna be dons. “It is an interesting role and I have some 30-minute role in the film, fight sequences and heavy dialogues,” Auto Chandran said.

Film goes watch for his third. “I have accepted to do the script and dialogues for another yet to be named film by a big director,” he said refusing to reveal any further.

Auto Chandran cannot forget the moment he got the phone call from director Vetri Maaran. It changed his life completely, in terms of attaining celebrityhood. But money is yet to come in, he said.

Life itself is the inspiration for Auto Chandran. He said he was always observing life, ‘which has been my teacher’, and an inspiration to write.

It was his first-hand experience of police brutality and oppression in his early 20s in Guntur in Andhra Pradesh that came out in the form of a novel – Lock-Up.

Auto Chandran and two of his friends were arrested by the police in Guntur and tortured mercilessly for 13 days and later let off. They were picked up for no reason at all, Auto Chandran said recalling his harrowing experience.

A trade union worker, affiliated to AITUC, Auto Chandran has definite views on a host of issues and writes on the agony of the poor and the downtrodden and the working class in his novels.

Mr Lakshmana Venkat Kuchi is a senior journalist tracking social, economic, and political issues across the country. He was associated with the Press Trust of India, The Hindu, Sunday Observer, and Hindustan Times. He can be reached at kvlakshman@gmail.com