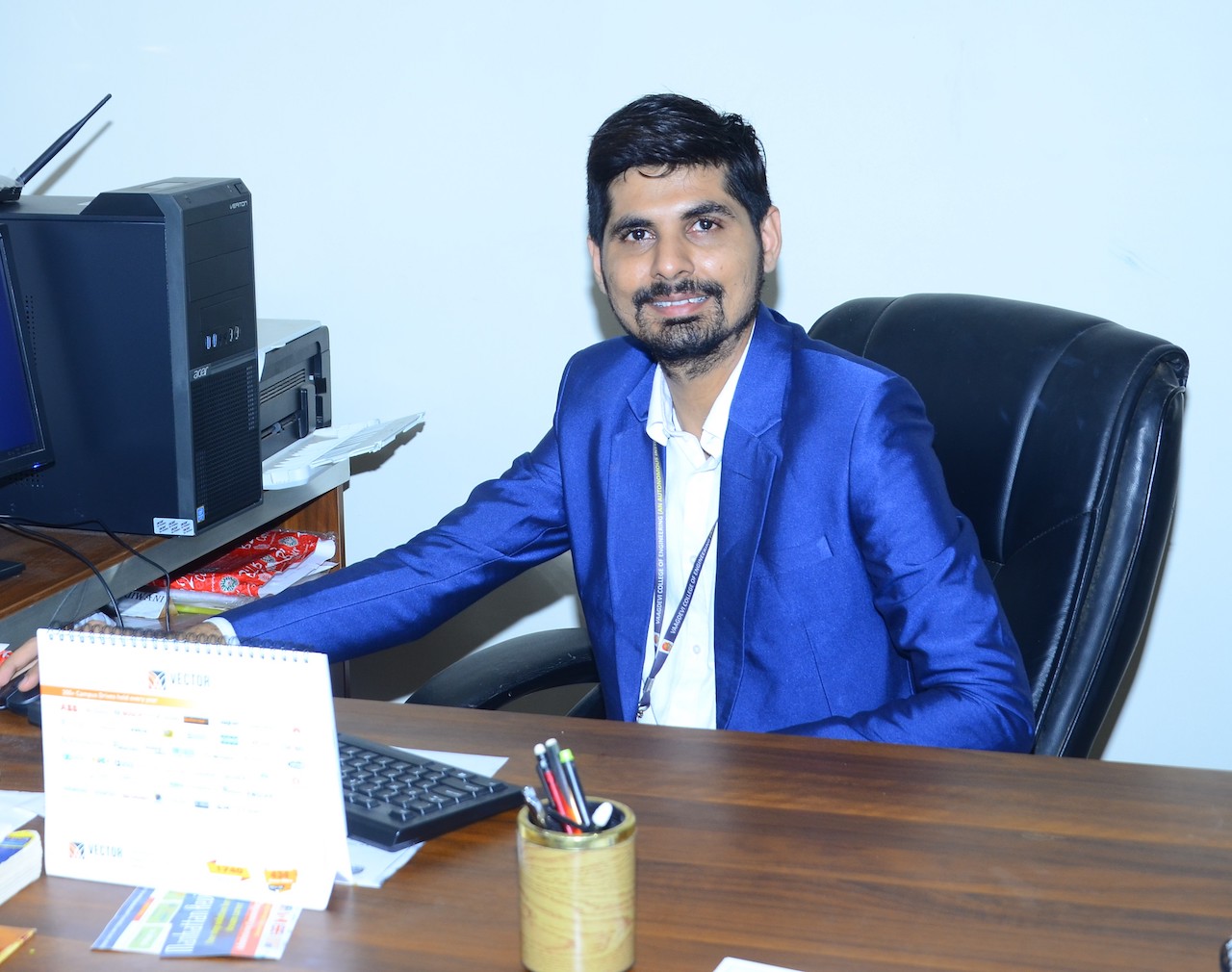 Helping the Youth Find Their True Calling in Life

By Lakshmana Venkat Kuchi on December 1, 2020

As a student graduating from a private Engineering College in Warangal during the global recession year of 2008, Barkat Jiwani had suffered, as neither could he find a job nor could his college help him get one.

It was then itself that he decided that when he got a chance, he would help any student to find a job or guide them in higher studies.

Having been a good student helped Jiwani find livelihood as a teacher. He breezed through a walk-in interview at Vaagadevi Engineering College, Warangal, and was appointed an Assistant Professor in 2009. By then his dreams of a corporate job had evaporated and grudgingly he settled into the job of teaching computer sciences – for the simple reason, “we have to live”.

Jiwani is now 35, married and has a child. His younger brother is also a lecturer in the same college.

Initially it was very tough, but slowly he put his everything into teaching, and began earning a following among the students of other colleges too. He got a chance to assist the Placement officer of the college that brought out his talent for talent spotting.

After five years into teaching in 2015, Jiwani found his calling when he was appointed as the Placement Officer in the Vaagadevi group of colleges. Since then, Jiwani has placed some 3500 of his college students in IT jobs in India and abroad. And if we add those from outside colleges, the number is double at 7,000 and growing.

“When I began my life, getting a job was very tough. There was a recession too. Once I got this teaching job, I worked very hard and earned a name within the college and outside,” Jiwani told Tricityscoop in an interview over phone from Warangal in the newly carved out Telangana state.

“I approach the task of placement with a proper plan, understand the requirements of the company and then re-skill the students so that they make a proper fit for the company. First from within the group colleges and then other colleges in Warangal and surroundings. Students are chosen based on their aptitude and interests,” Jiwani said. After this they are trained.

So, when the companies carry out formal recruitment, his ‘trainees’ make the cut with ease. In just five years, Jiwani has built up a very good reputation among the companies and the HR managers of top IT companies.

“Not only from our colleges, I readily help any student, who is committed and willing to work hard,” Jiwani said.

“Many students hail from rural backgrounds and from poor families. They lack even basic social and personal skills. So, for them, the training begins from scratch,” he said.

“Harshitha Achu, a student from 2017-2018 batch, was one such student. She had a strong dream to go abroad for higher education. We guided her at every step and helped her manage to get admission in German University of Paderborn, and later she secured a seat in Charles Darwin University in Australia. Her education was through 100 percent scholarship funding. Few paid internships helped her pay living expenses,” Jiwani said.

“Jiwani is a very dedicated and supportive placement officer. It was excellent working with him on an internship programme,” said Geetha Praveen, director, IHC Alliance Pvt Ltd. She takes in several interns for her company and has been working with Jiwani for the past couple of years.

Hailing from a family of modest means in Nagpur himself, Jiwani had an unfortunate childhood. He lost his mother as a toddler and his father when he was in class X. He was brought up by his uncle and aunty in Warangal.

He understands the power of education and knowledge – the two tools that help build a good life.

“In this, I am committed to enable the students realise their dreams, through proper guidance and help in every aspect necessary,” Jiwani said.

“For entrepreneurs from among the students, we have an incubation centre. In the last five years, we have been able to help 15 start-ups, some of which are doing well,” he said.

Now that he is so well-connected with IT majors, the corporate lifestyle can be his just for asking. But no, now he is no longer interested.

“I am happy and very satisfied in guiding youngsters to reach their proper destination,” the much felicitated Jiwani said. A recipient of Telangana government award, Jiwani has been ranked as Facilitator, Grade A, by the IT Major Infosys.