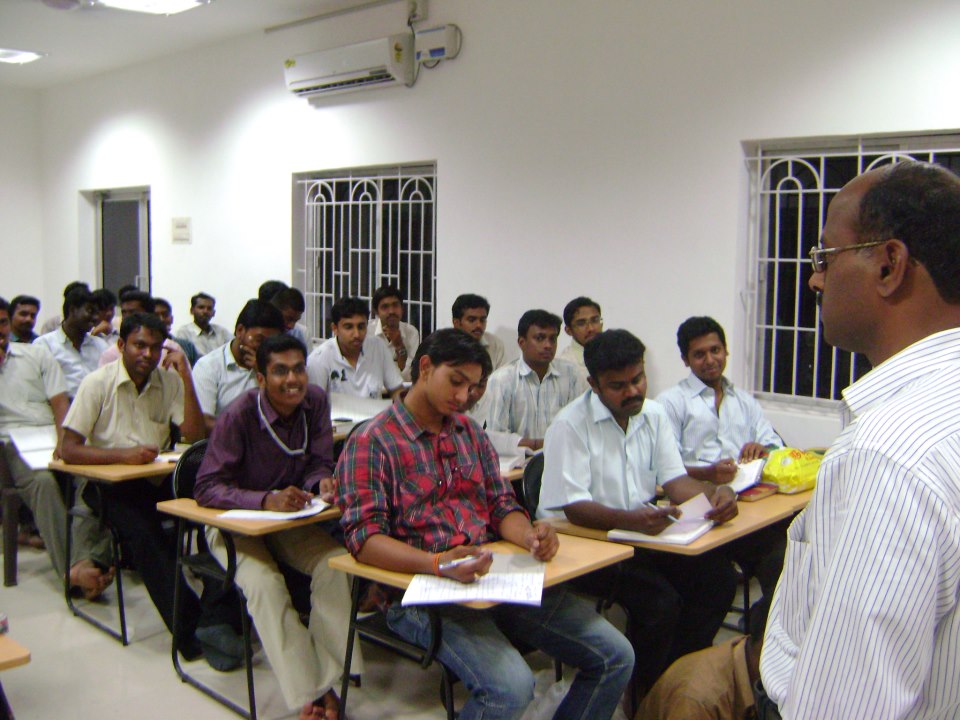 Guru ‘Cool’: The Man Who Found Success Even in Failure

By Lakshmana Venkat Kuchi on September 13, 2020

An alumnus of Jawaharlal Nehru University in New Delhi, Prof Kanagaraj failed in all his attempts at cracking the civil services, but the fellow students he guided made it into the coveted government services.

Livelihood search brought him to Coimbatore, where he found a job as a lecturer, teaching political science.

His competitive spirit and never say die attitude never left him. Friends and university mates pestered him to coach them for civil service examinations. “It was all very informal in the beginning, but soon people began making it in services,” recalled Prof Kanagaraj in conversation with Tricityscoop.com over the phone from Coimbatore.

Local Coimbatore industrialists got together and built a training facility, with air-conditioned environs, good library and internet facilities, so that “local boys and girls from the city get into administrative services.”

“Everything I am today is entirely due to Prof Kanagaraj, whose clear-cut guidance and stress on smart hard work, and countless hours of patient teaching has made all the difference,” Ajitha Begum said.

Satish Balan knew the good professor as a friend before he received ‘coaching’. Prof Kanagaraj had cracked the written and faced the interview board twice in 1998 and 1999 but failed to make it to the list of successful candidates.

Satish Balan said “I learnt a lot from the mistakes he made and knew what and how to avoid committing the same.”

Arul Kumar, of Himachal Pradesh cadre, would not sit in front of the Professor when he visited Coimbatore to invite him for his marriage a few years ago. “Without his help, I doubt whether I would have made it,” Arul said.

Prof Kanagaraj spent eight years for his MA, M. Phil and PhD (in working of democracies in pluralistic societies) at JNU from 1990.

“Yes, I was depressed for some time after my failure but decided to coach others who came to me on their own. Now, when anyone gets through, I feel that I have succeeded personally,” Prof Kanagaraj said.

“I feel elated every time a student of mine gets through,” Prof Kanagaraj told Tricityscoop.com

This year too, four students got through the civil services, two in IAS and two in IPS. Last year, five students of his made it into the list of successful candidates, going through to IAS and IPS. Then some get into the allied services as well.

Why are we profiling Prof Kanagaraj is because he runs the IAS coaching centre free of cost to the students from the deprived sections of the society. His mission is clear: to empower the Dalit, scheduled caste and tribe students. “But I do not say no to anyone from the forward caste. “Even Brahmins are welcome,” he said.

What began as an informal way today has taken the shape of an institute, with nearly 400 students registering each year.

“I will see for some more time, and if the situation does not ease, then I too may go for online coaching, though I prefer, on-site, physical presence during coaching,” Prof Kanagaraj said.

He firmly believes that the touch and feel and emotions and expressions during the interaction is so very essential for the coaching to be effective.

At present, Prof Kanagaraj is also engaged in a series of webinars organised by the government and the private sector as a key resource person.

Mr. Lakshmana Venkat Kuchi is Consulting Editor, Tricity Scoop, and a senior journalist tracking social, economic, and political issues across the country. He was associated with the Press Trust of India, The Hindu, Sunday Observer, and Hindustan Times.