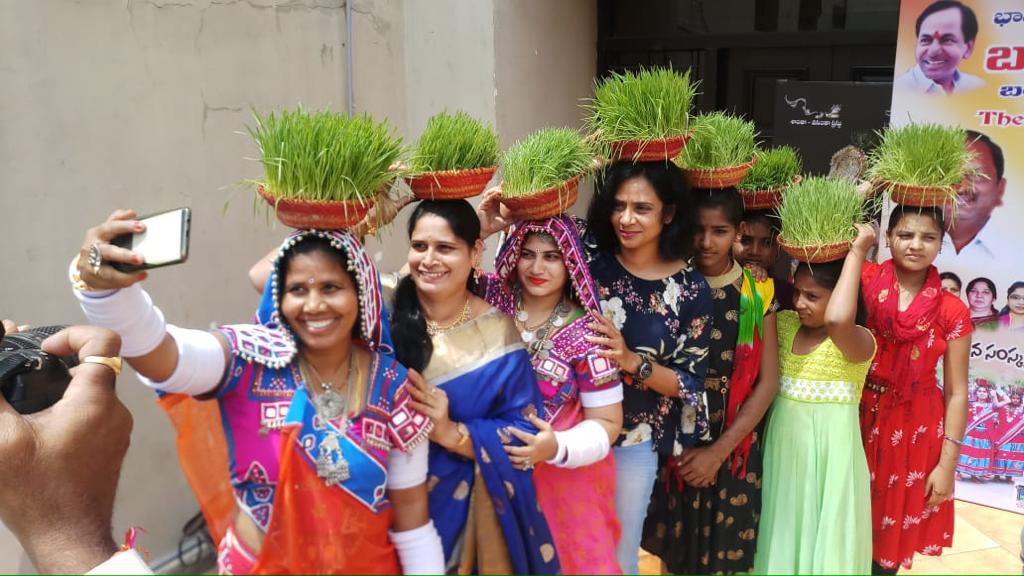 Capt. Bobby Ajmera, who used to fly Airbus a320 not so long ago, is the first tribal (Lambadi) lady from Telangana today, who is serving as an inspiration to youngsters and children from her village, and now across tribal belts in India. 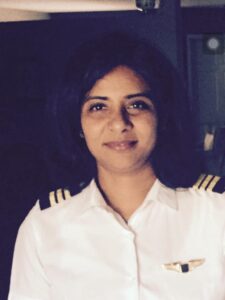 For one who describes herself as a pilot by profession and change maker by passion, mentoring young boys and girls from her Lambadi community is Capt. Ajmera’s way of giving back to society. She works with tribals in remote areas, in Telangana where she began and now across the country.

Every time she visits her native village of Dandepalli in Adilabad district, young boys, girls and children surround her, some touching to feel her and look at her in awe. “I want all of them to come up and live good lives,” Capt Ajmera told Tricity Scoop in an exclusive interview.

Her passion to become a changemaker also has its roots in her roots. It is this passion that made her give up a steady job as a professional in a corporate set-up and plunge headlong into social service.

But, after quitting the airlines after ten years of service, she first joined the Telangana government, and then worked for an NGO and later with the corporate sector for over six years or so.

It is her work in the HR division in the aviation sector that honed her mentoring skills that now come in handy as she interacts with youth from different tribes.

She is also invited to give TED talks and is a motivational speaker for the tribal leadership programme of Tata Steel as part of their CSR activity. “I realised that these corporates have CSR funds but the programmes they undertake for tribals could be improved with longer duration hand-holding rather than giving a few workshops and leaving them to fend for themselves,” Capt Ajmera said. 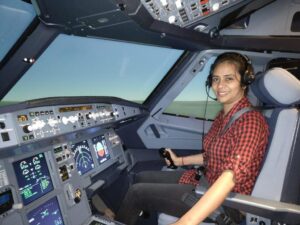 She has drawn up an ambitious plan for a tribal welfare programme with the help of the Tata group which may start in a few months. In fact, Covid disrupted the plan and all schedules went haywire. So, once the pandemic is over, the focus will be back on the big plan, she said and hoped that not just the Tatas but other private sector players too would pitch in to help.

Aggressive and pushy for her cause, Capt Ajmera first was spotted by the Telangana government and later her work began to speak.

Soon, few local BJP leaders took a keen interest in her work and zeal for tribal welfare. This aggressive, pushy, talented and above all committed social worker, was roped into the party, made a national executive member and a member of the ST Morcha. It is this party position that is taking her across India to interact with people from different tribes in state after state.

“I realised that if one wanted to do something worthwhile, it is imperative that one had the power to do it. Which is why, when the BJP opportunity came up, I grabbed it with both hands, and now have plunged headlong into tribal welfare activities,” Capt. Ajmera said.

“I come from a well-educated family with a high level of ethos, values and social responsibility and have been active in public-concerned issues since my childhood,” she said. As a student, she was one of those good all-rounder students who excelled in studies, sports and extra-curricular activities, an NCC cadet and a national level javelin thrower.

She hopes that her over a decade and a half experience in government, NGO, Aviation industry, including as a pilot, and the corporate house will continue to help her do her bit. “I always think, what is it that I can do, not just for tribal people but whoever needs this kind of a support system.

She has worked with the Telangana Academy for Skill and Knowledge as a senior programme manager and today also has an aviation academy running in Hyderabad where she is mentoring 15 tribal students to become pilots.

Over and above party activities, she is also associated with Dalit Stri Shakthi (DSS), SC/ST officer’s forum, and Civil Aviation vertical Head (National Level) for Dalit Indian Chamber of Commerce and Industries (DICCI).