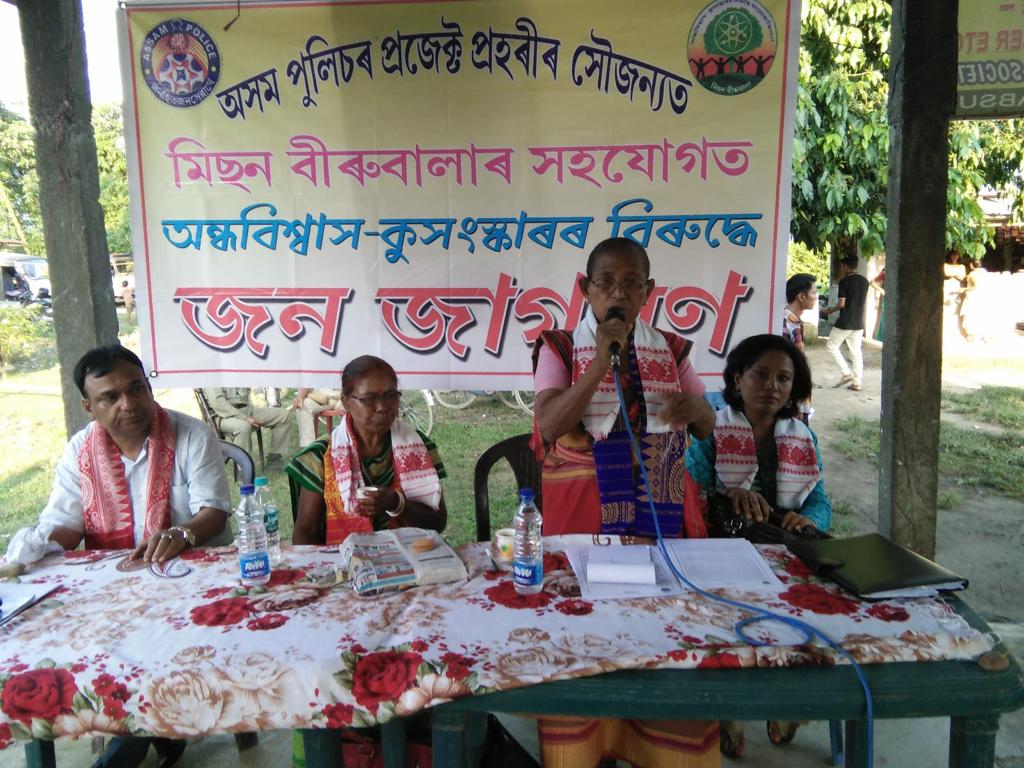 Fighting the Evil Practice of Witch-Hunting in Assam

Believe it or not: In today’s day and age, there are some areas of Assam that still swear by superstitions to such an extent that witch-hunting, or hunting for witches, prevails often in remote rural areas across the north-eastern state.

Why, just two months ago an elderly man was brutally attacked by villagers in Chariduar of Sonitpur district on suspicion of being a witch. But often, it is women who bear the brunt of the traditional superstitious beliefs, mainly prevalent among the tribals and adivasis. Often old men, and women are the targets.

Assam government admits that the problem still is serious, though numbers of witch-hunting killings have come down. Government figures show that between 2011 and 2019, 107 people were killed across Assam in witch-hunting incidents.

Witch-hunting is a form of superstition wherein women usually are blamed for deaths, illnesses, financial troubles, or even crop damage and are targeted by relatives, neighbours, and fellow villagers. They are often ex-communicated, forced to leave villages, tortured by kangaroo courts, and in many cases killed. 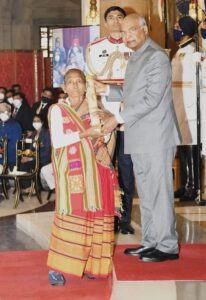 Anamika Baruah, an Anti-Witch-Hunting Activist & Director of Foundation for Advancement of Essential Diagnostics (FAED), told Tricity Scoop that the problem is still prevalent but was coming down. “The real motives of such killings are often property disputes and other criminal intentions,” Anamika Baruah said.

In most cases, ‘witch-hunting’ was being used as an excuse and a ruse to carry out other crimes like property snatching or sexual harassment of women. Women, often were, and are, targeted for any number of reasons – jealousy, rejection in love, rejection of marriage proposals – to name a few.

Anamika Barua is part of the volunteer force of an NGO – Mission Birubala – fighting against the practice of witch-hunting and superstitions in different parts of Assam, notably in far-flung rural areas. Started by Padmashri Awardee, Birubala Rabha, the NGO has been doing yeomen service, rescuing several women from situations that may have led to their death.

“Our NGO is called Mission Birubala. We fight against witch-hunting and superstition in Assam, under the leadership of Rabha. Our chief functionary has single-handedly saved 35 victims,” Anamika Baruah said. So far, the NGO as such has rescued 55 victims, she said and added, “because of the efforts of the NGO, the instances of witch-hunting have come down, especially in Goalpara and Majuli districts of Assam.

One of the four executive members of the NGO, Anamika Baruah said that this malice afflicting the society dates back to ages when people dubbed their targets as witches and harassed them to no end. The other executive members are Anjali Hajong, Moushami Kalita and Jitumoni Pathak. Dr Natyabir Das is the secretary of the NGO.

Many a time, attacks against ‘witches’ led to their killing. victims. “In fact, there have been instances wherein people use allegations of sorcery as a ruse and commit heinous offenses,” Anamika Baruah said.

Anamika Baruah said, “Witch hunting cases now have come down, especially due to the efforts of Rabha, who took up the fight against such practices, and her struggle has borne fruit. In the past, on an average there would be 12-15 murders every year of people branded as ‘witches.”

What the NGO and activists like Anamika do are to raise awareness over the evil practice of witch-hunting. “In this we have found excellent support from the police department,” Anamika Baruah said in an example of praising the police force that has of late, all across the country, has come to attract a negative image about itself.

“Yes, there have been many police officials who personally took interest and supported us one hundred percent, and our success so far would not be possible but for their help,” Anamika Baruah said reeling of some names of police officials like former DGP of Assam, Mukesh Sahay, former Spl. DGP (Special Branch), Pallab Bhattacharya, ADGP (Special Branch), Hiren Chandra Nath as deserving special thanks for their help and sensitivity. “We would also like to thank student organisations like ABSU, ATTASA, and other like-minded organisations like Ellora Vigyan Mancha and Assam Science Society as well who helped in our activities,” Anamika Baruah added.

“I must record my deep appreciation for the countless ordinary constables and inspectors who were patient enough with us, and helped us,” Anamika Barua said. She herself was inspired by the selfless life of Rabha and her arduous journey.

It is only because of Rabha’s work that Assam today has the Assam Witch Hunting (Prohibition, Prevention and Protection) Act, enacted in 2015.