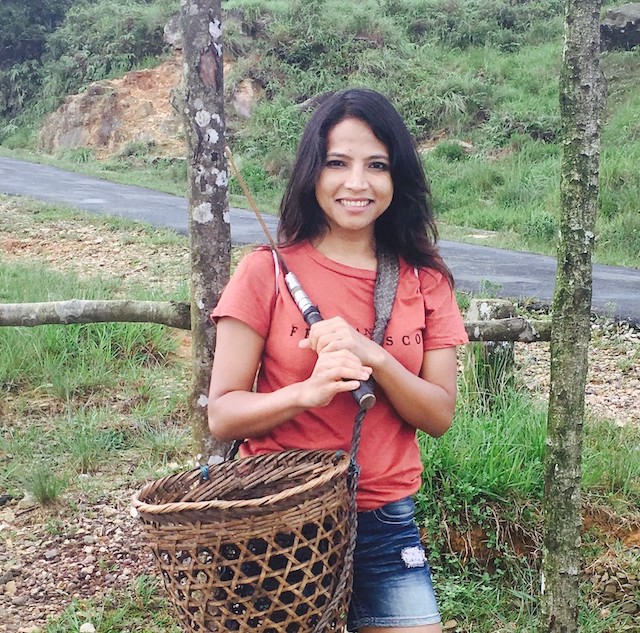 She was cocooned in a good corporate life – nice salary, perks, promotions and lots of support from her neighbours, friends and relatives back home in Meghalaya and even in Bangalore where she ended up after studies in North East, and Uttar Pradesh.

But Medarisha Lyngdoh, a young lady from Shillong, the abode of clouds, gave up all her comforts to enter the life of an entrepreneur but with a mission – to fight “globalization ke side effects.”

Yes, she is doing just that by mobilising and organising the local communities to take control of their businesses, make them tech able and take on the might of the big corporate entities – to cite an example, the food delivery aggregators like Zomato, Swiggy and the like, and even grocery supply chains.

She co-founded eSamudaay with like-minded corporate professionals, who all earned pretty well and wanted to *help local businesses to* gain independence from the corporations that told them what to do, when to do, how to do and the like. She is the Chief Operating Officer of eSamudaay and is part of the core team of five professionals headed by CEO Anup Pai that is spreading the network across India. At present, eSamudaay is available in Udupi, Shillong, Kaup, & parts of North India. Incidentally, the first network (circle) was started in Udupi in Coastal Karnataka during the lockdown.

After 15 years of corporate life, she got the opportunity and partners to start something around decentralisation and democratising digital space because she was convinced that globalisation was not the end solution for everything. “Globalization brought its benefits but it also brought its side effects,” she told Tricity Scoop warming up to the why and how of eSamudaay – a hyperlocal digital tech platform enabling the friendly neighbourhood food outlet and Kirana stories to digitise their trading and sales and expand *their* business.

Globalisation, she said, had destroyed small businesses, diversity, and it was high time some other sustainable and equitable model replaced it. So, it is in the quest of such an alternative – more or less modelled on vocal for local – was born eSamudaay. And in fact, it was a Covid Baby – though the thought process was always there, the pandemic accelerated the formation of eSamudaay, a local community of networked businesses and these in turn networked with other neighbouring networks of smaller, locality businesses, giving a tremendous scope to the small service providers to take on the big guns powered by technology.

The beauty is that the technology and Apps, developed by Medarisha and her team, are made available to anybody willing to sign up, for a small fee. On joining the e-Samudaay, the members get a plethora of professional services – communications, marketing, branding, and the like and make the small businesses competent enough to take on competition from bigger companies and corporations.

“It is more like a concept selling our digital tech space and Apps, that are designed to make the local communities survive and thrive. We provide the software tools and a technology framework that is shared by local markets first,” she said and added, “first we started with food and groceries.” To put it in simple words, it is nothing but a local Zomato or Swiggy, she said.

Today, in just less than one year, e-Samudaay has some 30 employees, most of them freshers from different colleges and different streams. “Youngsters of today want to experiment with different kinds of jobs and we found a bunch of enthusiastic and energetic boys and girls, who were taken in by the concept and the thought behind our initiative,” Medarisha said.

The initiative has 3 Cs – Commerce, Community and Communication. The first two are done and for the third C – communication, we have a plan to offer a platform for creative people, artists, writers and authors and the like to explore the market and *enable them to* sell their services to the audience garnered from the networked networks of communities, she said.

All the members who sign up for e-Samudaay get two weeks of training, and also continuous handholding till they become proficient in all aspects of the operations. If a particular individual wants to build their own brand, that too is encouraged, she said. Each member gets a set of four Apps and an Admn console, and “we set up the system and train them,” she said. You can add on any local services – like beautician, plumber, carpenters and the like or have a delivery service going as well.

“When we as a community work together, and are enabled digitally, we help us create a more sustainable commerce alternative”, she added.