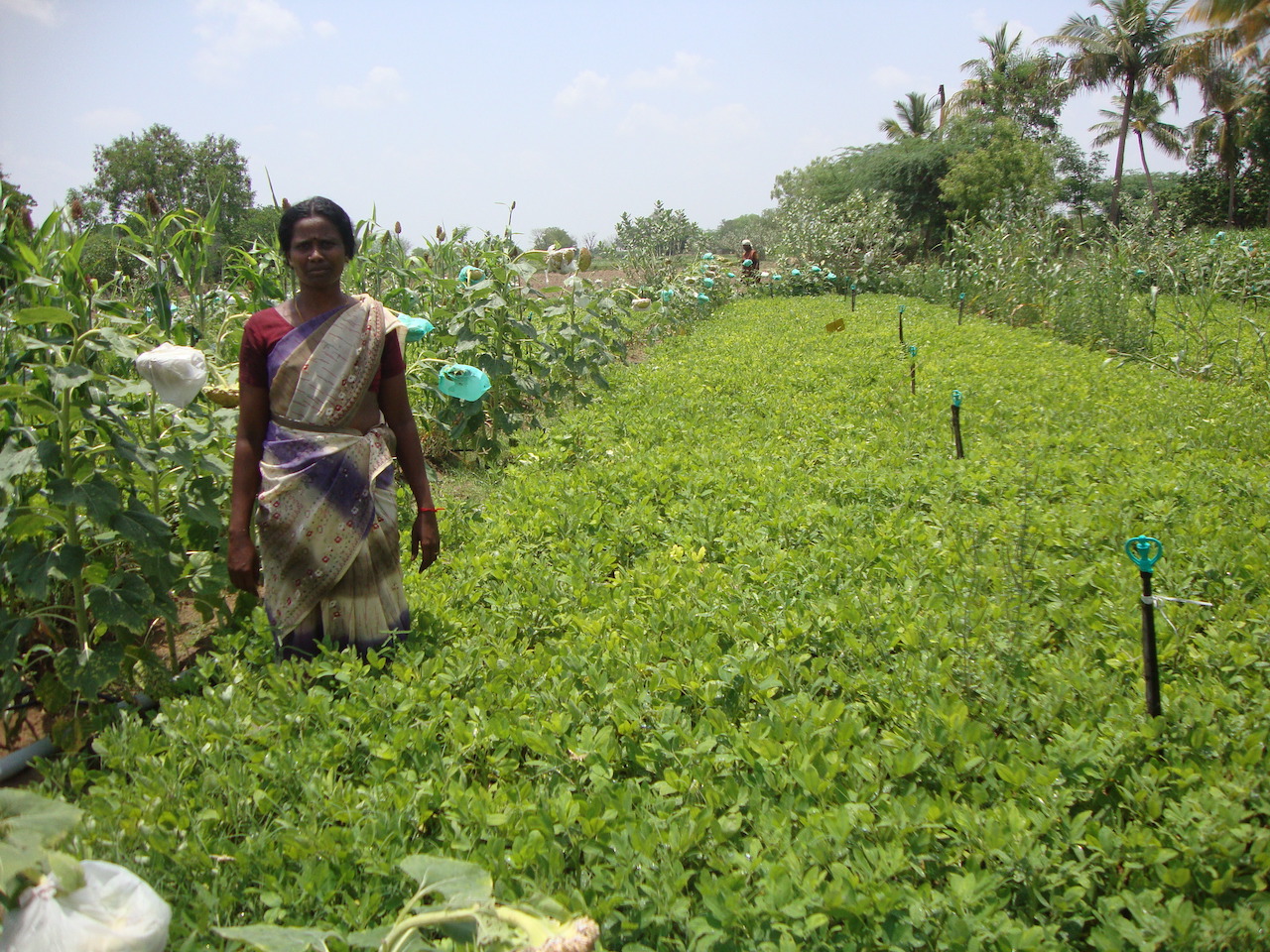 Father of Green Revolution, Prof MS Swaminathan, has shown how to become self-sufficient in pulses too, and also resolve the farm crisis. His solution: make the farmer the centre of all agricultural operations — from tilling to sowing to cultivating to processing to marketing.

This is the seed he planted some 10 years ago at a village in Southern Tamil Nadu, to enthuse small and marginal farmers to shift to Pulses cultivation. It has today grown into a huge tree with some 1000 farmers from 55 hamlets in the region, growing pulses, and other cash crops. These small and marginal farmers are today organized into an efficient company, handling farm operations, processing of produce, and its marketing – as envisaged by the father of the Green Revolution.

His strategy was as direct as it was simple — Prof Swaminathan in 2012 set out to address the severe shortfall of pulses in the country, and began Pulse Panchayat. His premises, farmers must be involved in every chain of their activities for maximum returns.

P Lakshmi of Kathavampatti village of Illuppur Taluk in Pudukottai district of Southern Tamil Nadu was glad she attended a Pulse Panchayat. Her earnings doubled in a few months; she is not complaining. She took up black gram cultivation in just 0.75 acres and installed a sprinkler irrigation system. Her yield of 300 kg fetched her a sum of Rs 31,500 and deducting her costs, she ended up with a net income of Rs 21,400.

“I fully agree with Prof Swaminathan’s thinking that every crisis provides an opportunity, and in about four years’ time, we had a pulses revolution in Tamil Nadu,” said former Swaminathan Foundation senior scientist Thachinamurthy Krishnan.

In conversation with Tricity Scoop, he said that from 40 acres under pulses cultivation within just a couple of years it went up by ten times to over 400 acres.

“Examples like Lakshmi are many,” Krishnan said adding “today the project has expanded manifold and cover more cash crops. There are rice processing mill and systems erected for processing all other produce, including pulses.” The scientist himself chose to fully align with the farmers as its full-time CEO, with the blessings of Prof Swaminathan.

He has been with the Illuppur Agriculture Producer Company, since its inception in 2015. It markets all the produce from the villages under one common brand – Patikaadu, which now includes organic vegetables, poultry, and integrated dairy products. All the company decisions are taken by the board of directors, farmers all.

Technology too is finding increasing use in the Project Pulse Panchayat. This project, comprising 10 villages, has been digitized using remote sensing tools and strategic plans developed for pulses production. It also has a village knowledge centre and custom hiring of farm equipment for the farmers. And for all technical help, assistance is on hand from National Pulse Research Station, Vanbam, Government Agricultural Department, and the Swaminathan Foundation.

What Prof Swaminathan did was replicate the process that he adopted for the Green Revolution – if it was the Seed villages fifty years ago, it is the Pulse Panchayats now.

More important, inquiries were coming from various places and states, Krishnan said and added “it is possible to not only replicate this concept but also can be scaled up.”

This is a model that farmers across the crops – food and cash crops – can try, he said and added “together, small and marginal farmers can hold their own in a competitive market, collective bargaining is their key to prosperity.”

In the last five years, since the formation in 2015, the IAPCL has built up assets worth Rs 1.5 crore, provided Rs 1.34 crore credit facility, Rs 15 lakh worth subsidy for bio inputs for organic farmers, and had a turnover of Rs 6.87 crore of sales. The benefits include the right weight, standard price, and timely payment.

The way forward – next 5 years