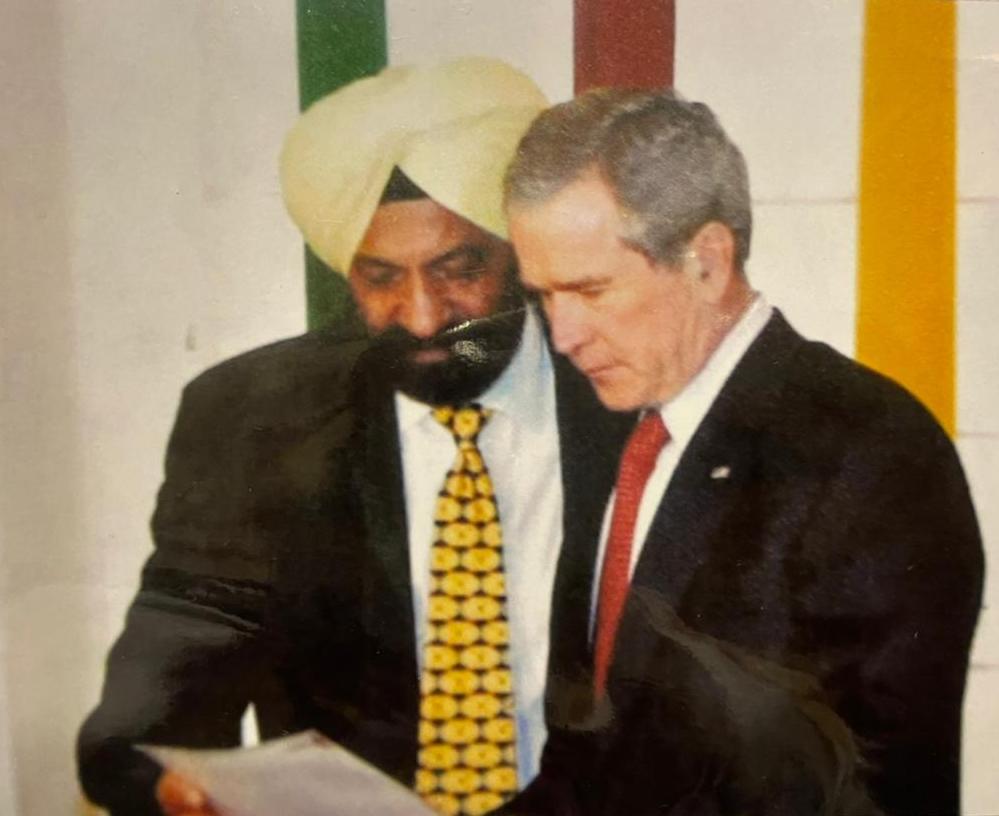 Do It With A Smile, For All-Round Success

Standing over six feet tall in his socks, Sardar Tarlochan Singh is a genial, witty, and spontaneous communicator endowed richly with the large-hearted Punjabi Sikh hospitality. These combined with his ready-for-any-situation attitude, and an open mind helped him win many battles – in the arena of making and breaking perceptions.

In his over six decades of association with the government, sports bodies, minority affairs, corporations, event and media management for VIPs, governments and international sporting events, Sardar Tarlochan Singh managed to build a positive public perception – his strategy was as simple as it is effective.

A lot can be achieved by a simple smile and a friendly attitude, said Sardar Tarlochan Singh, adding “I owe my entire success in life, entirely to my public relations instincts.” This one line just about sums up the secret of his success in over six decades of work – as a government employee (in public relations), heading tourism development corporation, minorities commission, and Member Rajya Sabha.

Delving into the past, 87-year-old Sardar Tarlochan Singh said if a helpful media played a big role in the success of the Delhi Asian games of 1982, it was the hostility of the media that damaged the Commonwealth Games of 2010. Its image was in tatters in India and abroad, proving that absence of an effective media strategy would be costly.

Performance-wise India won 100 medals in the Commonwealth, very creditable. “But mishandling of the media was its undoing and it suffered a major image problem,” he said.

This is so much true, and perhaps more so, in the political pitch, as Sardar Tarlochan Singh as a media strategist for President Zail Singh during his big fight with Prime Minister Rajiv Gandhi proved. During the battle between the two VVIPs, the President never got bad press and he came across as the taller leader. President Zail Singh had differences with Mrs Indira Gandhi on Operation Blue Star, and with Rajiv Gandhi over the Postal Surveillance Bill, but never got a bad press.

“Even President Zail Singh himself had basic PR instincts,” Sardar Tarlochan Singh said and added that his boss would himself sweet talk editors, reporters and a cross-section of the people.

Sardar Tarlochan Singh was surprised when his name was among the Padma list, for his contribution to public affairs. “I absolutely had no idea, perhaps many people had recommended my name. I am thankful for the love and affection of countless people I encountered along in my life,” he said.

It sure is a heady feeling for Sardar Tarlochan Singh to walk into the same building as the Press Secretary to President Zail Singh and participate in the conduct of civil investiture ceremonies. Now to attend the same function to be awarded the honour by President Ramnath Kovind is really great. “I never had in my wildest dreams expected something like this, but sure am happy that my services have been recognised,” he told Tricityscoop in an exclusive chat.

Sardar Tarlochan Singh is the man responsible for setting up the Delhi Haat, a happening place in South Delhi and developing Hauz Khas as a tourist centre.

He counts his dogged pursuit of Sajjan Singh that led to his eventual conviction for his role in Anti-Sikh riots of 1984 his biggest achievement in the Rajya Sabha. “It was my persistent efforts that we managed to force the government to act, and eventually he was convicted,” he said. “I am happy I was able to take up the case of Sikhs from Afghanistan,” he said.

Never a dull day, not a day to rest, all through his working days.

Now how does the 87-year-young Sardar Tarlochan Singh spend his time?

A devout Sikh, Sardar Tarlochan Singh is a sought-after speaker at Sikh congregations across the world. “There is no country left anywhere, where we do not have Gurudwaras, and I am frequently invited to address gatherings. I have gone on several lecture tours, till COVID-19 outbreak suspended these events,” he said.

He is also the Chairman of the Board of Governors of the prestigious Khalsa College affiliated to the Delhi University. He has written five books in Punjabi and is under pressure from his friends and well-wishers for an autobiographical take on Public Relations and Communications.