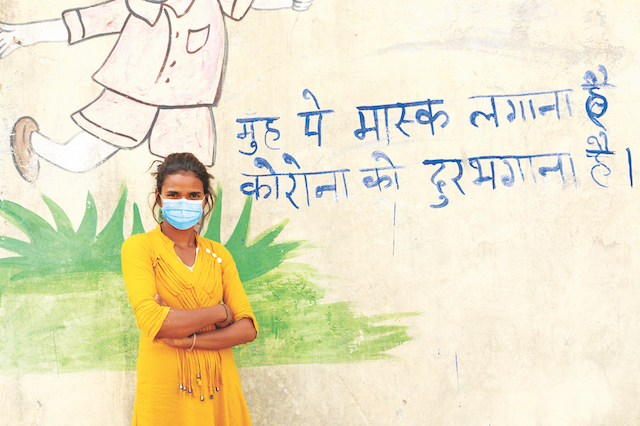 Communications, or rather strategic communications to repair negative perceptions about Covid vaccines were as important, if not more important as the discovery and administration of the vaccine in the country’s fight against the pandemic.

At one stage, rumours, negative even if false narratives on vaccines and vaccination, were threatening the country’s vaccination drive, the largest and the fastest in the world, by spreading falsehoods that increased vaccine hesitancy among the people. The danger of weakening India’s fight against the worst public health disaster in over 100 years was very much real.

Given this scenario, it is fascinating to see how India managed to succeed in the fight against Covid, especially when the mightier, more developed West is still struggling with increasing cases and saw many more waves of virus attacks.

Today the contrast cannot be starker – with Maharashtra, the worst affected of all the Indian states in the first two waves of the pandemic, doing away with Covid protocols, masking up and social distancing even as neighbouring China imposed severe lockdowns in a few of its areas on the suspected spurt in cases again.

In fact, India was among the first to be infected with the deadly virus and also the earliest to beat back the virus and return to normalcy – offices are opening up and Covid restrictions on travel, establishments, and social distancing easing up. Delhi is also mulling doing away with mask mandates as the number of new cases plummets, much to the relief of the people.

But, Covid has not completely gone, which is something that people would well remember, especially in the wake of the warning of yet another wave likely in June/July. But, one thing, our journey so far in the fight against Covid has made the nation strong and confident and ready to face any eventuality – including preparations to face any public health challenge.

Now, let us see how India managed to succeed when many others still flounder. For sure, India’s success is a story of leadership, innovation, dedication, partnership, sharing, and leveraging of technology. It is not for nothing that India managed to handle the Omicron wave well. It caused numerous deaths in other countries, but India’s superior Covid management model and the mega vaccination drive combined to save India.

India also crossed the 100 crore doses mark in just 279 days, making it the fastest vaccination drive in the world. These achievements assume a greater significance given the population density of 464 as compared to 36 in the US and 282 in the UK, low per capita public health expenditure, and smaller percentage of GDP spent on public health, India saw fewer Covid deaths and fewer number of cases.

But there was a risk of the plan going haywire, given the spate of fake news, deliberate and misleading information that spread vaccine hesitancy.

An elaborate media communications strategy, with the active participation of the government, the private sector, multilateral bodies, NGOs, and people from the scientific community arrested the mischief.

In this, the various stakeholders, NGOs, CSOs, industry, development partners — WHO, UNICEF, UNDP, USAID, ADB, and BMGF — and media joined forces in this effort.

UNICEF took the help of Rajasthani folk artists and musicians, and local influencers to remove vaccine hesitancy from the minds of the people.

Yasamusa Kimura, UNICEF representative in India, AI, lauded India’s successful fight against the pandemic and said, “This is the first time in our history vaccines were developed on a war–footing to reach billions. India’s vaccination model has been very important in defining the global trajectory of the COVID-19 pandemic.”

Takeo Konishi, Country Director, Asian Development Bank noted that despite huge geographical, cultural, and political challenges, India has demonstrated a roadmap to the world on overcoming numerous challenges. He congratulated India on its multi-strategy focused response to the pandemic by galvanizing governments and community participation.

Shoko Noda, UNDP Resident Representative said that India’s COVID19 vaccination drive is “unparalleled” across the world. She further said that India’s vaccination success story is a reflection of the commitment and dynamism displayed by the leadership of the country towards meeting the challenge of the pandemic.