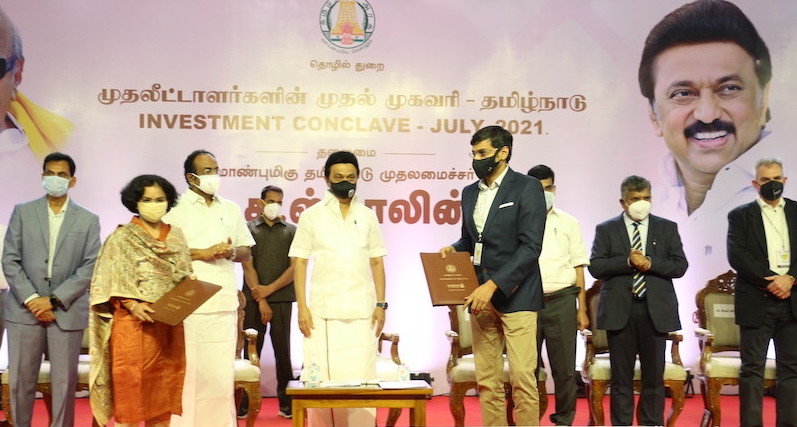 Chennai, turning into a hub of data centres

Spat between the union government and social media giants like Twitter and Facebook over content and data issues, and ongoing Covid pandemic that has forced many brick and mortar companies to shift to online operations, have helped unintended beneficiaries.

Prominent among them is Chennai, the capital city of Tamil Nadu that is known as the automobile hub of the country, is now in the process of building several data centres, where data emanating from the internet will be stored. In fact, the shift to online, several operations like education, events, and administration along with sales and marketing activities have meant an increasing need for space to save the data thus generated.

The government has also asked the big social media and tech companies to locate their servers, and by extension data centres, in India so that they can be under greater monitoring and control, should some activity undesirable from India’s perspective takes place on the internet space.

Endowed with physical and human resources for hosting Data Centres, Tamil Nadu has cottoned onto a profitable new arena for modern business – Data Centres, and has entered into agreements with private players to set up such centres in the state.

It is an assured business, what with the union government and the Reserve Bank of India ordering the tech players to have their data stored in India. This strict regulatory requirement for the tech companies is also boosting the data centre business.

Spotting this opportunity, Chennai city and the Tamil Nadu government have begun tinkering with rules and regulations to facilitate the smooth setting up of Data centres. New Tamil Nadu government, headed by DMK supremo MK Stalin, is working out a new policy for data centre in a bid to strengthen the whole ecosystem surrounding this new economic activity. Most common requirements of data centres pertain to housing regulations and power. These are being reworked to encourage data centres and further downstream investments.

Among the companies that has signed an agreement with the Tamil Nadu government for setting up a Rs 700 crore data centre is Web Werks India Pvt Ltd, in the business of data centres for many years. “The centre is likely to come up and become operational in two or three years from the time land is acquired,” Nikhil Rathi, CEO and Founder of the company told Tricity Scoop.

Chennai office is part of the Web Werks plan to expand its operations to cater to its 5000+ clients that include Fortune 500 companies across various verticals. Among the companies that Web Werks work with are Microsoft, Canon, Godrej, TATA, Akamai, Netflix among others. The company also works closely with the government.

According to Rathi, Chennai has three submarine cable landing stations (one more to come), a comfortable power supply position (data centre capacity is generally measured in MW), the availability of market and knowledge pool, and is an ideal location. The company will set up a 20 MW data centre.

He saw a healthy improvement and growth in data centre business in the near and distant future, as the new normal in post-pandemic scenario assured huge spike in internet data traffic. The company has its data centres is Mumbai, Pune, and Delhi as well, but is betting big on the Chennai one for catering to the southern region.

Tamil Nadu has six submarine data cables with a bandwidth of 14.8 Tbps.

Even rural areas in the state are well connected, with more than 12,524 village panchayats equipped with a scalable bandwidth of 1 Gbps.

Web Werks is not the only firm looking at Chennai. There are eight other companies that have signed MoUs with the state government to set up data centre projects, worth Rs 16,927, crore. Among them are Yotta, Princeton Digital, ST Telemedia, Netmagic, and Adani.  Ambattur and Sirseri are two locations eminently suitable for data centre projects, the TN government said.

Besides, the concentration of IT companies makes Chennai, Bangalore and Hyderabad too good locations to build data centres, Rathi said. The availability of a highly-skilled talent pool in these cities is an added advantage, he felt.

Industry estimates predict, Mumbai and Chennai drive 73 percent of the business and capacity in the next two years, with Delhi and its surroundings emerging as new hotspots.