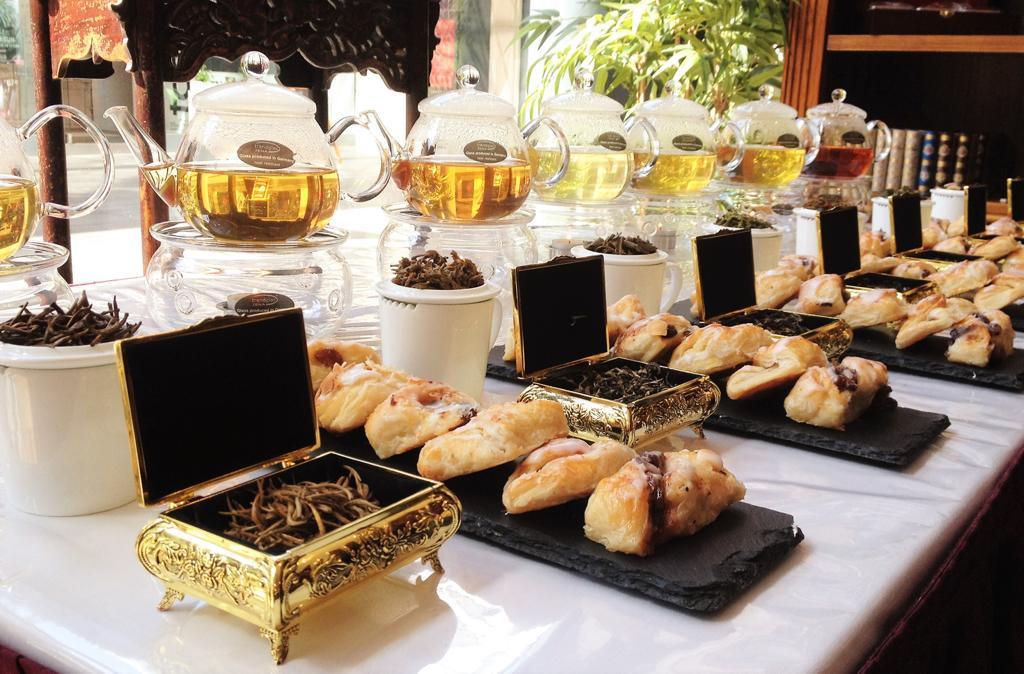 Kolkata-born Shahid Rahman, a graduate of the University of Kingston with a Master’s in Media and Communication, is bringing his London Tea Exchange of India, a luxury tea brand, to select outlets soon.

Son of SK Abdul Rahman, a well-established cricket scorer in test matches and one-dayers, Shahid too had a brush with cricket as a youngster but moved into sports journalism and later branched out into the world of business – dealing in interior design and high-end furniture namely Curborosso and Décor Italia catering to the elites in London.

His dream is to make his brand – London Tea Exchange, the Starbucks of Tea in India and has teamed up with the best in terms of marketing to make it happen. He will also be offering coffee as well to customers.

“Both our tea leaves and Coffee beans are of premium high quality, and it is their customer service that we will sincerely try to emulate and do better. We would strive to create the ultimate hospitality experience for our customers,” he said.

For starters in India, Shahid Rahman is looking at opening super-exclusive Tea stores, 50, in the first year and expanding to 200 stores in the next three years – as a blend of company-owned stores and franchise operations.

Shahid Rahman wants to bring the concept of luxury tea rooms to the big cities and towns in India, offering one of the widest selections of single estate premium tea providing an aristocratic colonial experience. London Tea Exchange has grown in the last ten years as an enviable niche in the growing luxury market.

“The rise of coffee shop culture in America in the past century has resulted in Coffee’s becoming the preferred social beverage across major parts of the world. But we Indians still love our Chai. Isn’t it,” questioned Shahid Rahman and expressed the confidence that people in India will also develop a taste for an aristocratic experience of the super-luxury chai “we are about to serve.”

Contrary to the world’s choice, Indians still prefer tea as the first choice of beverage with over 90 per cent of the market penetration of an average Indian household. “With the right market strategy and product design, we believe we can bring back the social charm and class that tea houses once greatly enjoyed,” he said.

But London Tea Exchange will also offer Coffee to its customers.

“While we take pride in our extensive tea collection, we are not limited only to tea-based beverages. We also offer different types of premium and rare Coffees sourced from different countries,” Shahid Rahman said.

“First we are looking at New Delhi and Bangalore to open our signature stores, followed by Mumbai, Kolkata and Hyderabad,” he said.

On the pricing, Shahid Rahman said that India remains a highly price-sensitive market. But he interprets the Indian spending behaviour as one that is not about looking for the cheapest product but one that gives the best value for money.

“And these teas, and Coffees are the best value for money,” he said. Even if we compare our interim prices to the current market players, we believe we are well-placed in between. For example, he said, “our beverages start from Rs 120, which we believe is below the industry standard.”