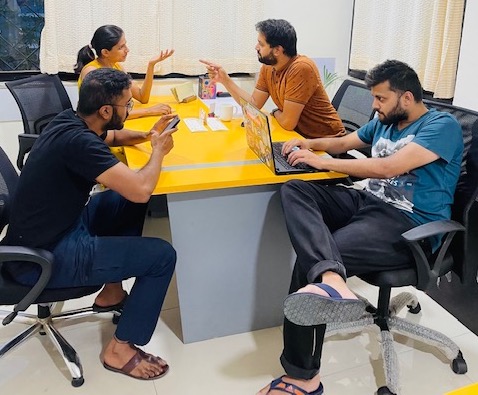 Bringing Quirk and Wit Back Into Advertising

Numerous start-ups mushroom now and then, but only a very few go on to become big, and successful.

Is there a success formula at play? Or, as countless conversations with entrepreneurs – from a chaiwala or chaiwali to product manufacturers to services providers – reveal, there is a clear-cut pathway for progress and prosperity that starts with an idea, or a goal and a committed pursuit with effective implementation, the right strategies, and dogged determination.

It goes without saying that one knows how to make chai if one wants to become a tea-seller. The reason I am citing the example of a chaiwala is to show that it is possible for someone to make success even out of as common an activity as making tea if one can find a way to make one’s presence felt and be distinctive enough to grab the attention of paying customers, and either create or capture a market.

Now there are two young women in Udaipur, who are precisely doing that. They hit upon a nice name -Scootea – AND prepare tea in a makeshift kitchen mounted on a scooter and sell on the pavements near tourist spots of the city of lakes. The novelty factor is working for them, for the present, with offers of tie-ups, and even springing up of me-too attempts, a clear indication that they have hit the bull’s eye.

Cut to Pune, a city that has become an educational hub and a youngster’s paradise in terms of a happening lifestyle, and opportunities. Being attached, well almost, to the financial capital of India, Mumbai, has its own advantages. 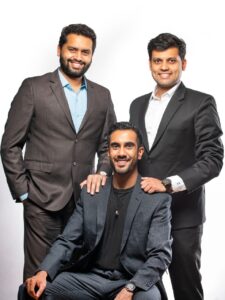 “Advertising used to be impactful and witty and had an amazing recall value attached to it. In the transition to digital media, the quirk and wit got lost somewhere and we wanted to bring wit back into advertising. We want to create advertisements that we as advertisers as well as masses love to see,” said the trio, and their Group Account Director Dhanashree Jere.

Incidentally, it started off with a chance assignment from their common friend who owned a café in Pune and wanted help in building its social media presence through Instagram postings. Nahush, a chartered accountant by training, co-founder of Wit and Chai remembers the first payment for the month-long assignment – Rs 6,000 that eventually led to the formation of the advertisement company.

Mohit, an engineering dropout amongst them, only proves that academic qualification may be desirable but not essential conditions for success as an entrepreneur, as countless college dropouts have proven in the past.

One thing led to another and soon, Wit and Chai were working with McDonald’s, Uber Eats, Swiggy, Zomato, Netflix, Red Bull, Amul (Marathi), Chitale Bandhu Mithaiwale, MTV, Sony Pictures, and even Coca Cola. The agency’s creative abilities received a boost with the arrival of their college classmate Dhanashree Jere, as the Creative Strategist two years ago. She delivers insight-laced, straight-to-the-point campaigns that work because of her focus on reaching the right customer. Her core skills — ideation and execution of campaigns – are what the agency’s clients are getting used to.

She also exemplifies what the Wit and Chai founders believe in allowing and participating in the all-around growth of everyone associated with the agency. From a mere three in 2018, today the agency is 25-member strong and growing. Explaining, Mohit said that Dhanashree has another activity, of promoting handicrafts and tribal artwork, and the company encourages and even helps her with whatever she needs.

Likewise, if someone in the company wants to take up their hobbies and build businesses around them, Wit and Chai show full support. “We aim to build a conducive environment for employees to pursue their interests. We encourage them to have a work-life balance, even if it sometimes means cutting a few hours from the workday,” Mohit said, emphasizing the overriding philosophy of the founders.

Even at the stage of hiring, Wit and Chai give greater importance to the overall persona, hobbies, and interests of the candidates than to just academics.

Advertising needs creative juices to be flowing unfettered and for that, the ambience has to be just right. And that is what one would find at Wit and Chai.

Their ambition: to be able to work with a sports brand like Nike – it is this kind of a dream that the three founders and the Group Account Director are following for the present.