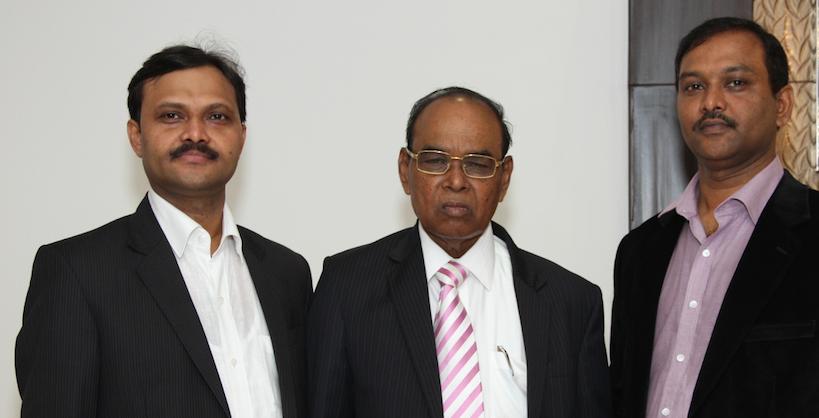 By Lakshmana Venkat Kuchi on October 7, 2020

At the outset, I request you to kindly excuse me for drawing upon from an inspirational story that my late father, Suryanarayana, a central government servant when working, used to mention every now and then.

It was with admiration and pride in his voice that he used to mention Alapati Venkateswara Rao, a man who failed to clear civil services interview but, a few years later created a business empire and became a doyen in the tourism sector of Andhra Pradesh.

He started very small, with a 10X12 ft grocery store, and today has a chain of hotels, a fleet of luxury buses and several offices across India.

Like my father, AV Rao, now 85, had also arrived in Delhi in the 60s with the dream of becoming a civil servant. Armed with a degree from Andhra University and later a Master’s in Economics from Agra, AV Rao joined Rau’s IAS Study Circle, run by an ex-professor of Andhra University in Delhi.

After nine months of coaching, he passed the written examinations but failed to clear the interview round. Devastated, Rao took up jobs in the government-owned research bodies and later the central government. But clearly, his heart was not in these jobs and he wanted to break out as an entrepreneur.

He quit the government job in 1965 and rented a 10X12 ft shop in Padam Singh Road, Karol Bagh, and named it, what else, Andhra Stores, selling groceries and vegetables sourced from Andhra Pradesh. This store was something that the Andhrites were looking for.

As was the norm in those days, anyone coming from South India used to land up in Karol Bagh, then populated thickly by people of South Indian origins. It was from this community that Rao spotted his business idea.

Rao’s focus was on service, which fuelled word of mouth publicity and eventually, a brand was born – and got popular among the Andhrites, and the extended South Indian community.

My father Suryanarayana, who had also failed to clear the interview for civil services and later joined the Planning Commission, used to recall the life of Rao and mentioned that at times he used to home deliver vegetables and groceries on his bicycle.

But this was not something that Rao was going to be satisfied with.

He had a dream – to erect a tourism business. 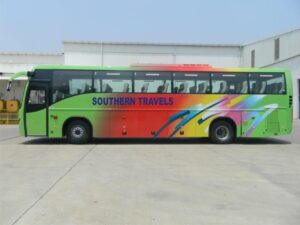 “So, after five years of his Andhra Stores, my father took a 100 Square-feet shop on rent situated in Karol Bagh, New Delhi and started a Travel Agency in the name of ‘Southern Travels (Regd.)’ with a nominal investment of Rs. 10,000/- from his savings. Out of which Rs.7000/- was towards Pagdi (advance Rent) for a 100 sq. ft shop and Rs.3,000/- towards getting OYT telephone (getting Telephone connection was difficult those days) and other incidental expenses,” said his elder son Alapati Krishna Mohan.

“My father acquired the first bus with a loan from Vijaya Bank Ltd for operating Delhi, Agra and Jaipur in 1974. Later in 1978, my father purchased an old building by taking a loan from “The Vysya Bank” and constructed a Guest House,” Krishna Mohan said.

At present, Krishna Mohan is the managing director of the company, which has grown into a Rs 100 crore company with three hotels – one each in Delhi, Jaipur, and Vijayawada. There is a fleet of 50 luxury buses and minibuses for conducting tours to different destinations.

“Even today, the tourists come predominantly from Andhra Pradesh and other South Indian states,” Krishna Mohan said. Southern Travels has offices in major cities of AP and Tamil Nadu.

“We have not given up the Andhra Stores. There is a 5,000 sq. ft superstore that we run in Karol Bagh today,” Krishna Mohan told Tricity Scoop in a telephonic interview. At present, the company has an employee strength of 450 people.

His younger brother Alapati Venkata Praveen is the Joint Managing Director of the company.

Southern Travels was a Partnership Firm since 1970. It became a Private Limited Company in 1995. The company now has plans to open Hotels/Resorts at Visakhapatnam, Goa, Hyderabad and Manali.