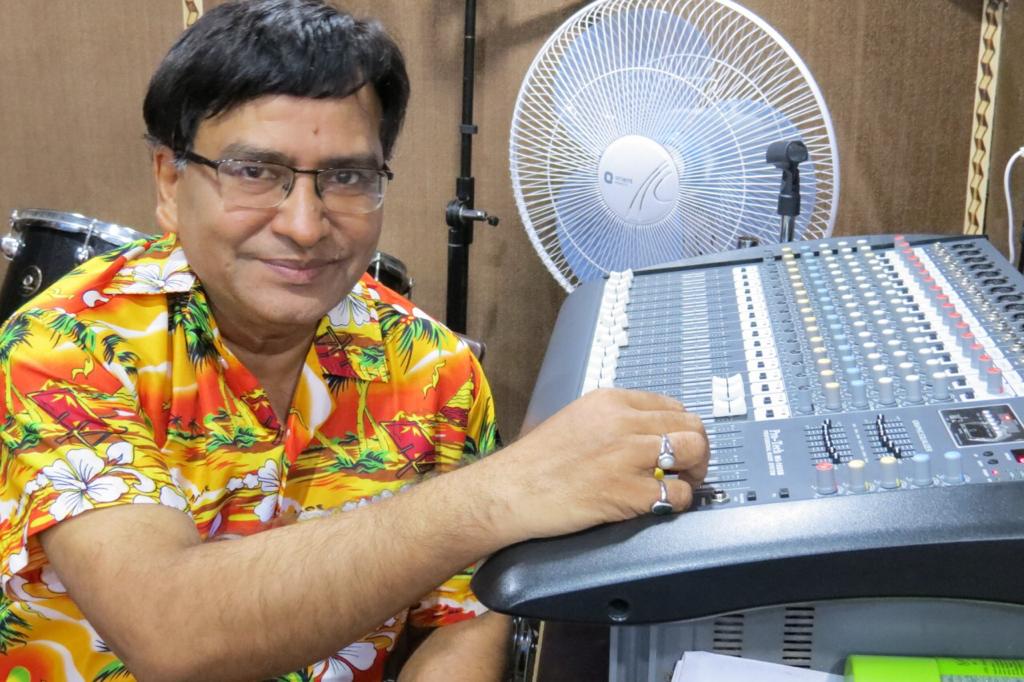 And The Journey Goes On…

Hailing from a family of professionals, he likes to describe himself as the ordinary common man.

But I beg to differ, having watched him work and study alongside all through his professional corporate career of over three and half decades, I cannot help but salute his inspirational journey up the corporate ladder.

Many professionals trained under him today figure among the who’s who of the Corporate Secretarial, Legal and Human Resources arenas in different medium and large private sector companies across sectors.

And just when I thought Prabhakar had completed his quest for knowledge, he began indulging in his singing passion – a bit late in life at 50 plus, after his wife Indira, a government servant serving in a central investigating agency, gifted him a Karaoke Mike.

A self-taught singer who idolizes Mohammad Rafi and Ghantasala (Telugu singer and musician), launched into singing in his drawing room and then got bold enough to singing at official functions.

It was his unbridled love for sports and music, and supreme confidence and positive attitude which made him enter and participate in all sports and music contests at every organization he has worked since he began as a junior resource with an oil PSU in the early 80s. He started his career immediately after graduating in Commerce from the Delhi University.

All along he kept acquiring degrees and would always use his eligible leaves to appear for exams of the different courses he kept doing one at a time, all through his life. A person with ready wit and humour, often he was at the center of organizing sports, musical and cultural programmes at organizations and at colonies where he lived.

But it was the Karaoke that changed his approach to his singing, taking it more seriously. Confident after a few attempts he made in hiding, he brought out his bathroom singing into the drawing-room and from there to musical evenings at home for music lover friends.

“Yes, there sure were some who sneered at me, but who cares for such negativity,” Prabhakar said in a conversation with Tricity Scoop.

It was just three years ago, when Prabhakar got hold of few friends, RK Moorthy and Shiv, and formed a musical group, ‘Mayur Musical Group’ (MMG), with the sole objective of “spreading happiness through music”.

In just three years, Prabhakar and his band of amateur crooners have notched up 45 performances for charity at the school for the blind, orphanages, and old age homes. The band’s regular fare would typically comprise a mix of vintage classics and peppy new songs.

MMG has associated with music programs in partnership with Tata Teleservices and Rotary club of Delhi – Manthan at Delhi Blind Association. The core members of MMG are all highly qualified professionals like Lawyers, Engineers, Medical Doctors, and Finance professionals but equally passionate about music.

The unique feature of the group is it being multilingual – the members can sing film songs in Hindi, Telugu, Tamil, Kannada, Malayalam, Bengali and Assamese.

However, the COVID-19 pandemic threatened to put a full stop to the musical activities.

But in fact, it proved to be a blessing, as he and his band went online – under the banner ‘Prabhakar Crooning Corner’ streaming live on FB/YouTube.

Since April 2020, Prabhakar has given 25 online musical programs in Hindi, Telugu, Tamil, and Kannada. Prabhakar Crooning Corner believes in giving a platform for budding singers to showcase their talent and more & more singers joined this interesting concept and the followers base has multiplied by manifolds.

At present, 25 singers join these fortnightly online programmes and sing in various Indian languages. Other than theme-based musical programs, Prabhakar Crooning Corner presents a monthly Tribute to legendary singers, like S. P. Balasubrahmanyam on the 25th of every month, streamed live on FB/YouTube.

Additionally, Prabhakar also blogs on various topics, and is a public speaker on professional topics and reviewer of movies and cricket matches. He loves to share his experiences with budding professionals.

A practising Company Secretary and a registered Insolvency professional, Prabhakar continues his quest for more and more in life.

“Perhaps adventure travel,…well, the journey never ends.” Well said Prabhakar, way to go and live life to the fullest. It is so apt that the tagline on his WhatsApp profile reads ‘Zindagi, Zinda Dili Kaan Naam”.