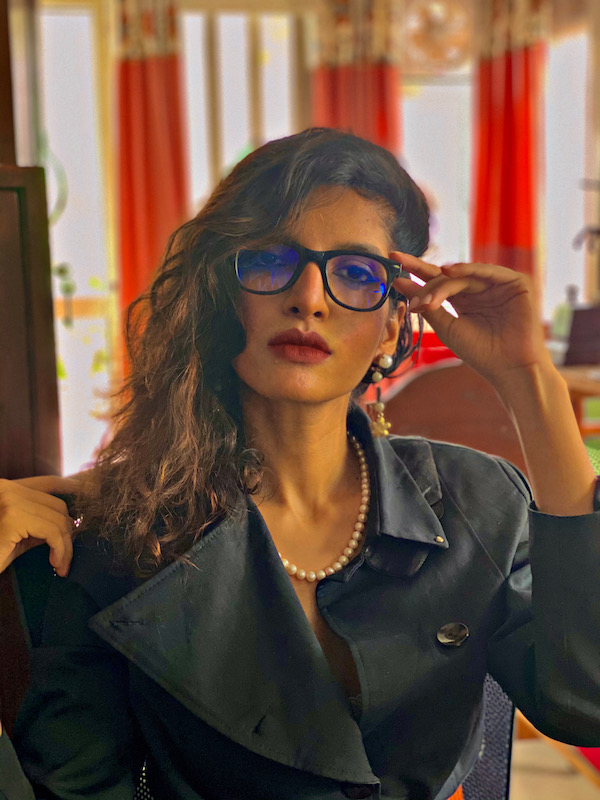 Never Put All Your Eggs in One Basket: Kerala Beauty Queen

At the outset, I must admit that I am having to break my vow – of not to use cliches – to introduce this young person who is a beauty with brains.

A professional model, Shruti Khandare, has been walking the ramp ever since she broke into the world of glitz and glamour as a multi-talented teenager. But she was smart enough to realise that this glitzy world offered her an enviable lifestyle, money and fame, but it was not sustainable.

Which is when this girl, born into a Nair family, switched on her brains to scan her professional life as a model endorsing brands, walking the ramp, doing corporate and entertainment events for nearly a decade and evaluate herself and the environment of lights, sound, an action that surrounded her. For sure, it was not a sustainable proposition and it was up to her to think up a path that allowed her to go from strength to strength, consolidating the gains she made, in her personal and professional life.

Hailing from a family of armed forces – father serving in the Indian Navy – she has had a disciplined and diverse life growing up. She has seen some 17 schools, as her father used to get routinely transferred and moved along with family to different locations across India, along the coast for obvious reasons.

Just consider her education and training: She learnt Bharatanatyam and Carnatic classical music at the Singapore Indian Fine Arts Society and has also been a student of modern dance styles at the Shaimak Davar’s institute. These, she learnt out of interest, and due to upbringing with her parents allowing her to explore everything she wanted to.

She had entered the beauty pageants as a teenager and won the Miss Navy Queen – Miss Most Popular in 2010, an acknowledgement of her pleasing personality and ability to get along with everyone, and since then winning became a habit for her. The same year, she was crowned Miss Kochi and later was the first runner up in the Miss Kerala pageant in 2011. Later she followed this by winning the Miss Talented title at the Miss South India contest in 2013 in Chennai.

And then, sure enough, several assignments for modelling, walking the ramp, and events followed as they would any Beauty Queen. She walked the ramp for famous events like Kochi International Fashion Week, NIFT Fashion Week Chennai, Bhima Jewellery Fashion Show, Emmanuel Silks and many more.

She was also a popular Guest Judge at various fashion shows. Shruti recalls judging the Milan Fashion show at SRM University, her alma mater, with pride and nostalgia. Besides, she featured in several advertising – print and video – campaigns and is a very familiar face down South.

A mass media graduate with Design and Visual Communications as her majors, Shruti did not depend entirely on the glitzy world that was offering her a career. She instead chose to apply her education in her professional life and joined a big and respected Public Relations company for a more sustainable career rather than waiting for ‘gigs’ to happen – though she had a series of offers, she thought it was better not to wait for an uncertain tomorrow.

Even today, she does not say no to any offers for modelling, ramp walk or anchoring corporate events. But during the course of her professional life as a PR person, she managed to pick up several aspects, including a sharp business acumen. Slowly, but surely, her social media presence grew, and suddenly she discovered she was an ‘influencer’ too, and that she was able to carry out digital marketing campaigns all by herself.

Today, she has a team of five persons, to handle “Shruti Khandare” the brand – the celeb and the influencer. Shruti had given a good account of herself as a digital marketeer – as her clients endorse.

While dating her husband to be a Fintech start-up owner, she picked up the financial terms and concepts so well and was able to market them successfully.

This is why he appointed her as the Chief Marketing Officer of MyFundBazaar, a Pune-based Fintech company. She launches authoritatively into an expert talk on the new, innovative financial products, but that is for another time.

Her advice to the youngsters striking out in life: Never put all your eggs in one basket, and always have a plan B, and if possible, Plan C and D as well – so that one is ready for any eventuality. In my case, I was ready with the degree that got me into a Public Relations job,” she said.

“In my case, it was media related. But life takes several turns, and it offers chances. The trick is in spotting the chance and grabbing the opportunity,” she said.