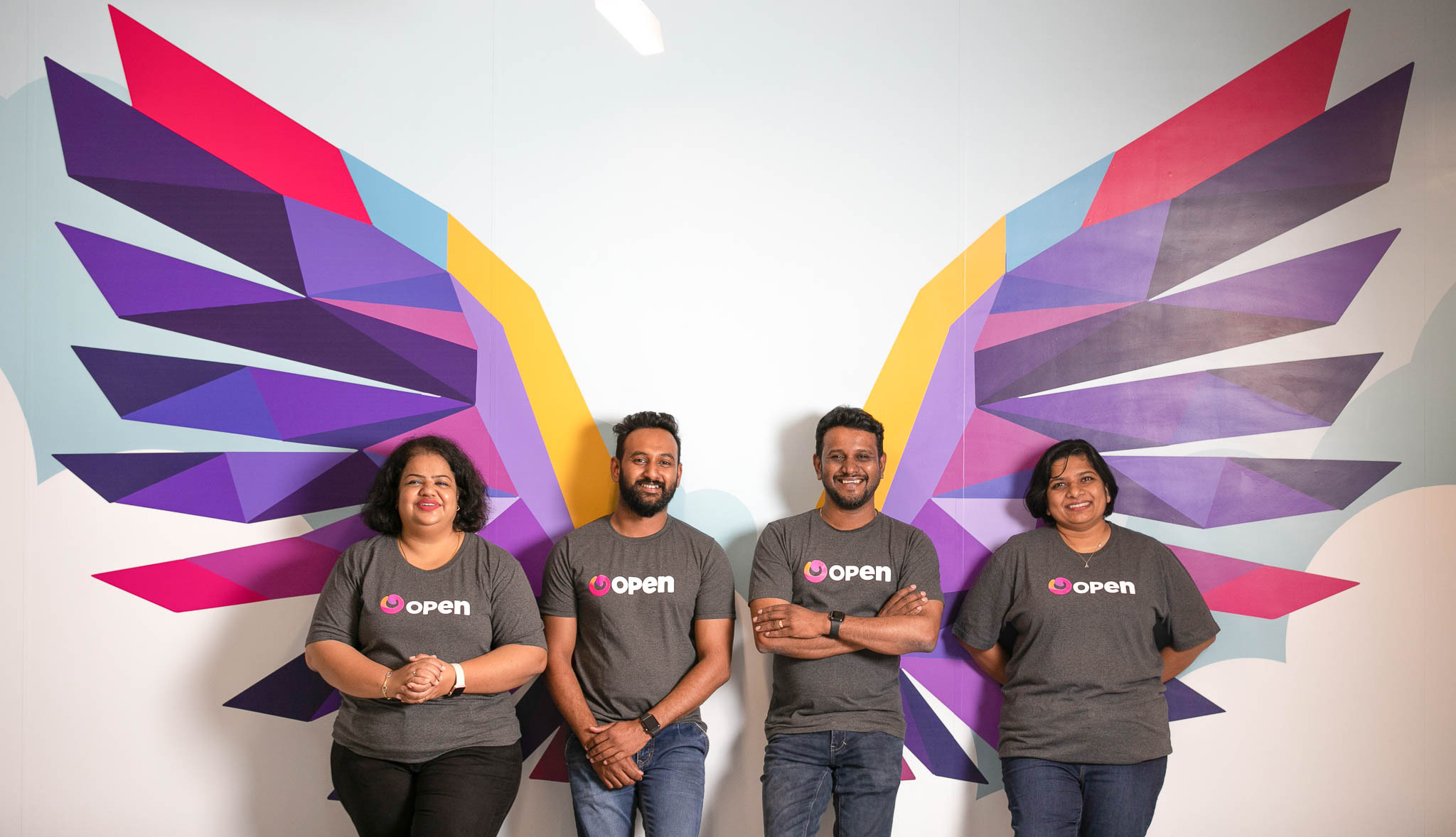 Google Too Bets on This Kerala Fintech Startup

Four youngsters got together and launched a start-up in Kerala four years ago, just like thousands of dreaming youth have been doing. Well, to be more specific this foursome focused on fintech to come up with a neo-banking platform for small and medium enterprises and startups.

What is so special in starting a start-up, one may question, given the pace at which start-ups are exploding in numbers – is a testimony to the entrepreneurial spirit of the country.

Here, in this particular case, the fintech start-up Open – founded by Anish Achuthan, Mabel Chacko, Deena Jacob, and Ajeesh Achuthan in 2017 has grown into an entity in which global majors have put their faith and money. It provides a modern banking platform for SMEs and startups.

Nurtured and mentored by the Kerala Startup Mission (KSUM) a technology business incubator set up by the Kerala state government one and a half decades ago, the fintech startup Open has successfully raised $100 million from major global firms, including internet giant Google. Incidentally, the total money raised by the start-up so far has touched the $137 million mark.

Open, a neo-banking platform for SMEs, netted this huge investment, amounting to more than Rs 753 crore, in a Series C financing and it would use the funds to accelerate its future plans.

Singapore’s sovereign wealth fund Temasek led the round of funding, and Google and Japan’s SBI Investment, as well as existing investors Tiger Global and 3one4 Capital, participated in it.

Already, the startup has partnered with over a dozen top banks in India.

In fact, the functioning of Kerala’s startup mission is like that of other central government and state governments’ initiatives focusing on projects aimed at unleashing the entrepreneurial spirits of the people. Central government’s Startup India programme, to cite an example.

Commenting on the fresh investments from global majors into the startup, John M Thomas, CEO, KSUM, said “it is a major achievement for a startup from the state. It shows that our startups are highly competent to attract investment from big global players. This also comes as an encouragement for other promising startups in our ecosystem.”

“We are delighted to have Open in our startup ecosystem and I congratulate the founders on achieving new heights. We are certain that the firm will come up with more critical solutions for the fintech sector,” he said.

Anish Achuthan, Cofounder and CEO, Open, said the firm plans to use the fresh funds to strengthen and accelerate its new product lines – Zwitch, an embedded finance platform, and Banking Stack and the cloud-native SME banking platform for financial institutions. Its technology is currently deployed in over 15 banks in India.

“We are helping banks build their own new-age digital banking platforms and also offering solutions to other fintech startups to build their embedded finance, and the current round of funding has come at the right time,” Achutan said.

Open’s platform has already grown to over one lakh SMEs and processes over $5 billion in transactions, the company claimed. It also added over 20,000 SMEs every month, making it the fastest-growing SME-focused neo-banking service globally.

Open today employs nearly 500 people and is planning to expand to international markets such as Southeast Asia, Europe, and the U.S. The funding of Open is the latest in a series of investments made by Google in India in the past year.

Kusum, the nodal agency of the Kerala Government for entrepreneurship development and incubation activities has been nurturing talent in this sphere. It set up Fablabs (Fabrication Laboratory) at Thiruvananthapuram and Kochi in association with the Center for Bits & Atoms, MIT, USA.

A Fablab is a technical prototyping platform, where people can design and build their own technology. Fab labs aim to provide a stimulus for local entrepreneurship and serve as a platform for learning and innovation. At these labs, people with minimal training can work and develop technology for personal and commercial use. They also connect the global community of learners, educators, technologists, researchers, and innovators.