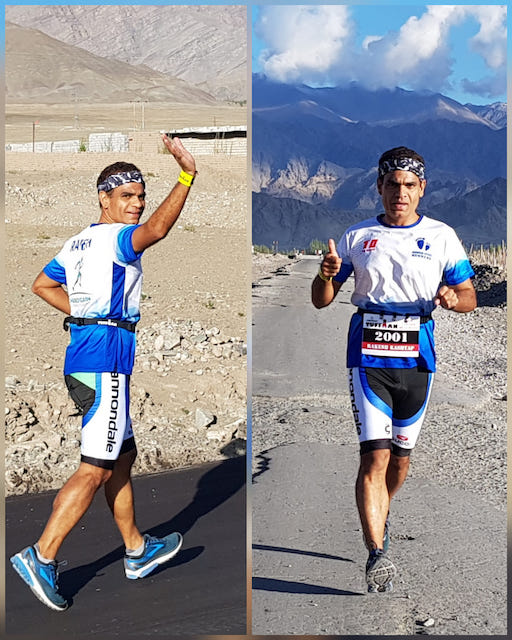 When Age is Just a Number!

A construction businessman and an engineer by education, Kashyap developed a penchant for marathon running after a chance meeting with a friend that led him to join the Chandigarh Distance Runners group and ever since then, there has been no turning back.

He has won an array of awards and accolades for his marathon running excellence which continues to prosper at the age of 53. In his upcoming endeavour, he will be participating in the 246kms ultramarathon in Athens, Greece.

How did it all start? What made you decide upon marathon running or fitness in general?

Initially my inspiration sparked with the realisation of the age difference between my cousin’s friends and me. They were just 21 when I was 47. That’s the age when most people look after themselves in terms of fitness. I learnt about marathon running from them. I visited the place where I noticed a group of people running along with their gurus which inspired me furthermore. Eventually, I encountered a friend of mine from Shimla who resides in Chandigarh. He introduced me to a group called Chandigarh Distance Runner, which I decided to join later. The group was particular about running 21 kms every Sunday. That turned out to be beneficial for my practice as well, and ever since then, there has been no turning back!

I started competing in marathon races and I sometimes ran more than 30-32 kilometres in the 21kms drill because of my ever-growing interest towards this sport.

You mentioned that you eventually started running more than 21kms in the drill to stay ahead of the group. How did this transition into you participating in Ultra Marathons like the Leh-Ladakh marathon or even the Kerala Marathon for that fact. What is the story behind your consistency even after 50 years of age?

Any marathon that is higher than 42kms is called an Ultra Marathon. I always used to practice for these types of marathons with the group.

I later participated in the Tough Man Shimla (50kms marathon) where I realised that my potential was way higher than a 50kms marathon, since I didn’t get much tired in that run. So, I started challenging myself by setting my weekly target to 100kms. This challenge has played a huge part in my overall improvement because each race depends upon the preparations and constant practice runs.

Are there any special techniques, machines, exercises, or routine involved in these preparations? What does your fitness routine look like?

While preparing for major runs we also participate in a 100-day challenge where a person cannot run less than 2kms in a day. In this, we calculate the total distance covered during these 100 days. During my first 100 days, I ran around 2140kms.

Eventually, with practice, I averaged around 35kms daily for the next 100 days challenge covering a total distance of 3500kms in 100 days. So, it really depends upon a person’s will and desire to push further ahead. Diet also plays a major role in overall development of the performance. High protein diet and sleep is essential for recovery because of the constant wear and tear of the body and muscle.

What motivates you to wake up every day at 3 am and give your best while everyone else is sleeping?

My passion for the sport is the driving factor. It is like an addiction for me. If a person has to wake up at 3 am then he has to be disciplined and make habits that benefit his performance. Sleeping is very essential. At least 6-8 hours of sleep is required to run around 40-50kms daily.

Were you a sportsperson during your younger days?

No, I just used to play table tennis or any other sport just out of interest and not professionally until now. The first ever marathon that I participated in led to the fame and status that I have garnered now as a professional athlete.

What is the first thought that comes to your mind after finishing any marathon race?

If you ask any participant about their first thought after finishing the race, I am pretty sure that their answer would be the same, that is to never compete again! However, it is all because of the heat of the moment or the mental toll that the run takes. The feeling of accomplishment that comes along with finishing is what marathon athletes live for!

We would like to congratulate you for your participation in the upcoming 246kms Spartathlon Marathon in Greece which is considered to be one of the toughest marathons in the world. How important is a strong mind set for these sorts of challenges?

Thank you so much. It is indeed one of the toughest marathons in the world. An athlete has to complete 160kms in 21hours to be eligible for this ultra-marathon. I qualified for the event by completing the Jaisalmer border marathon.

80% of any marathon depends upon how strong your mind and will is. No matter how hard you train physically, training for a strong mindset will always lead you to success.