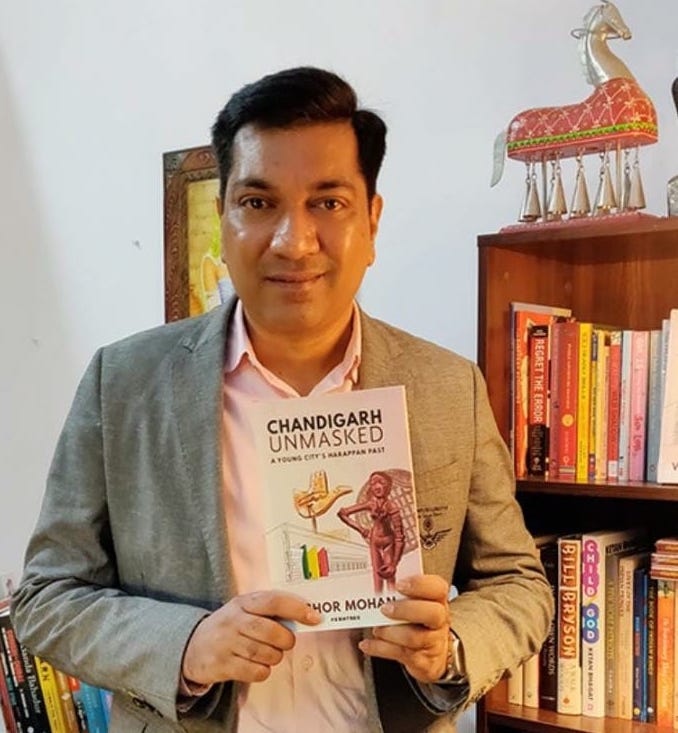 Unmasking The Tales of Chandigarh

A well-knit memoir that celebrates the idea of Chandigarh, senior journalist Vibhor Mohan’s latest book ‘Chandigarh Unmasked: A Young City’s Harappan Past’ beautifully traces the city’s ahead-of-its-time urban planning which comes with a sense of orderliness that brings a rhythm to our lives.

Speaking on the occasion, the Administrator said, “There are many interesting stories from the making of Chandigarh. The Governor House was earlier planned in the Capitol Complex and I am told that it was named Governor’s Palace and because of the name itself, the project never came up. I am looking forward to reading the book. It would make very interesting reading.”

“There was a time in the 1960s when people were not willing to settle down in the city of Chandigarh. The land was being given for pittance but today the city has one of the highest land prices. Le Corbusier became even more famous because of the Chandigarh project. In the four years I have been here, I have put in the concept of the Tricity because everything is connected,” he added. 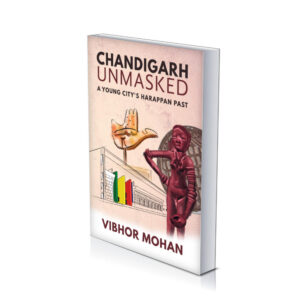 A New Ray of Light

Eminent architect SD Sharma who was associated with the ‘Chandigarh Project’ since the inception of the city from 1952 onwards also shared his thoughts about the book.

He said, “The author has described the landmarks of the city in a new light. He has used his wit to narrate Chandigarh’s story beginning with the prehistoric Harappan connection to the present day. At places, one has to read between the lines to understand the message.”

The Idea of Chandigarh

Elaborating on the book, the author Vibhor Mohan said, “The book ‘Chandigarh Unmasked’ celebrates the idea of Chandigarh. The city’s ahead-of-its-time urban planning comes with a sense of orderliness that brings a rhythm to our lives.”

“At the same time, the book seeks to draw attention to the possibility that the planned, modern city could be located on an equally well-planned prehistoric Indus Valley Civilization site buried underneath. What if India’s first modern city stands on a glorious prehistoric past?” he said.

“The book is also about the growing aspirations of Chandigarh’s youth. The city of roundabouts often finds itself at crossroads when it comes to changing with the times. The book seeks to highlight their dilemma as well,” he added.