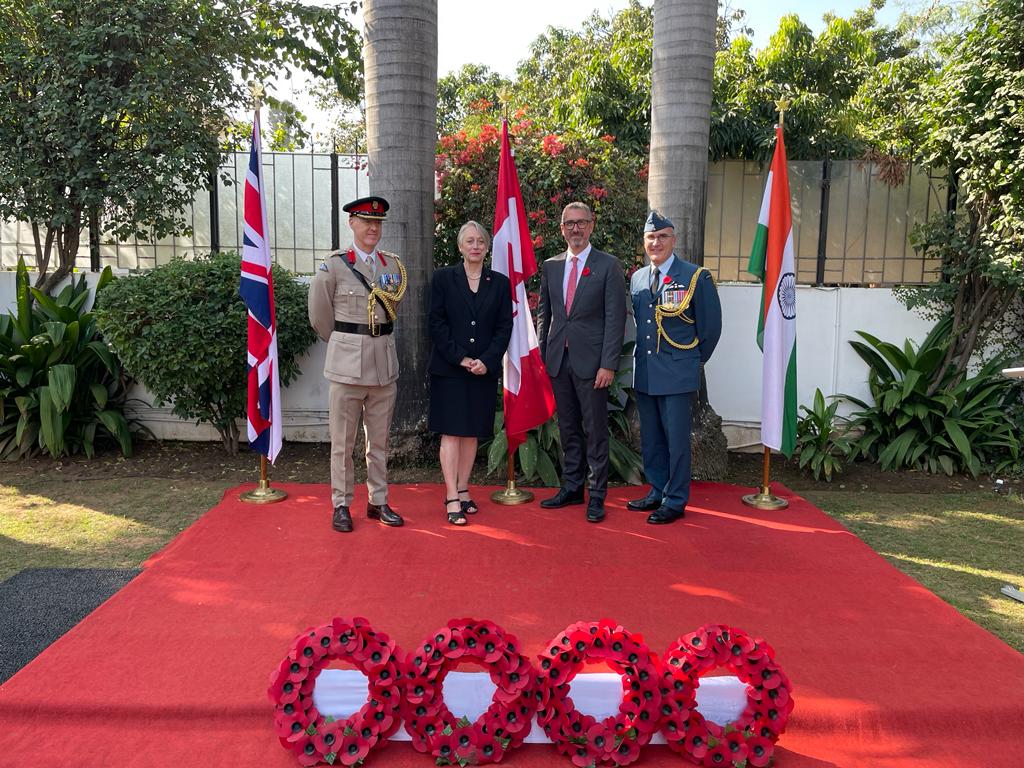 Uniting Across Faiths and Cultures

The Consulate General of Canada and the British Deputy High Commission in Chandigarh hosted a joint Remembrance Day ceremony to remember the members of armed forces of Canada, UK and India who died serving their countries.

Speaking on the occasion, Consul General of Canada Patrick Hébert: “We gathered today in Chandigarh to honour the women and men from Canada, the UK and India who served, and continue to serve, to defend our shared values in times of war, conflict, and peace. I am grateful for all the friends of Canada who joined us to pay tribute to those who have lost their lives while defending freedom, peace, and democracy”.

British Deputy High Commissioner Caroline Rowett mentioned, “On 11 November, we unite across faiths, cultures, and backgrounds to remember the sacrifice of the Armed Forces community from Britain and the Commonwealth, and to reflect on what we have in common. Men and women of different backgrounds, colours and creeds came from across the Commonwealth to play a crucial role in defending the freedoms we enjoy today. As we remember their sacrifice, we must all continue to strive for a better and more peaceful future.”