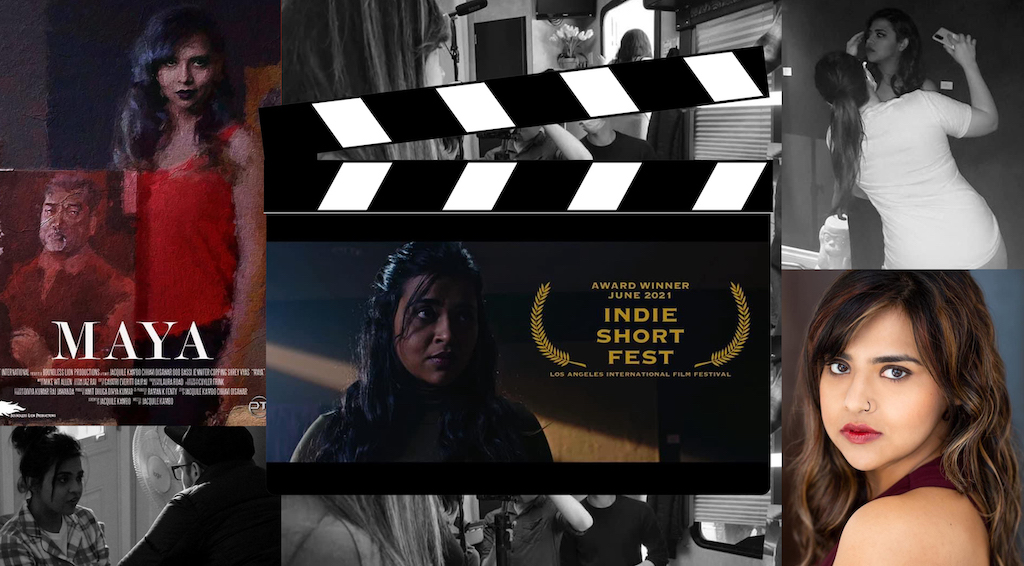 The World’s Her Stage!

Chandigarh-based Chhavi Disawar is today a renowned actress and producer in the global entertainment industry. The journey which started with a genuine love for cinema, eventually led her to take up different roles including that of a radio host, journalist, actor, and a Producer. And needless to say, she has aced every role that she ever took up. Presently settled in British Columbia (Canada), Disawar is following her passion of acting and production and winning the hearts of everyone alike!

So, in an exclusive interview with Disawar, we discover more about her professional journey, her Chandigarh connection, and a lot more.

Walk us through your journey of venturing into the entertainment industry. How did it all start?

The stage was always something that I loved. I enjoyed performing for people. It took me to another plane, to be honest, but like any other Indian Good Girl, I didn’t want to break my parent’s hearts by telling them what I really like. So, I kept finding different options which I thought were closer to drama. These included working as a radio host, and journalist. However, one day it just stopped working. So, I took a step back, went back to school and here we are, learning and enjoying it every single day!

Your latest movie Maya is seen to be setting new benchmarks with each passing day. Tell us more about your role in the same?

Maya is really close to my heart for a couple of different reasons. It was a concept that I had for a long time. It’s funny that it started because of a dream, and eventually I could not give up on thinking about that story.

Secondly, the team that was built around it, made me find a family away from my family in them.

It is a complex character that shows how guilt, seeking validations and attachment, for one thing, can leave a person with obsession and they forget the line between right/wrong, real/imaginary and much more!

What are some awards and recognitions in your kitty?

Who has been your source of inspiration for all this while?

I think that is my heart and the power of cinema. The power of performance and how perceptions can be changed by films is something that truly inspires me.

Tell us more about your Chandigarh connection?

Chandigarh is still my first love. I cannot forget that city. In imaginary scenarios, I keep thinking about how all those happening places look like now, where we used to hang out. Cannot wait to actually come back for some amazing collaborations.

What do you miss the most about Tricity?

Definitely the vibe, people and food. There cannot be any competition!