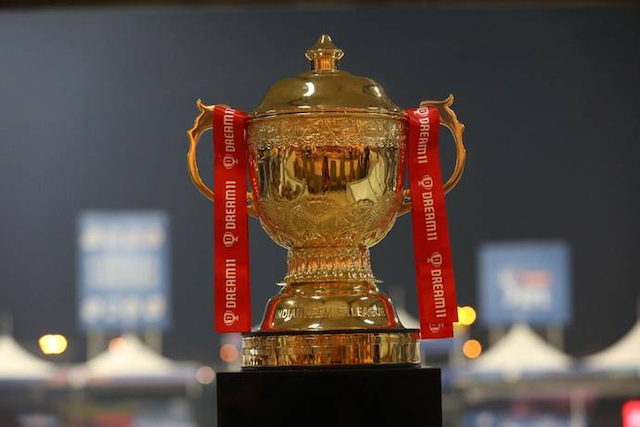 The Countdown for IPL Trophy Has Now Begun!

The cricket fever has now beaten the viral fever that the pandemic had brought along and had brought our life to a near standstill. As we head towards a nail-biting finals after 10 days, we talk to the top experts on who according to them is going to make it to the finals and bag the IPL trophy this time!

Vijay Lokapally: Vijay Lokapally has written on cricket for over three decades. He is a widely travelled cricket scribe with the distinction of having reported extensively on the game from practically every international venue.

It has been a highly competitive Indian Premier League in UAE with the BCCI pulling off a near-miracle – not one untoward incident to disrupt the tournament. It is a tribute to the organizational skills of the BCCI and also to the players who have produced some scintillating stuff.

The eternal favourites, Chennai Super Kings (CSK), came a cropper this season even as Mumbai Indians, Royal Challengers Bangalore and Delhi Capitals have played to their reputation. Mumbai Indians have made it to the Playoffs end form has dictated the progress of these teams. Can they stop Delhi Capitals progressing beyond the league stage would be interesting to see.

However, one team which fans of the game would love to back is Kings XI Punjab, coached by the legendary Anil Kumble. The team has the right balance with KL Rahul at the helm and Chris Gayle, who reached the 1000-T20 sixes distinction in the match against Rajasthan Royals, backing their aspirations with his experience. The brand of cricket that Kings XI Punjab displayed stood out in the league stage even though they face a situation where they have to win their last match of the league against CSK.

RCB is a win away from sealing a playoff slot and would look to put it across Sunrisers Hyderabad, who face a must-win situation. Even as a Delhi Capitals-RCB title match holds promise of a cracker of a contest I would love to see Kings XI Punjab clashing with Mumbai Indians in the final. Gayle vs Kieron Pollard could set up a dream treat for the fans, not to forget a Rahul vs Hardik Pandya battle in the middle. Of course, this can happen provided Kings XI Punjab puts it across CSK in its do-or-die battle.

VRV Singh: Vikram Raj Vir Singh, commonly known as V.R.V. Singh, is a former Indian cricketer who was a member of the Indian cricket team. He is a right-arm fast-medium bowler. He is considered as one of the few genuinely fast bowlers India has produced over the last decade.

I firmly believe Mumbai Indians and Royal Challengers Bangalore have great potential to reach the IPL 13 finals. Mumbai Indians is an experienced and a balanced side who have reached finals lot of times. Hardik Pandya and Suryakumar Yadav are in supreme form. Jasprit Bumrah has also been doing well.

As far as RCB go, what comeback they have done in the tournament under Virat Kohli’s captaincy. 20-year-old Devdutt Paddikal has been find of the tournament for RCB.

The IPL has been fabulously exciting in parts though a little insipid at other times. Delhi Capitals were outstanding to start with but their performances have petered out They will hope to get their act together again Mumbai Indians have been impressive but Rohit Sharma’s fitness is a concern. RCB have surprised everyone and I think it is their bowling which has done the trick because their batting still revolves around ABD and Virat Kohli. The fourth team likely to qualify for the qualifying rounds is a toss between KXIP, KKR and RR all have the potential to trounce the Big 3 on their day!

Which means that the final stages of the IPL will be a rollicking affair. Stars like AB Devilliers, Ben Stokes, Kagiso Rabada and Joffra Archer have shone in patches but the business end of the tournament will bring out the best in them. Indian stars Virat Kohli and KL Rahul are atop the batting charts while Jasprit Bumrah, Mohd. Shami and Yuzi Chahal top the bowing charts. Some brilliant catches and saves have added to the lustre of the IPL once more!