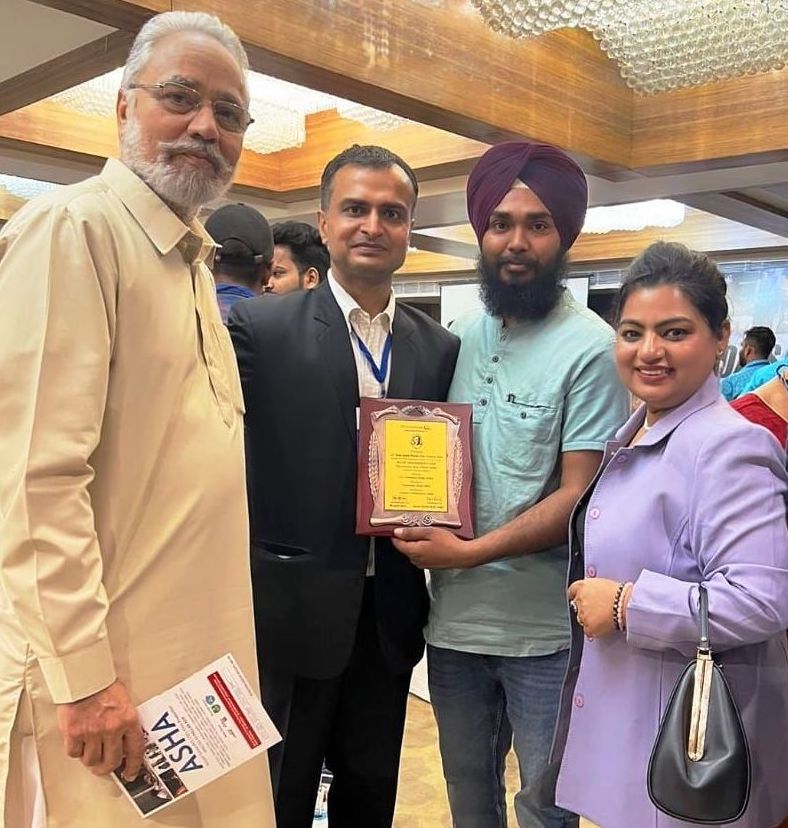 A docu-drama based on the life of the hero of the first war in the Poonch area, Brig. Pritam Singh has been adjudged as the Best Punjabi Documentary to win the 12th Dada Saheb Phalke Film Festival 2022 held yesterday evening at Noida.

‘The Saviour: Brig Pritam Singh’ has been produced by Chandigarh based Karanvir Singh Sibia and has been written and directed by Dr Paramjeet Singh Kattu.

The 80-minute docu-drama captures the bravery of the Indian army under the leadership of then Col. Pritam Singh who led the 1 PARA Kumaon regiment and fought the first battle with the Pakistan Army battle of Shelatang on 7th November 1947 and they were able to recapture Baramullah, Uri, and later moved to Poonch with just 419 troops and liberated 600 miles of area, from invaders from across the border, and saved the lives of over 55,000 refugees.

“Brig Pritam Singh is an unsung, little-known hero of the first Indian war, the true saviour of Poonch, whose story needed to be shared with our generation and the future ones,” says Karanvir Singh Sibia.

The film also briefly covers the world’s greatest escape when during World War II, as Captain in the British Army, was captured in Singapore, from where he escaped and treaded treacherous 3300 miles for six months on foot through Malaya, Thailand and Burma to reach Indian border and was adorned with Military Cross.

In recognition of his services to the nation, the Sikh high priests at Akal Takhts Golden Temple unveiled his portrait at the Sikh Museum on 12th April 2022.

The role of Brig Pritam Singh is acted in the film by very talented actor Dhanveer Singh. The festival was also attended by the renowned Painter Sidharth, Executive Producer Ms Shiwani Sokhey & Preetinder Kaur from the team of ‘The Saviour’

The producer, Karanvir Singh Sibia who is closely associated with preserving the Punjabi heritage and culture and has been curating heritage festivals in Sangrur, said that there is a need for more support from the government authorities and private financers to fund such public-service documentation of such events and personalities of historical and cultural importance for our prosperity.

Dr Paramjeet Singh Kattu is an award-winning writer and director and Professor of Punjabi at LPU Jalandhar. With his PhD in Punjabi literature, Dr Paramjeet has made four award-winning film projects as Adda Khadda, Stray Star & Teaseailure and Docu-Drama The Saviour: Brig Pritam Singh.

Dada Saheb Phalke Film Festival has been celebrating the birth anniversary of legendary filmmaker and father of Indian cinema on 30th April every year for the last 12 years, recognizing the new age cinema and experienced film-makers, with a representation from over 110 nations of the world.