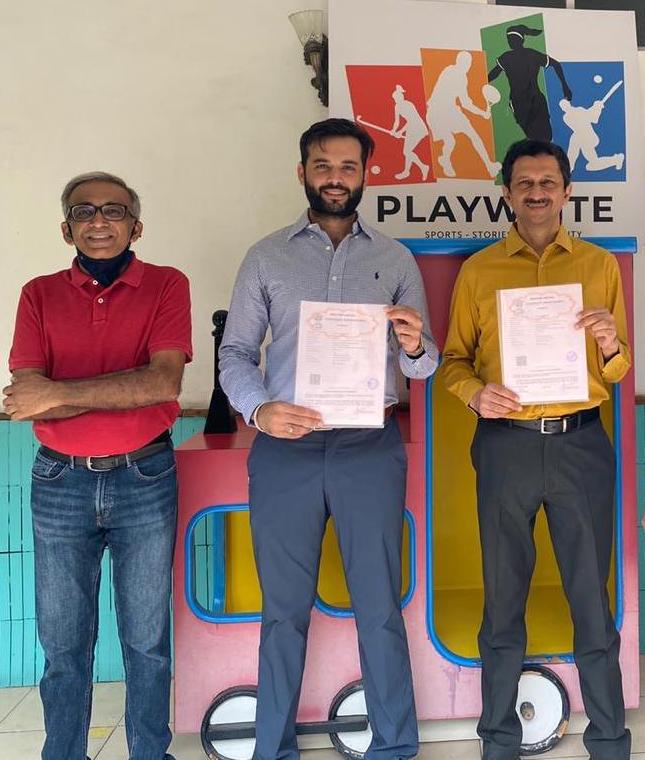 India’s premier sports literature festival, PlayWrite has never failed to surprise sports lovers with its unique initiatives and this time, the foundation has broadened its horizons by venturing into sportsperson management. In the first-of-its-kind collaboration in the region, PlayWrite has signed up as the Manager of ace Indian Shooter Gurjoat Singh Khangura, who is a part of the core team of Indian shooters for the Tokyo Olympics 2021 in shotgun skeet event.

As per the terms of the Representation Agreement signed between PlayWrite and Gurjoat, PlayWrite will represent Gurjoat for all endorsements and commercials.

Being a non-profit foundation, all funds received by PlayWrite from representing athletes will be used for Project Pink of PlayWrite foundation that encourages young girls to participate actively in sports.

The Agreement was signed in the presence of Chitranjan Agarwal and Vivek Atray who are the Co-Founders of PlayWrite.

Speaking at the occasion, Mr Atray said, “PlayWrite aims to hone young upcoming talent which will enable India to be an Olympic powerhouse in the years to come.”

Mr Agarwal further added, “an athlete should focus on their primary goal of excelling in their chosen sport and everything else should be the responsibility of a professional team.”

With this initiative, PlayWrite has emerged as the first-of-its-kind Sportsperson Management agency in the region. The team of PlayWrite is affirmative about signing other budding sports personalities and provide them with the right support that they will need at every juncture of their sports career.