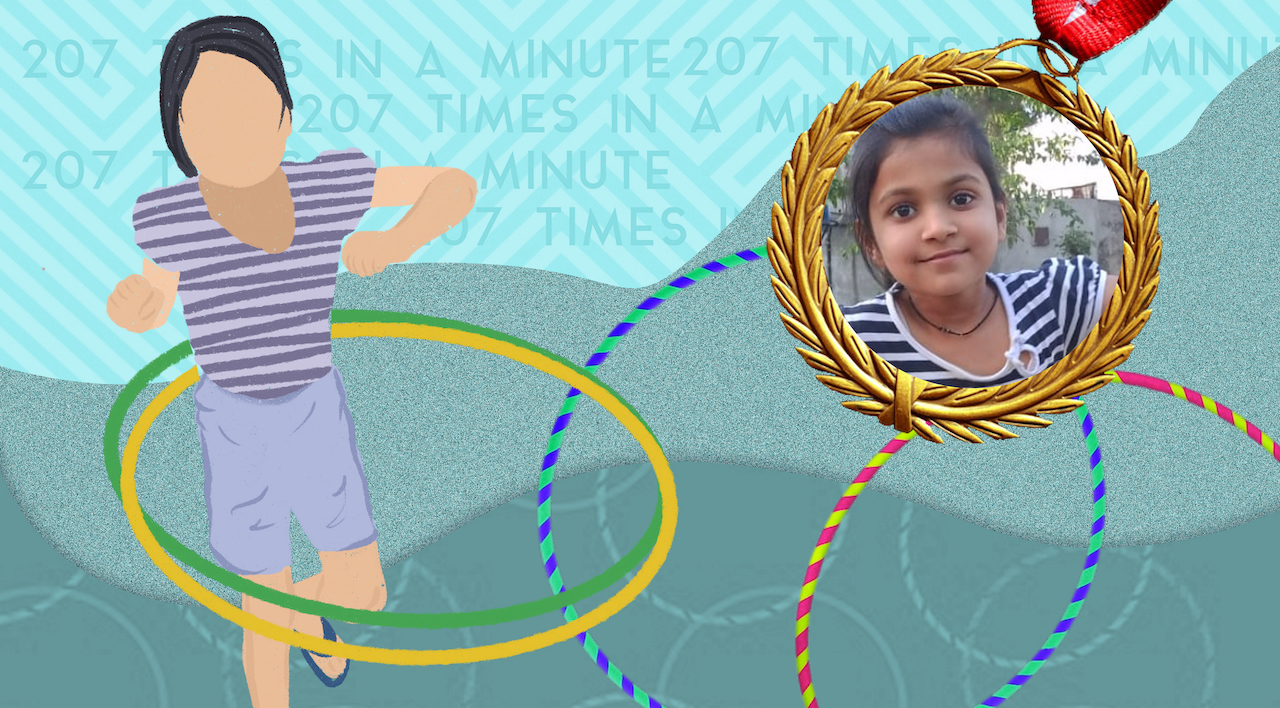 Popularly called as the Google Girl, Vaishnavi Gupta is now the ‘Hula Hoop Girl’ and rightly so, after she has made a world record.

Vaishnavi of Panchkula, who is known as the ‘Google Girl’ has become the ‘Hula Hoop Girl’ now after she made a world record of rotating hula hoop around her waist 207 times in a minute, that too by standing on just one leg. The ‘Triumph World Records’ acknowledged the remarkable accomplishment of 9-year old Vaishnavi and the record got registered on March 21.

So, we at Tricity Scoop, spoke to Vaishnavi to know more about her inspiration and what it took for her to master this art and set a world record. 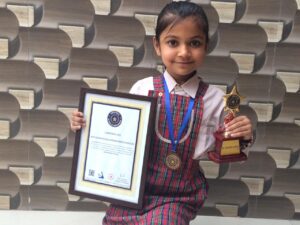 From being the ‘Google Girl’ to becoming the ‘Hula Hoop Girl’, what inspired your journey for all this while?

“When I was two years old, I would ask my father a lot of questions. The first thing my father taught me were the states of India and I was able to learn them all in just one day,” says Vaishnavi.

“That’s how she started her ‘Google Girl’ journey at 2 and she wins accolades for her memory. Once she is told about something, she doesn’t forget it,” says Sumit Gupta, her father, adding that since the last two years she has learnt a lot with her mother Rakhi and today her general knowledge is truly commendable.

“When Vaishnavi was in UKG she participated in a dance competition at KB DAV School. She had to do the Hula Hoop and she was unable to do it and she started crying when she came back home,” he adds.

“My father started to make me practice the hoop with the help of a video and I grasped it quickly. Through regular practice, I started doing the hula hoop very well. During the lockdown, my father helped me practice more through YouTube videos. Gradually I started enjoying it and managed to set two world records,” adds Vaishnavi.

What triggered your interest in Hula Hoop? How long did it take for you to master this art and create a world record?

“For the first record, I and my mother took six months to practice as I needed to do so on my knees and for the second record it took eight months. I stood on one leg and managed to do 207 rotations,” shares Vaishnavi.

Who has been your source of inspiration for all this while?

“My mother often watches motivational videos when she is free and shows them to me too. We were all greatly inspired by them to move ahead and achieve something extraordinary,” says Vaishnavi.

Now that you already have two records in your kitty, what’s next?

“By breaking two world records, Vaishnavi has made us as well as Haryana and her country proud. We are lucky to have a daughter like her. May God bless her, and I am reminded of the slogan, Beti Bachao, Beti Padhao,” say her parents. Beti Bachao, Beti Padhao is a campaign of the Government of India that aims to generate awareness and improve the efficiency of welfare services intended for girls in India.

Vaishnavi adds emphatically, “Presently, I am preparing for two world records, one of which is hula hoop and the other one is with a flag. Rest you will get to know when I set another record!”